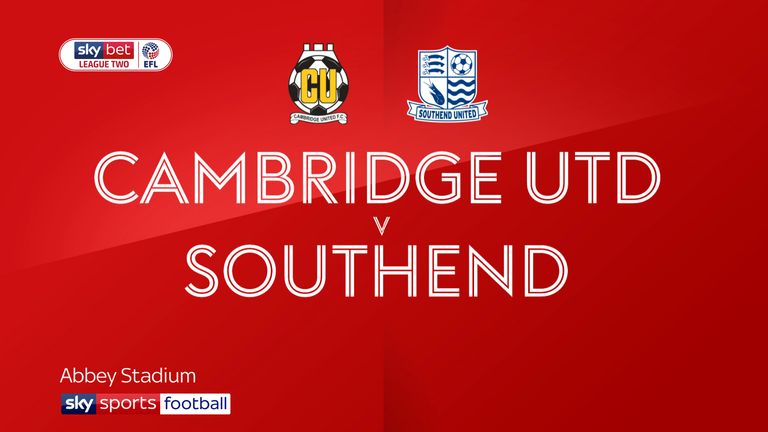 Southend moved out of the relegation zone for the first time since October with a hard-earned point from a goalless draw at League Two leaders Cambridge.

The Shrimpers could have scored in unusual circumstances after 12 minutes when goalkeeper Mark Oxley’s free-kick from inside his own half almost bounced over his opposite number Callum Burton before being tipped over the crossbar.

The visitors had strong shouts for a penalty turned down just before the half-hour mark when it looked like Ash Nathaniel-George had been tripped by Jack Iredale.

Cambridge went close to breaking the deadlock five minutes before the break when Paul Mullin slotted the ball through to Adam May, whose effort was well parried by Oxley.

Southend continued to threaten after the break with Kyle Taylor pulling the ball back to Simeon Akinola in a great position, only for the hosts to block well in front of their own goal.

Emile Acquah set up an effort for Taylor to blast wide and – with 12 minutes left – Cambridge struggled to clear a corner and Timothee Dieng headed a clear chance over as neither side could find a way through.