January transfer deadline day has fast become the most exciting date of the year for Joshua King.

12 months and plenty of rumours later, King has finally secured his return to the Premier League as Everton swooped to seal a £5m deal on Monday night. 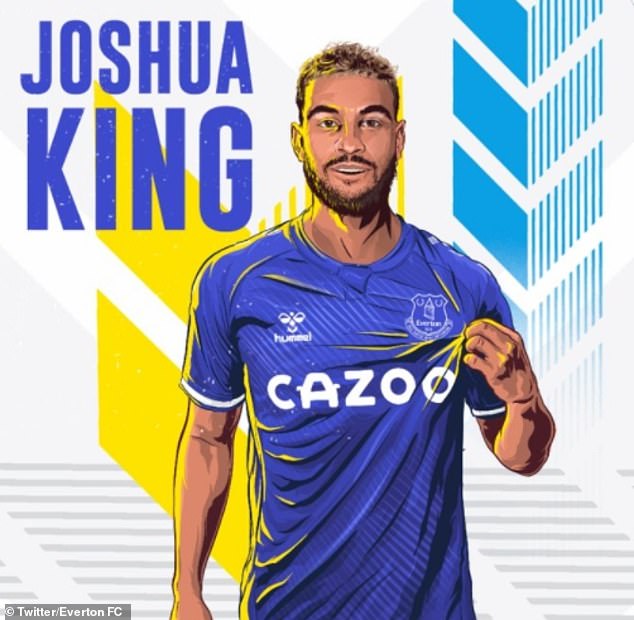 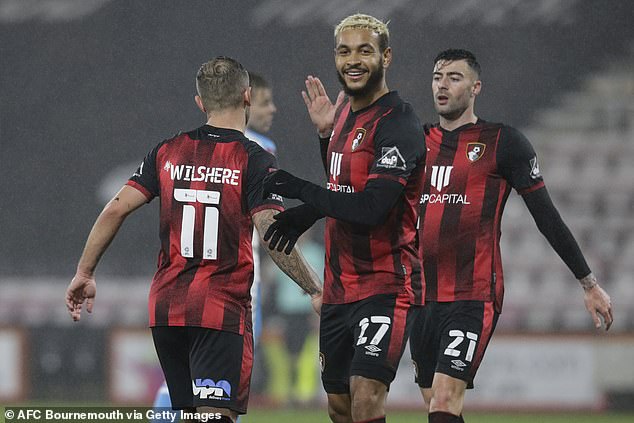 The intervening year has been a rocky one for the 29-year-old and Everton will hope his very underwhelming goalscoring record in that time is more down to his disinclination to be at Bournemouth than any fading of his undoubted talents.

King has scored just three times for Bournemouth all season and those goals came against League Two opposition in the form of Oldham Athletic and Crawley Town in the FA Cup.

A shortage of fitness, a thigh problem, a recurring back injury and a positive Covid test in November have all been mitigating factors in explaining the fact King has started just five Championship games all season.

But, let’s be honest, King has made no secret of his disdain at playing in the second tier after the drama of his collapsed move back to Old Trafford and rejected bids from West Ham and Torino following Bournemouth’s relegation in the summer.

So his final appearance in red and black was a largely anonymous one as the Cherries were squashed by Reading last Friday night to drop down to sixth in the Championship table. 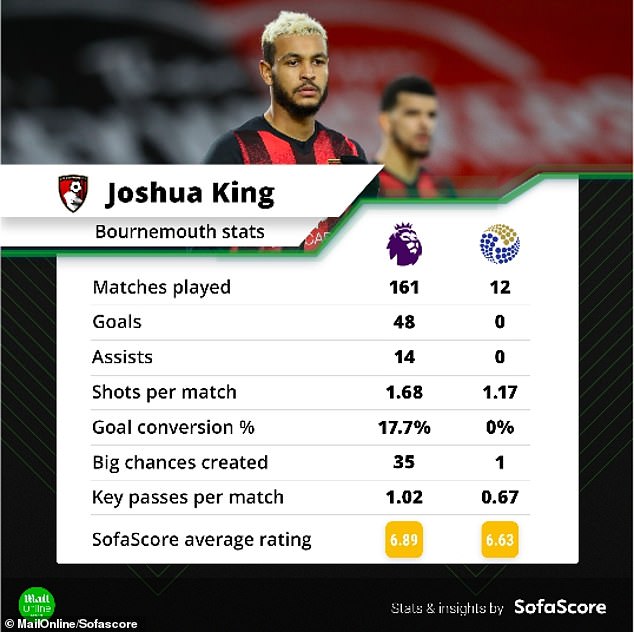 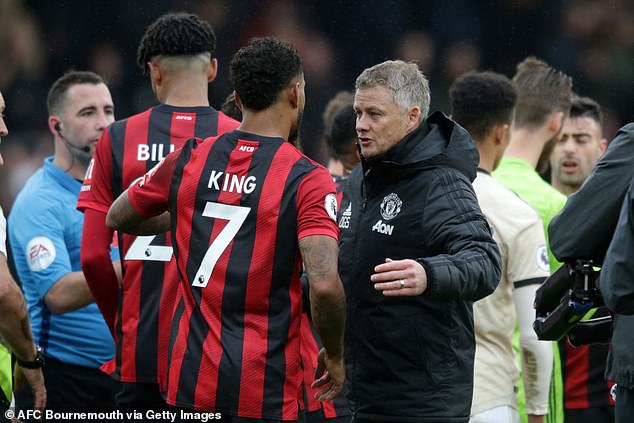 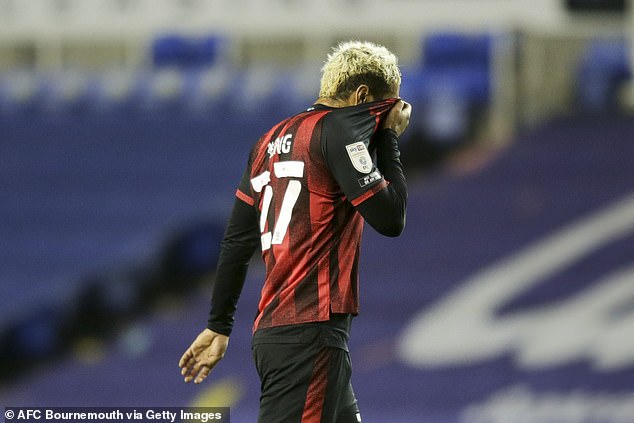 His scoring form has since dropped off, with King scoring only three goals so far this season

Nonetheless, King departs Bournemouth with a record of 53 goals in 184 games, the vast majority at Premier League level, and plenty of memories created for a club who punched significantly above their weight under Eddie Howe.

King actually scored against Everton on the final day of last season as Bournemouth’s 3-1 win was in vain because Aston Villa’s draw at West Ham was enough to keep them up.

A few weeks earlier, he scored and created another as Howe’s side went down 5-2 at Old Trafford. It was almost as though King wanted to prove a point.

But at the time, Bournemouth were fully justified in rejecting what seemed a very generous £25m offer from a United side in desperate need of striker cover with Marcus Rashford and Anthony Martial out injured.

In the end, they took Odion Ighalo on loan from Chinese club Shanghai Shenhua, a left-field move nobody could have predicted. 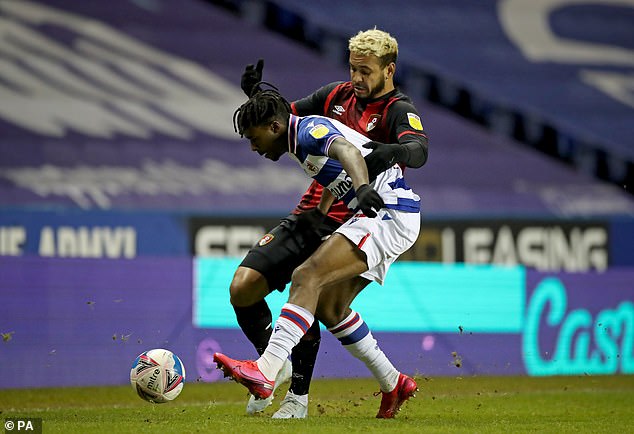 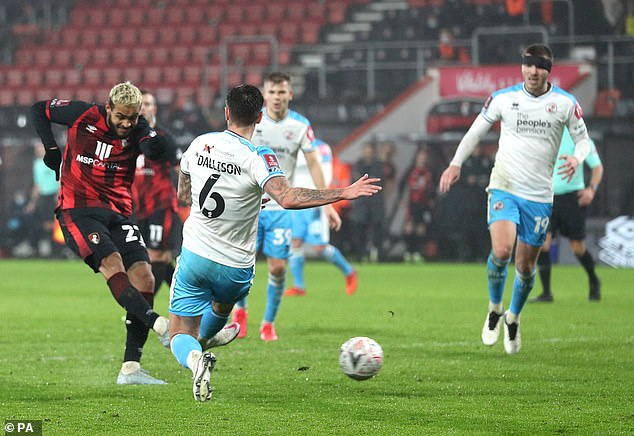 Notwithstanding the ridiculous lateness of the bid, Bournemouth no doubt calculated that if King’s goals kept them in the Premier League, the financial rewards would far outweigh the £25m offered.

It seems King did not forget, however, and after their relegation his true feelings came to the surface in an interview with Norwegian channel TV2.

‘I will not lie, because I really wanted to go there in January, but what happened, happened,’ he said.

‘I know why things happened. We’ll just have to wait and see. I have a dream to play in the Champions League.

‘Whether it will happen this season or in two years, I do not know. But I have a dream about it that all boys have. 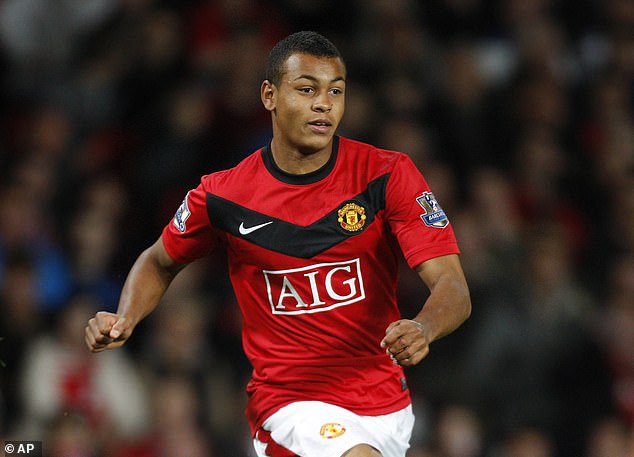 King came through the academy ranks at Old Trafford, playing twice in the first team 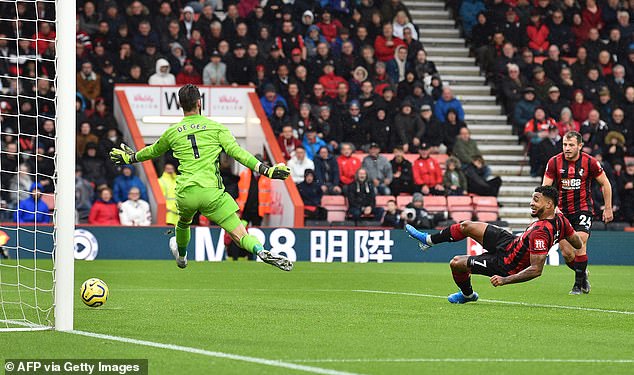 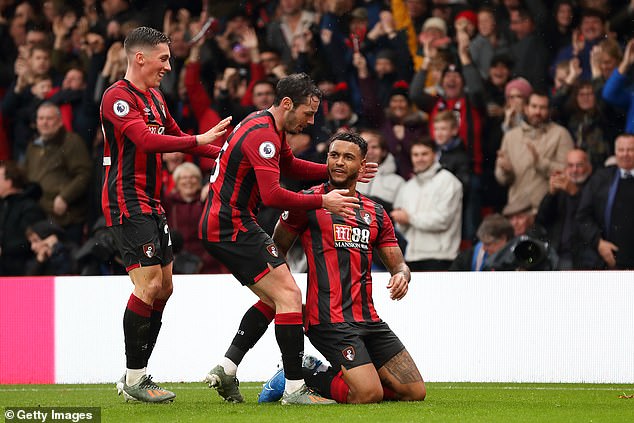 ‘What if United are still interested? That would be amazing. I was at United for five years and I learned a lot there.’

Despite King working with Ole Gunnar Solskjaer when his compatriot coached the reserves between 2008 and 2011 – and Solskjaer giving him a hug after King scored the winner against United in November 2019 – the interest didn’t resurface as they signed Edinson Cavani instead.

But there was genuine interest elsewhere. Newcastle considered both King and his Bournemouth colleague Callum Wilson before opting for the Englishman in a £20m deal.

Tottenham were reportedly interested towards the end of the window, while offers of £13m from West Ham and £7m from Torino fell short of Bournemouth’s valuation. But King wasn’t sold, much to his open frustration.

In another interview with TV2 while on international duty in October, having made just one Bournemouth appearance by that stage, he said: ‘If it had been up to me. I would have already signed for a club and started the season, played four games and been in top form. 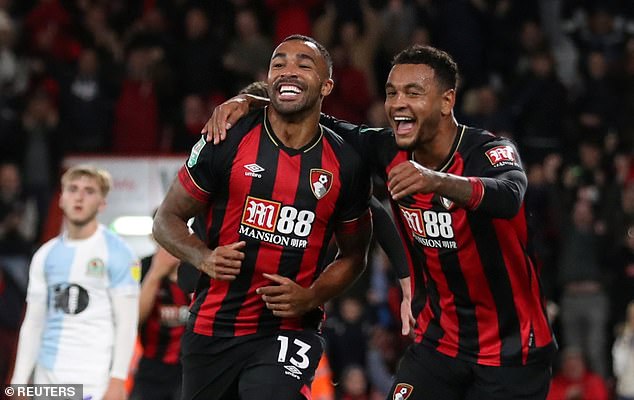 ‘If you’d asked me two months ago if I thought I’d be in Bournemouth after what I’ve been promised, I’d have answered 110 per cent no.’

So his continued sulky presence became an issue for Bournemouth and fans haven’t been impressed.

According to Nettavisen in Norway, King also changed representation to the same firm that works for Liverpool’s Roberto Firmino in September, a sure sign of a player wanting a big move.

Now he’s departed for a cut-price fee of £5m explained in part by his lack of game time this season and in part by the fact his contract expires in the summer and he could have left for nothing.

So what lies in store for him at Everton? Manager Carlo Ancelotti was reportedly the reason King chose Everton over Fulham and Southampton on deadline day. 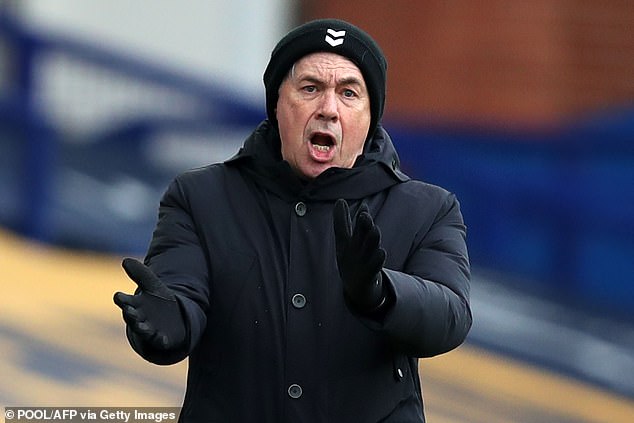 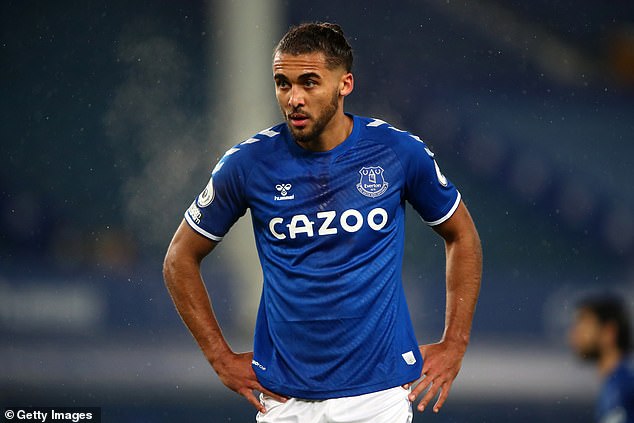 The Italian certainly has the pedigree King is looking for but whether he can realise his Champions League dream at Goodison Park remains to be seen. They are six points off the top four but have a couple of games in hand.

King will find competition tough for places. Their main striker, Dominic Calvert-Lewin, has been brilliant this season and has scored 15 times. He is, however, without a Premier League goal since early December.

The new arrival should be good back-up though and he will get plenty of service from the likes of Richarlison, James Rodriguez and Alex Iwobi.

Everton will hope King can put what has been a disappointing final year with Bournemouth behind him and remind everyone of the qualities he obviously has.