Carles Perez has taken a swipe at Barcelona after allowing him to leave the club for Roma in January.

The 22-year-old broke into the first team at the Nou Camp in the first half of the campaign, making 10 La Liga appearances and netting his first league goal for the club against Real Betis in August.

However, despite an impressive start to the season, opportunities began to try up, and the club did not stand in the player’s way when the Serie A side came calling at the beginning of the year. 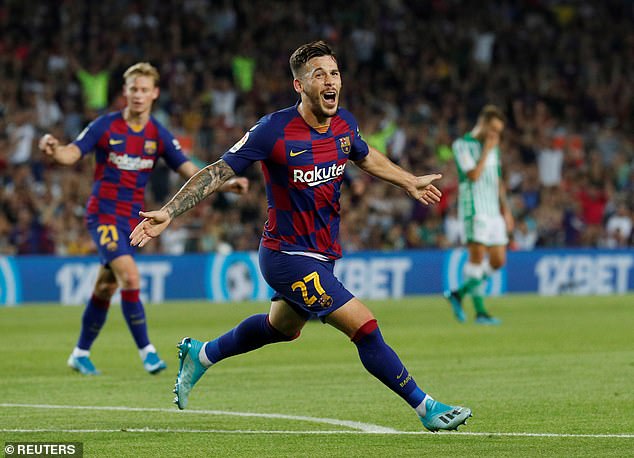 He is now on loan at the Stadio Olimpico, with an obligation for the deal to be turned permanent for £9million come June and Perez believes it shows there is a change in tact in the way Barcelona want to develop their squad.

‘I’m only thinking about succeeding at Roma,’ Perez told Marca.

‘I have four more years on my contract and I’m focused on that. 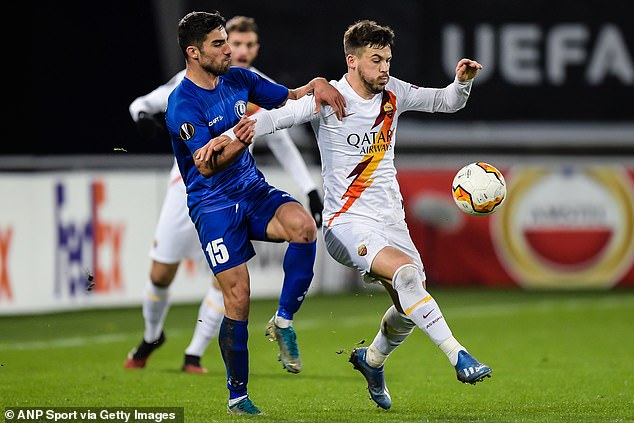 Perez joined Roma in January, initially on loan, with the deal set to be made permanent

‘I didn’t understand my exit, but I respect the decision and thank the club for their treatment of me over the years.

‘People talk about the academy, but sometimes they prefer to spend millions and don’t have patience with young players.

‘That’s how it is. People have to forget my past there.’

Barcelona have spent lavishly on signings in recent windows, splashing out to land both Frenkie de Jong and Antoine Grierzmann.

It is believes they are set to follow a similar path when market reopens next, with both Lautaro Martinez and Neymar understood to be top targets.

Sheffield Wednesday vs Wycombe stopped due to medical emergency in crowd