‘If this is a foul we should all go home’: Roy Keane FUMES after Edinson Cavani’s goal against Spurs is controversially ruled out following VAR review, with Scott McTominay catching Son in the face in build-up

Roy Keane vented his frustration at Son Heung-min and VAR after a controversial call saw Edinson Cavani’s goal against Tottenham overturned on Sunday.

Cavani thought he had put United ahead before the half-time mark when he latched onto Paul Pogba’s pass to slip it past Hugo Lloris.

However, VAR overturned the goal after McTominay’s hand had made contact with Son’s face in the build-up. 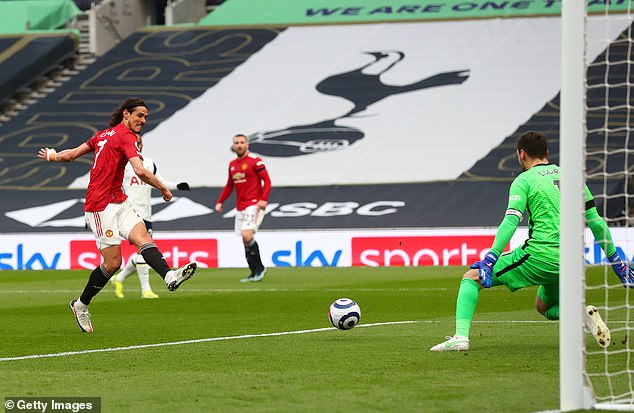 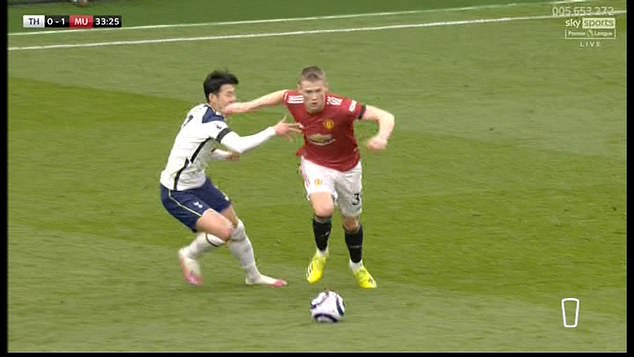 After being advised to check the incident at the pitch side monitor, Chris Kavanagh overturned United’s goal – claiming Son had been fouled after a loose throw of the arm from McTominay clipped his face.

The decision led to uproar from the Sky Sports pundits, with former United captain Keane saying: ‘I’m amazed, really. If this is a foul we should all go home it’s really bizarre. For a player like Son to roll around like that, it’s embarrassing. That can’t be a foul.

‘To be fair Rashford done it two minutes earlier, both sets of players rolling around screaming. Referees are under huge pressure, they’re doubting every decision they give now but clearly he’s got it wrong.’ 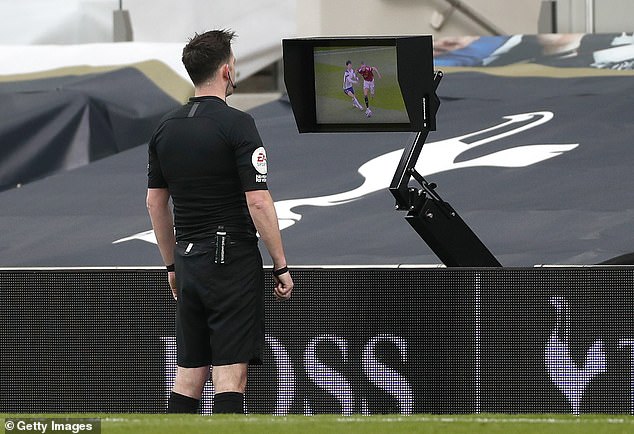 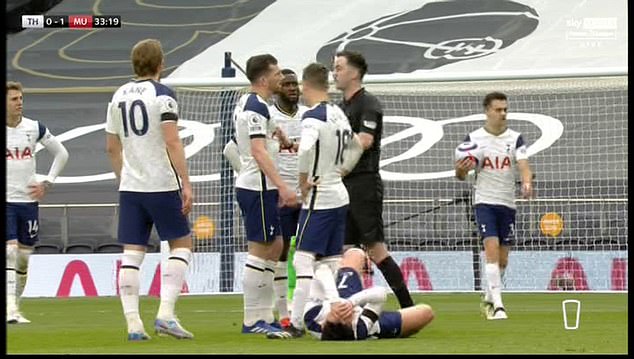 Micah Richards agreed with Keane, saying: ‘It is embarrassing. This is not football anymore. We have a laugh and a joke but this is spoiling our game, I can’t recognise it anymore.

‘It’s an absolutely ridiculous decision and it’s spoiling football. If Chris Kavanagh can go and look at it again… I know VAR put doubt in his mind by sending him to look at that and the players didn’t help him, surrounding the referee which was unacceptable.’

While Jamie Redknapp mocked the decision, saying: ‘What are you supposed to do, run with your arms down? Your arms are always out in football, you’re always trying to use them as leverage.

‘Son tries to grab him so he just pushes him away and sort of flicks him. It’s never a foul, it’s ridiculous.’

The decision also caused outrage on social media with Gary Lineker taking to Twitter to say: ‘It’s extraordinary how ludicrous VAR has become. Not only with their many errors but that it sucks the life out of the game. The joy of celebrating, which is what makes football so special, has been completely diluted.’ 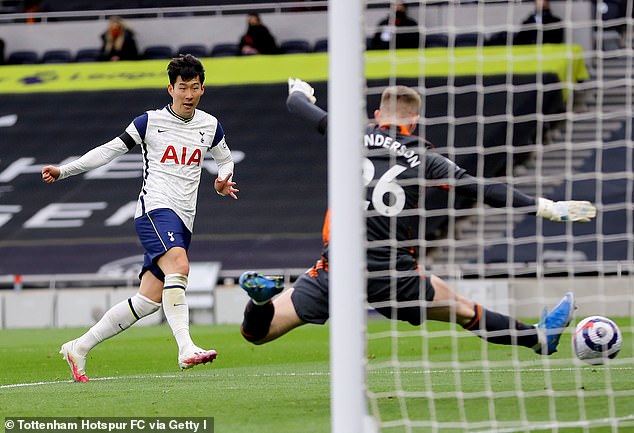 Son added insult to injury by scoring moments after the decision, handing them the advantage 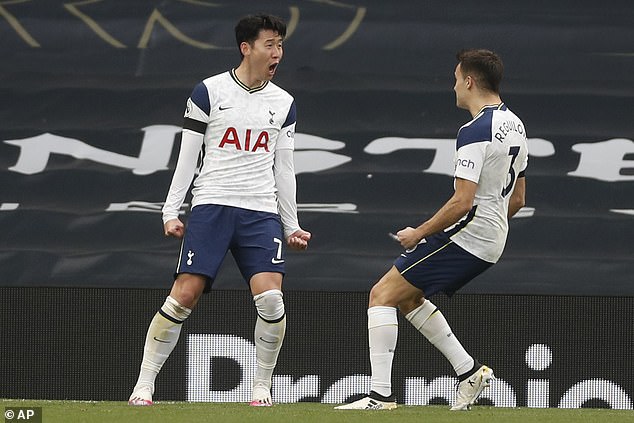 Rio Ferdinand also shared his frustration, saying: ‘My tv is moments away from being on the patio in 100 pieces #var’.

Son added insult to injury by scoring just moments after the decision, handing Tottenham the advantage.

Michael Owen said the nature of the decision was ‘worrying’ and that Tottenham’s opening goal was unjust.

He wrote: ‘Not having that. Disallowing so many goals for minor things. Very worrying. And then Spurs score moments later. We haven’t heard the end of this…..’