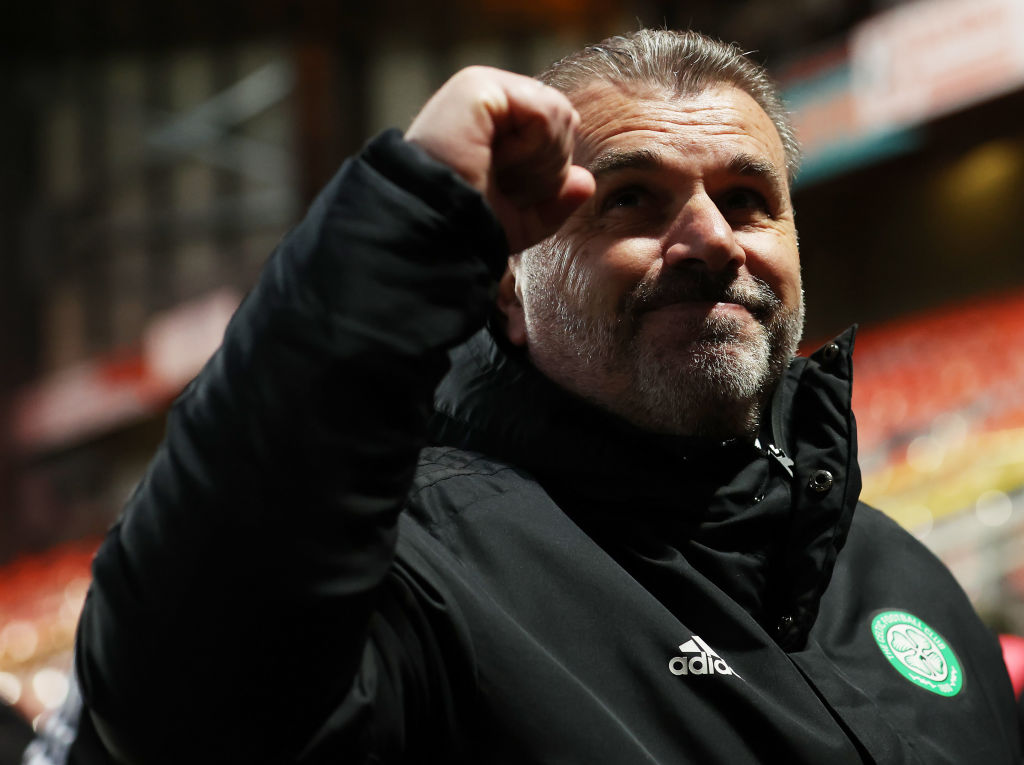 Celtic manager Ange Postecoglou says he ‘just wants to collapse’ after steering the club to the Scottish Premiership title.

The Bhoys secured their 10th league triumph in 11 years after Wednesday night’s 1-1 draw against Dundee United at Tannadice left them four points clear of Rangers with one game remaining.

At the start of the year, Celtic were trailing Rangers by six points and have needed a 31-game unbeaten run to overhaul their Glasgow rivals at the top of the league.

Postecoglou, whose credentials were doubted when he arrived at Celtic Park last year, noted the intense effort his players have exerted in pipping Rangers to the title.

Speaking to BBC Sportsound, he said: ‘It’s been a hell of a season. Our starting point was a fair way back and the way this group of players and staff has risen to the challenge – I couldn’t be more proud.

‘It’s fairly overwhelming. It’s taken every ounce of me to get us where we are and when you get to the finish line, you just want to collapse.

‘We’ve been focused all season, not getting distracted by anything. The players were really good at dealing with what was in front of them – and that’s not easy to do.’

This year’s title victory is worthy of added praise considering Celtic have defeated a Rangers side who will play in the Europa League final later this month.

Meanwhile, they finished a massive 25 points behind the Gers last season which represents a huge turnaround in fortunes for Postecoglou’s side.

Midfielder Callum McGregor reckons the club’s success would not have been possible without their Australian manager.

He said: ‘The players trust the manager so much, you can see the supporters love him as well. He has come in with real authority and a real identity for this club. These scenes will live in my heart for ever.’

Former Manchester City defender Joe Hart was brought in last summer and has starred as Postecoglou’s No.1 goalkeeper this season.

At 35-years-old, the Englishman does not have many years left as a professional but is happy to have returned to winning ways at Celtic.

He added: ‘I feel great. It’s a feeling you never ever, ever get tired of. Things don’t always go your way but I live in the moment and this is my journey.

‘The manager can only pick one goalie. At the moment, he’s picking me and I’m doing everything I can to stay in that team and be part of this.’