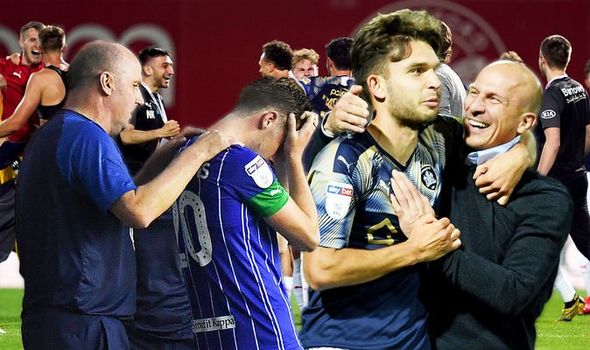 Barnsley manager Gerhard Struber gave a raw post-match interview after his side’s great escape from Championship relegation on Wednesday night. A choked-up few minutes regularly interspersed by deep breaths and pregnant pauses revealed the all-encompassing toll on the ashen-faced Austrian of the emotional buy-in as he struggled to keep himself together in conveying his pride in his side’s achievement. An injury time winner at Brentford, three days after another injury-time winner against Nottingham Forest had seen Barnsley reprieved as they climbed out of the relegation zone for the first time since September 15. It was, he declared, his greatest moment in football.

“I am so empty,” said Struber, summing up the feelings of many who had booked a seat on the Championship rollercoaster ride this season. The craziest league around rarely fails to deliver but even by its standards the football fairground’s badly-maintained, rattling, thrill-a-minute scream machine has outdone itself.

Yet the farce is that the 46th game of an already-elongated season which started 50 weeks ago isn’t the end at all. The final whistle has blown but the administrative ball is still well and truly in play and Barnsley, for all Struber’s outpourings, could yet go down.

If Wigan Athletic win their appeal against the points deduction that dropped them into the relegation zone, Barnsley will take their place.

Equally, should Sheffield Wednesday also suffer a sizeable deduction of their own as a result of the investigation into financial fair play irregularities they could yet disappear into League One. Barnsley could be saved again. 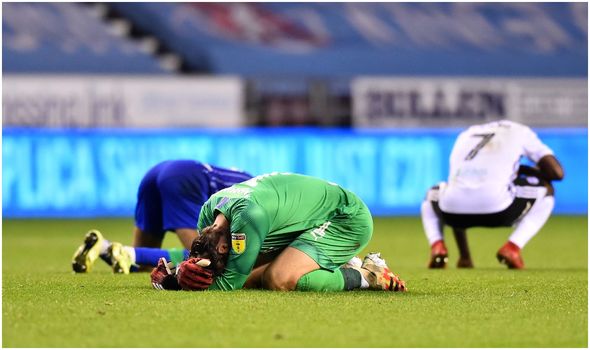 Or, if Wigan lose their appeal and Wednesday are found guilty and punished, Charlton could stay up.

The most chaotic league in football is set for a suitably chaotic conclusion.

The date for the Wigan appeal is next Friday but when the Wednesday result is decided is anyone’s guess.

The charge was laid last November and the independent panel hearing into whether they pulled a fast one over the sale and leaseback of Hillsborough to circumvent the loss ceiling in the Championship has already taken place but no result has been forthcoming.

Derby are also the subject of a similar probe. Seventeen points clear of relegation, their case is unlikely to be relevant but there is an uncomfortable precedent for Wednesday should they be found to have evaded the league’s profit and sustainability regulations.

Birmingham, the last side to have done so, were docked nine points last season; Wednesday are nine points above safety.

Either way, it is a dismal postscript when lawyers rather than players are deciding the league standings.

There should be sympathy for Wigan – whose descent into administration four weeks after a takeover calls into question the EFL’s ownership checks as well as underlining the financial tightrope clubs in the Championship are walking.

But you would have thought in this season of all seasons there would have been sufficient time to reach a conclusion before the last game.

The present impasse does not work for anybody. Clubs need to begin to finalise budgets and recruitment for next season, leagues need to present fixture lists; not knowing for definite who is in which division makes that impossible.

Promotion and relegation should be sorted out by stomach-churning, heartbreaking, tearjerking moments on the pitch, not arid arguments off it.

The longest Championship season in history has already gone into extra time; now it is heading for penalties. That is no way to decide the game. 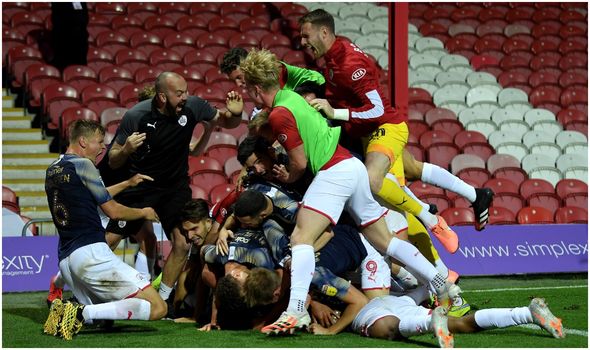 The Olympics would have been starting in Tokyo today had 2020 not taken its viral detour.

It is sad to think of what we are missing – Japan and the athletes would have put on quite a show – but for those in need of a compensatory fix, try the official film of the 1964 Tokyo Olympics which is to be found online on the Olympic Channel.

It is an art-house classic, bringing to life the last cinder-track Games when the flame was lit by Yoshinori Sakai, a Hiroshima resident born on the day the atomic bomb dropped on the city.

There’s a pole vault shoot-out which finishes in near-darkness, a pre-Fosbury Flop high jump contest and a marathon race with ladles and a bucket of cold water at the hydration station.

The golden achievers – Anne Packer, Lynn Davies and the rest – are all there but the officials and the crowd are as much part of the show in a beautifully shot work from director Kon Ichikawa.