Fulham were replaced by West Brom at the top of the Sky Bet Championship table after the Cottagers’ unbeaten start to the season ended with a 1-0 loss at Blackpool.

Josh Bowler struck the only goal of the contest at Bloomfield Road in the 49th minute as Fulham suffered the first defeat of boss Marco Silva’s tenure.

West Brom moved to the summit despite being held at the Hawthorns by Millwall, who secured a 1-1 draw via Daniel Ballard’s 55th-minute header. 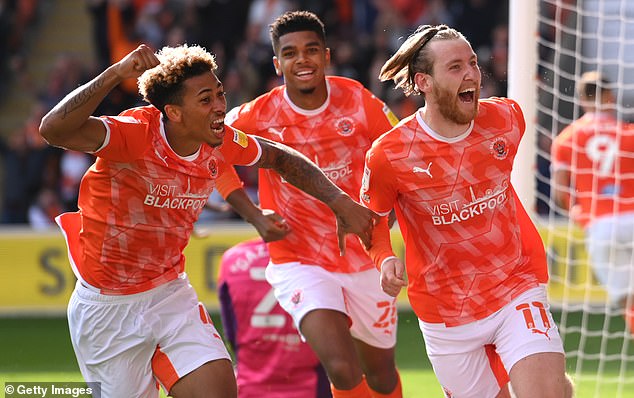 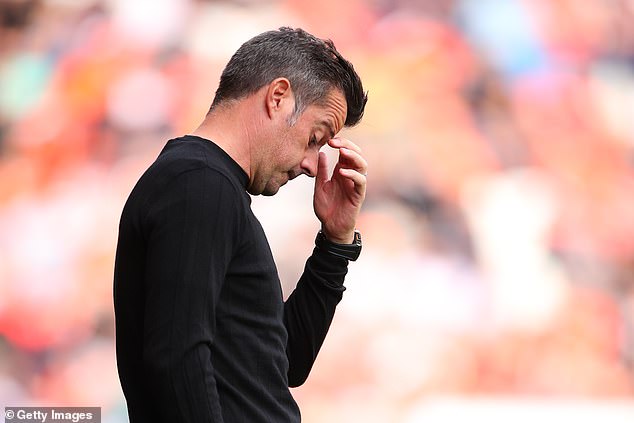 Marco Silva’s side slipped to second with the defeat, their first after five games unbeaten

That came six minutes after Kyle Bartley had put the hosts in front, with Albion – still undefeated in the league this term under Valerien Ismael – having earlier failed to convert a penalty, Karlan Grant seeing his effort in first-half stoppage time saved by Bartosz Bialkowski.

As well as Fulham, also a point behind Albion are Stoke, who moved up to third place with a 2-1 come-from-behind victory over Huddersfield at the bet365 Stadium.

Fourth-placed QPR saved themselves from a first defeat of the campaign as Stefan Johansen’s stoppage-time equaliser earned them a 3-3 draw at Reading, for whom John Swift scored a hat-trick. 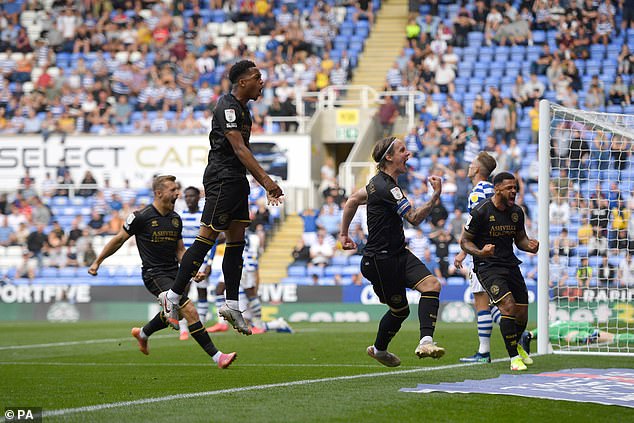 After a Michael Morrison own goal put the R’s 1-0 up in the 11th minute, Swift’s treble had Reading looking set for victory.

But Andre Gray then reduced the deficit in the 79th minute before Johansen had the final say at the death.

Scott Parker’s Bournemouth moved into the play-off places as they continued their unbeaten start in the league by seeing off Barnsley 3-0 at the Vitality Stadium.

Young left-back Jordan Zemura notched early and late on in the contest, either side of a Dominic Solanke goal just after half-time.

The final play-off spot is occupied by Coventry following their 2-0 home win over Middlesbrough, in which Viktor Gyokeres and Martyn Waghorn got on the scoresheet. 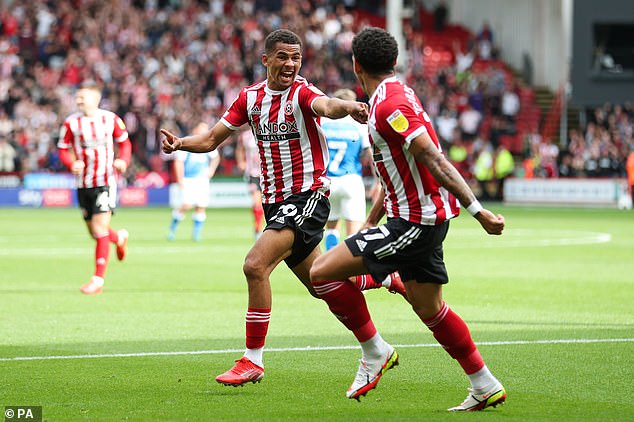 Sheffield United registered their first league victory under Slavisa Jokanovic in emphatic fashion as they thumped Peterborough 6-2 at Bramall Lane.

The score was level at half-time after Iliman Ndiaye’s opener for the home side and Jack Marriott’s reply.

The Blades then went 5-1 up via efforts from John Fleck, Ben Osborn, Morgan Gibbs-White and Ndiaye, and after Jonson Clarke-Harris pulled back a 79th-minute goal from the penalty spot, Osborn subsequently completed the scoring in added time at the end.

Luton drew 2-2 at Blackburn thanks to a Luke Berry brace, the second of which came in the eighth minute of stoppage time.

Rovers led 2-0 at the break through Tyrhys Dolan and Harry Pickering efforts before Berry began his rescue act with a 73rd-minute finish.

Elsewhere, there were 0-0 draws between Bristol City and Preston, and Swansea and Hull.

Redknapp: Nuno is NOT to blame for Tottenham's woeful recent form