CHAMPIONSHIP ROUND-UP: Stoke move into second after Sam Clucas starred to haunt old club Swansea… while Cardiff left it late to seal a point in comeback at Peterborough with Aden Flint the unlikely hero

Stoke are second in the standings after Sam Clucas starred in a 3-1 victory against his former side Swansea.

Nick Powell gave the visitors a deserved lead that Clucas added to, holding up his shirt in celebration, before Leo Ostigard added a third and Swansea substitute Joel Piroe grabbed a consolation.

Former Stoke boss Nathan Jones’ Luton sit a place behind them having triumphed 1-0 at Barnsley thanks to Amari’i Bell’s first goal since March 2019. 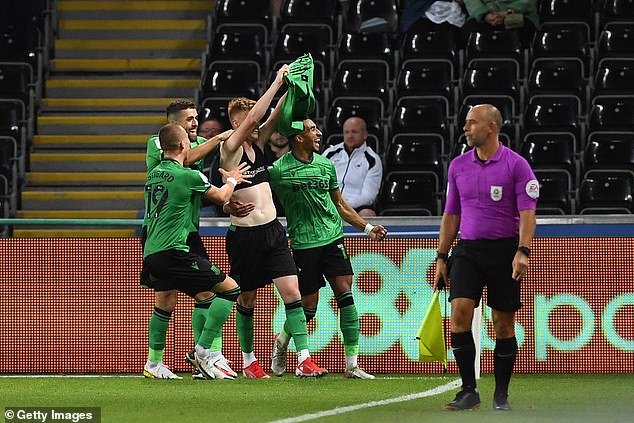 Coventry ended the evening in fourth thanks to Viktor Gyokeres’ goal on the stroke of half-time sealing a 1-0 win at Blackpool.

Huddersfield were the only home side to triumph on Tuesday as Sepp van den Berg’s own goal was enough to see of Preston 1-0, while Aden Flint was Cardiff’s hero as Peterborough were denied victory at the death.

Darren Ferguson’s newly-promoted hosts looked on course for a second successive victory when striking twice in the space of three minutes early in the second half through Harrison Burrows and Siriki Dembele.

But City had other ideas as they piled on the pressure to snatch a draw, with Flint scoring two clinical headers – both courtesy of exquisite Marlon Pack crosses – in a breathless finale to a 2-2 draw. 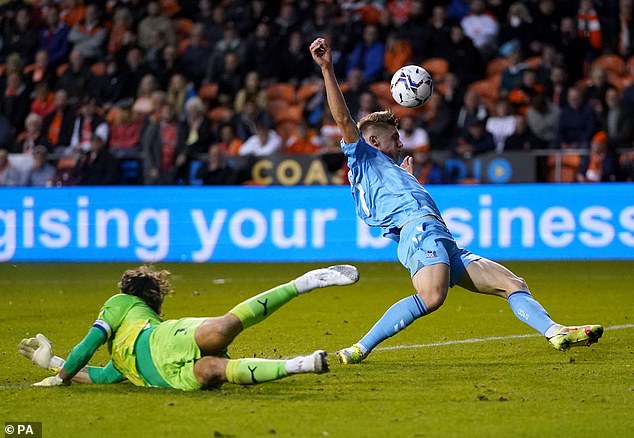 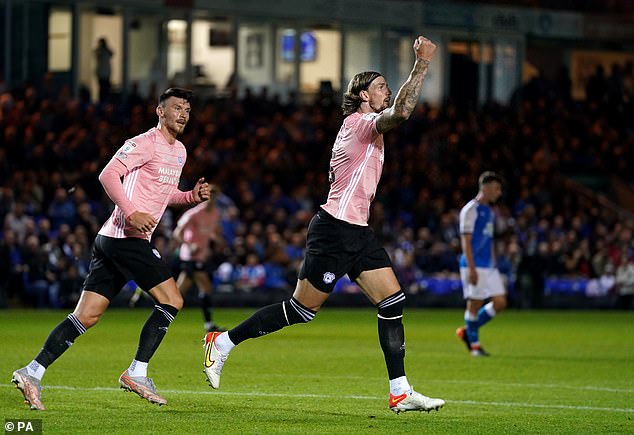