CHAMPIONSHIP ROUND-UP: Tony Mowbray’s Sunderland are into the top six after Patrick Roberts-inspired win… as Rotherham thrash Blackpool while Coventry remain winless despite fightback against Luton

The former Manchester City winger’s goals came on 39 and 41 minutes and both were after individual acts of brilliance.

The second saw him dance past the challenge of two Reading defenders before slotting into the far corner with his left foot. 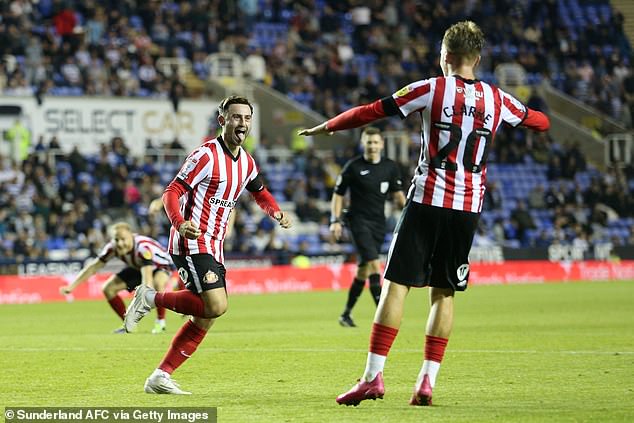 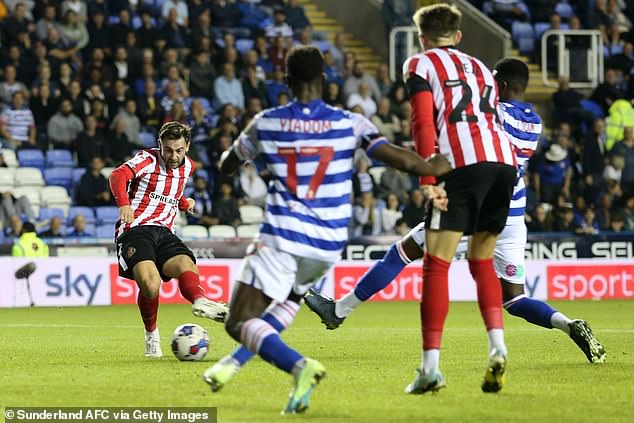 Both goals were assisted by Elliot Embleton, who came on just minutes earlier after Ellis Simms added to Sunderland’s injury crisis.

They added another on 69 minutes after a fantastic passing move culminated in a great cross from Dan Neil and finish by Jack Clarke.

It puts Mowbray’s men into the play-off spots on goal difference, just ahead of QPR, who defeated Millwall 2-0. 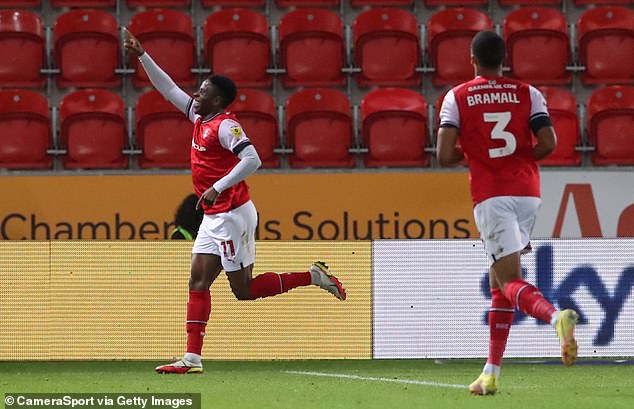 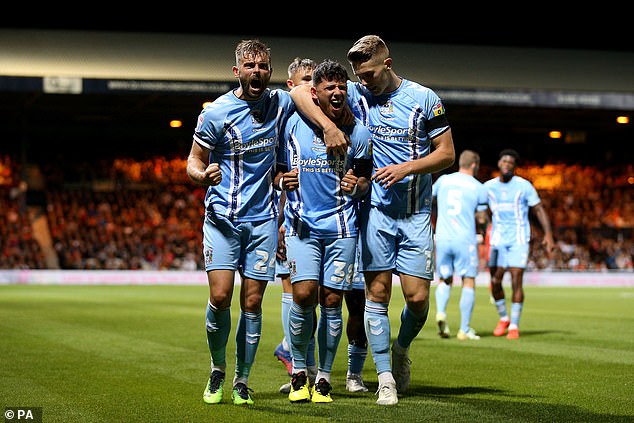 Chris Willock opened the scoring with QPR’s seventh goal from outside the box this season — more than any side in England’s top four leagues. Stefan Johansen added the second.

Rotherham thrashed Blackpool 3-0 to continue their positive start to life back in the Championship. Chiedozie Ogbene opened the scoring before Wes Harding and Georgie Kelly added two more late on.

Coventry are still winless this season but showed good fight to twice come from behind to draw 2-2 at Luton.