Cardiff’s Will Vaulks scored from inside his own half but was upstaged by hat-trick hero Sergi Canos as Brentford won 3-2 in south Wales.

Vaulks opened the scoring in first-half stoppage time when he spotted David Raya outside his area and unleashed a stunning strike over the stranded Bees goalkeeper.

Canos levelled for Brentford five minutes into the second half with an excellent effort of his own and he added his second in the 65th minute. 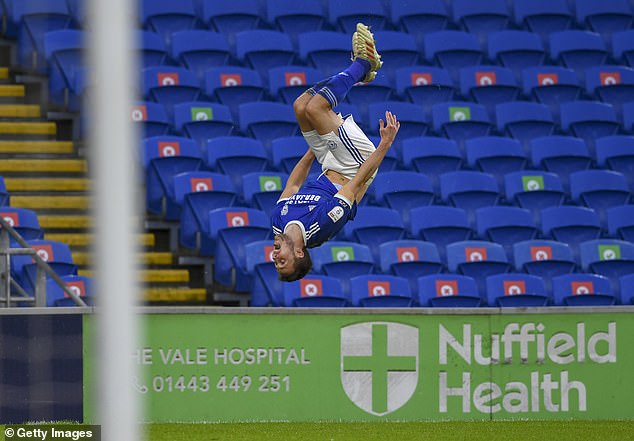 He completed his hat-trick 17 minutes from time and, although Vaulks reduced the deficit three minutes later, the Carabao Cup semi-finalists joined Bournemouth on 38 points after extending their unbeaten run in all competitions to 15 games.

Swansea moved into second place in the Championship with a 2-0 win over QPR at the Kiyan Prince Foundation Stadium.

With Bournemouth’s clash with Millwall postponed due to an outbreak of Covid-19 within the Lions’ squad, the Welsh club took advantage with goals either side of half-time.

Ghana international Andre Ayew broke the deadlock a minute before the break with his eighth goal of the season and first in five games. 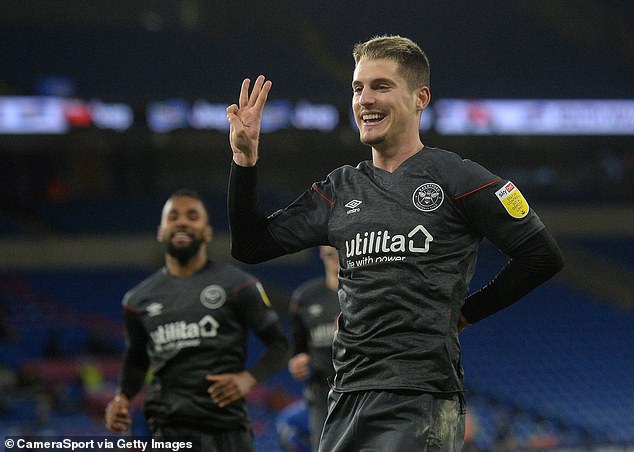 Jamal Lowe doubled Swansea’s lead nine minutes into the second half with his fourth goal in as many games.

Defeat for QPR extended their winless streak to eight matches and left them four points clear of the relegation zone.

Reading bounced back to winning ways by beating Luton 2-1 at the Madejski Stadium.

Tom McIntyre put the Royals, who had suffered two successive defeats, ahead in the ninth minute with his first senior goal.

On-loan Benfica midfielder Alfa Semedo notched his maiden goal for the club to make it 2-0, with Kazenga LuaLua grabbing a late consolation. 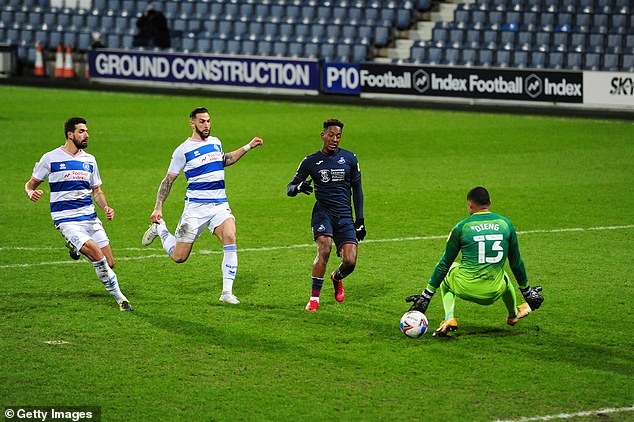 The spectacular strikes kept coming in the shape of Adam Reach as Sheffield Wednesday drew 1-1 at Blackburn.

Reach is no stranger to scoring stunning goals and he found the top corner from 25 yards four minutes before half-time at Ewood Park after a defensive mix-up.

But Joe Rothwell earned Rovers a point 14 minutes from time.

Bristol City snapped a three-game losing streak as they left it late to beat bottom-of-the-table Wycombe 2-1 at Ashton Gate.

Chris Martin’s 23rd-minute opener was cancelled out by Garath McCleary’s effort in the 68th minute before Famara Diedhiou grabbed the winner three minutes from time to leave Wycombe winless in 11. 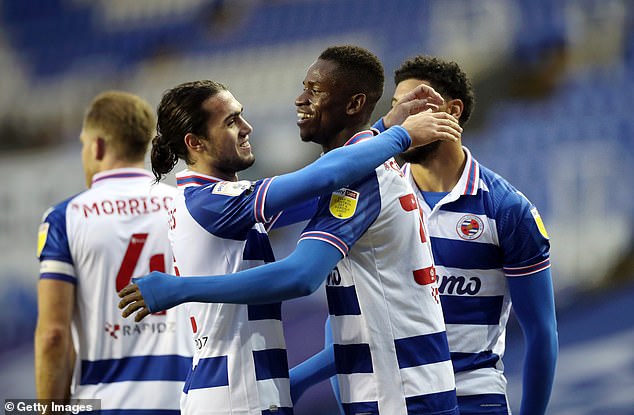 Rarmani Edmonds-Green put the Terriers ahead in the 13th minute with first goal for the club but Helik levelled eight minutes later before grabbing a dramatic winner.

Chris Hughton and Aitor Karanka were unable to get one over their former clubs as Nottingham Forest and Birmingham drew 0-0 at the City Ground, while Coventry and Stoke also ended goalless at St Andrew’s.

Middlesbrough’s home clash with Rotherham was postponed after more confirmed Covid-19 cases among the Millers squad.

Gary Holt: Former Livingston boss says it was his decision to leave the Scottish Premiership club