Just over four years on from the tragic Chapecoense plane crash that killed 71 of the 77 people on board, the Brazilian side lifted the Serie B title in dramatic fashion with survivor and captain Alan Ruschel at the heart of the celebrations.

Chapecoense sealed the second division title on goal difference on Friday thanks to a last-gasp Panenka-style penalty from Anselmo Ramon that gave them a 3-1 win over Confianca.

And in incredibly emotional scenes following the final whistle, Ruschel – who was one of three players amongst the six survivors of the plane crash – lifted the title as captain on Friday. 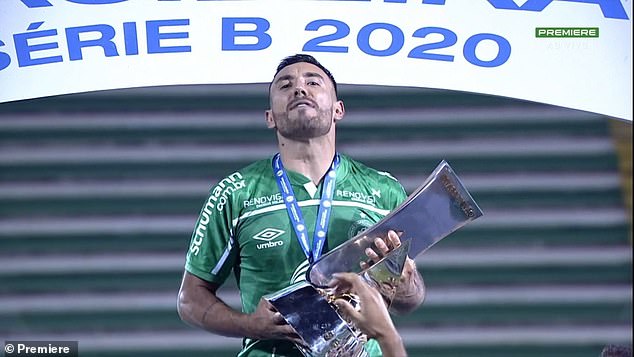 Ruschel is the only member of the Chapecoense squad that is still playing today following the catastrophe in Cerro Gordo, Colombia, as the team made their way from Bolivia to Medellin International Airport ahead of the first leg of the Copa Sudamericana final with Atletico Nacional.

Ruschel, who plays as a left back, sustained a serious back injury that required surgery but a few days later, pictures emerged of the Brazilian star remarkably walking again as he survived alongside Helio Neto and Jakson Follmann.

Nine months later, he played his first match since the crash, against Barcelona in the Joan Gamper Trophy at the Nou Camp – where he received a standing ovation from the crowd.

But it has been a long road back since and over four years on from the disaster, he celebrated one of the most powerful moments within sport by captaining Chapecoense as they lifted the Serie B title in Brazil. 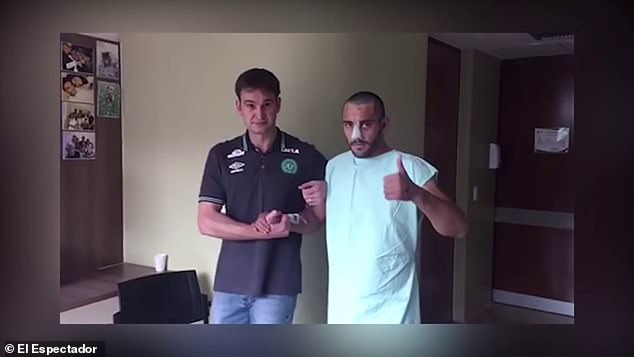 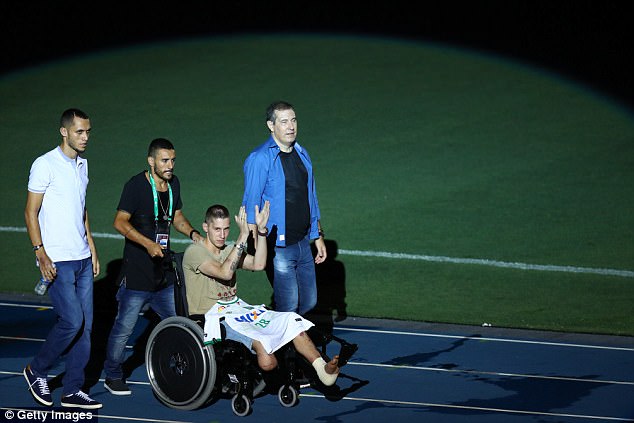 Chapecoense secured promotion earlier this month after spending a year in the second tier when they were guaranteed a top-four finish with four games remaining.

The club were second going into the final matchday behind America-MG, who beat Avai 2-1, to finish with 73 points and a positive goal difference of 20.

Chapecoense were leading 2-1 in stoppage time, enough for second place with an identical goal difference but fewer goals scored, when they won a penalty and Ramon stepped up to lob the ball into the net.

Though the game ended with Chapecoense’s Denner Fernando Melz and Confianca goalscorer Isnairo Reis Silva Morais being sent off, it did little to dampen their spirits. 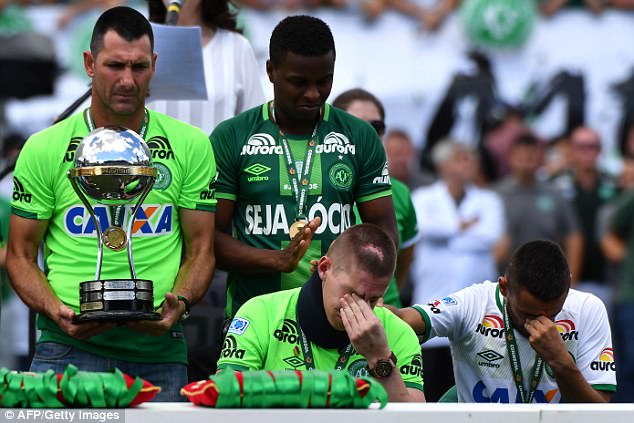 ‘By merit, by right, with a lot of fight, Chapecoense are champions of Brazilian Serie B,’ the club wrote on Twitter.

‘Rain in the Arena Conda at the moment when Chapecoense prepares to lift the trophy. Our strength comes from above.’

After their historic triumph, the team also held an open top bus parade in the small southern city of Chapeco as fans poured into the streets to celebrate their victory.

Although their budget is a fraction of Brazil’s big city clubs, Chapecoense’s hastily rebuilt side remained competitive in the top flight until they were relegated in December 2019.

But now their dream of a return to Brazil’s top-flight has been fulfilled, and it couldn’t have been any more special with Ruschel leading the celebrations. 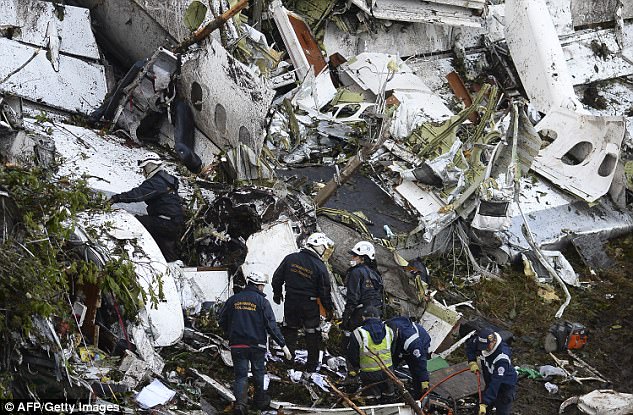