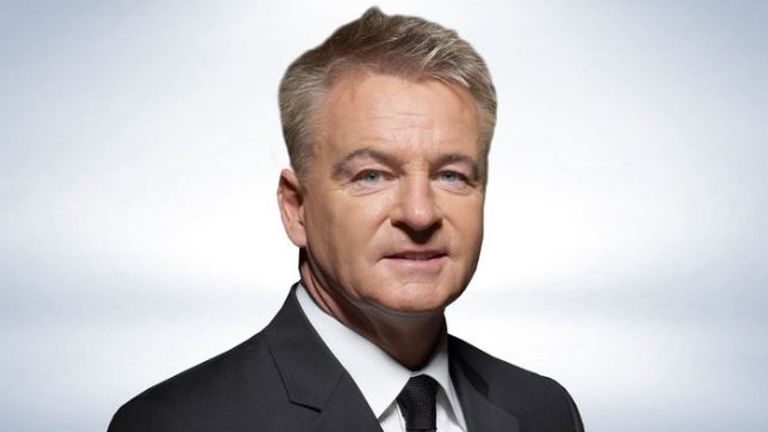 Charlie Nicholas has slammed the SPFL’s handling of the vote to determine whether the Scottish leagues should cancel their seasons due to coronavirus.

The SPFL’s contentious resolution to end the season in three divisions and potentially the Premiership rests on a technicality over the vote of Championship side Dundee, amid a huge fallout between the governing body and Rangers, particularly over the voting process.

SPFL chairman Murdoch MacLennan said on Saturday that board were expected to meet early this week to discuss “a wide variety of issues”, but Soccer Saturday pundit and former Scotland international Nicholas has blasted the SPFL for its handling of the situation. 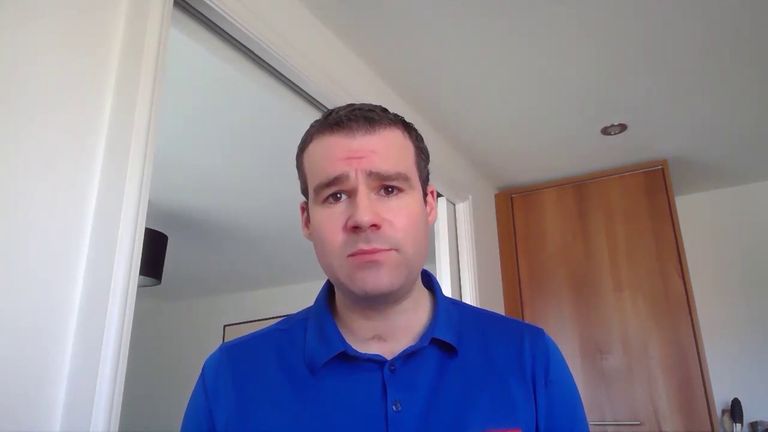 He told Sky Sports News: “It’s an absolute joke. The SPFL board is an absolute disaster, the people around it with ideas are all self-indulgent and people in Scotland are saying ‘oh Rangers are being self-indulgent, so are Hearts’ but every team in the country has been self-indulgent for themselves for as long as I can remember from playing, right through to now.

“I don’t have a problem with the business, which doesn’t survive unless it makes money. But a lot of these guys are now in a position that they’re having a say at the top level of our game and it’s become an absolute embarrassment… Dundee don’t need to vote, everybody now has another 26 days, they’re counting down the clock and it’s an absolute joke.

“The overall look at Scottish football is a mess when we should be talking about Rangers coming back to power, Celtic’s incredible domestic dominance, Aberdeen debt free and trying to build a stadium – we should be looking at the positives.

“These things are choking the life out of the game up here and I wish somebody would get them around the table and say ‘do you think you’re good enough to represent the game?’, because I don’t think they are.”

‘Kane is an ambitious player’ 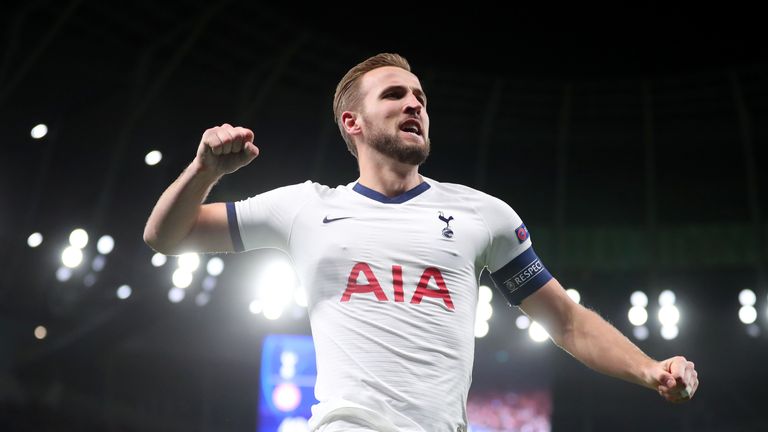 The future of Harry Kane is once again in the spotlight, with Sky Sports News being told that Tottenham have no intention of selling the striker to Manchester United or any other Premier League rival.

But could he go for the right price?

“Of course he could,” Nicholas said. “The world is changing and football as much as any other business. I thought it was a really good, open, honest interview with Jamie [Redknapp] and Kane [on Instagram two weeks ago] and I think it’s always come across that as much as Kane loves Spurs, he’s ambitious and ambitious players do this.

“At Arsenal in the past, we’ve had Cesc Fabregas and Robin van Persie, who was the more relevant one, where, yes, there was more money at Manchester United, but he went there and won the title and that’s how people can look at different things.

“Kane said in that interview with Jamie ‘I want to be the best, I want to improve’ and Spurs have been dipping and going in the wrong direction. Kane, through his injuries and everything else, has probably had a bit of time to reflect and see that Mauricio Pochettino has gone, Jose Mourinho is in and what difference does that make?

“The stadium doesn’t make a difference to Kane, as good as it can be, and it’s about ambition, what you wish for and what you want to be yourself. I think that came across wholeheartedly to say ‘I’m not seeking to move from Spurs but if the right offer and right thing comes in, I will listen to it and I will consider it’, which is fair.”

Despite his talent, Nicholas does not think Kane alone would be enough to bring Manchester United closer to the Premier League title. 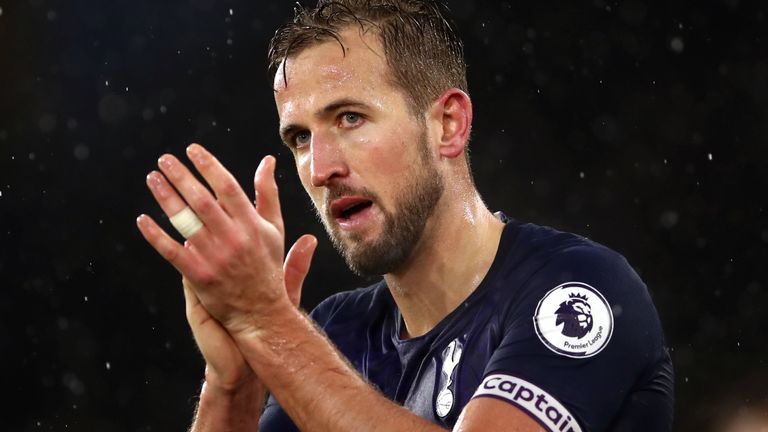 He explained: “I still think they’ve got a little bit more to do. Looking at the catch up to Manchester City and Liverpool, there is quite a considerable gap to get close. We’ve seen Frank Lampard and Chelsea kind of threaten it early in the campaign, but these two for me are quite a bit ahead of the rest.

“I heard Gary Neville on The Football Show this morning talk about the spine of the team with Harry Maguire at the back, then the midfield with Bruno Fernandes doing well and Kane up front, but I think there are many other positions that need fixing at Manchester United before they would threaten to get there.

“They would get closer, Harry Kane would guarantee them goals, but I do think that Manchester United are a team that score goals anyway. He would add to it, no doubt about that, but I still think they would need a couple of players in there to be seriously challenging for the title.”

‘Give Aubameyang what he wants’ Another striker in the spotlight in recent weeks is Arsenal captain Pierre-Emerick Aubameyang, with rumours continuing around a potential new contract – or a lack of one.

But Nicholas is adamant the star forward should be given a new deal, saying: “Wholeheartedly as an Arsenal man, I would give Aubameyang the contract that he desires – you put it on for three or four years, if he wants to stay.

“You give him what he wants because in a year’s time if you sell him, you get your value for money back if it’s the case that he wants to leave. I just don’t see the point of running down contracts.

“If Barcelona or Real Madrid come in, I’ll hold my hands up and say I’m not surprised he would want to go there. If there was anything else in England, I’d be surprised. I don’t expect Liverpool or Man City to try and get him so it would probably be to the European stage he would go to. 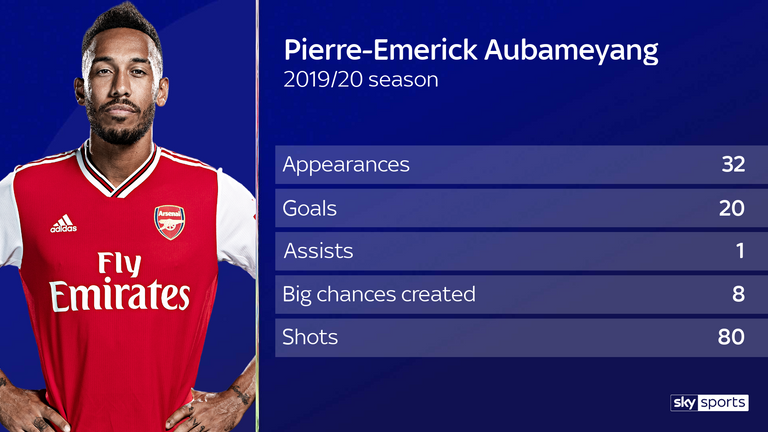 “At his age, if you can get good money for him and he doesn’t want to stay at Arsenal, there’s no problem, I don’t have a concern with that. I think we’ve got people who can come in and we will miss his goals, but I can accept it if Aubameyang wants to go to Barcelona, Real Madrid or even Juventus… But he is Arsenal’s superstar and I think he enjoys that.” 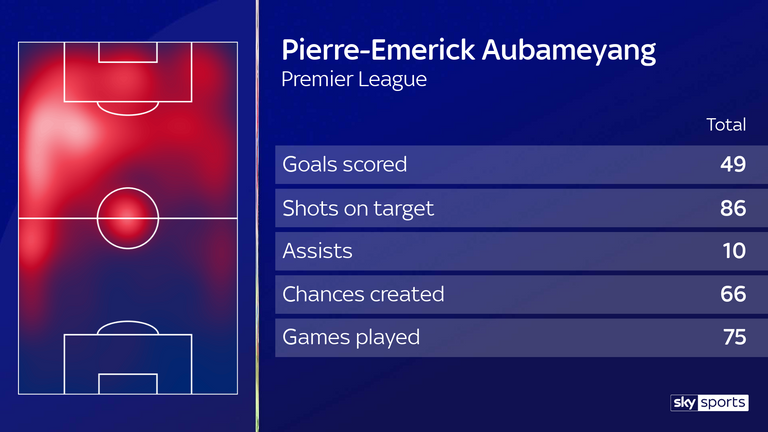 But as the former Arsenal striker points out, Mikel Arteta’s real concern should be at the back where there are still glaring issues.

“It [the areas needed to strengthen] has been the same for the last five or six seasons now – it’s always defensive,” Nicholas said. “Up here in Scotland, there’s been a report that they might be interested in Odsonne Edouard from Celtic and the scenario is that Arsenal don’t really need any more strikers at the moment.