The Blues had goalkeeper Ann-Katrin Berger to thank for their commanding position heading into next week’s second leg as she saved two Atletico penalties.

Ingle was sent off just 12 minutes in, leaving Emma Hayes’ side with an uphill battle in the last-16 clash, but they were handed an immediate boost as Deyna Castellanos missed the resulting spot-kick. 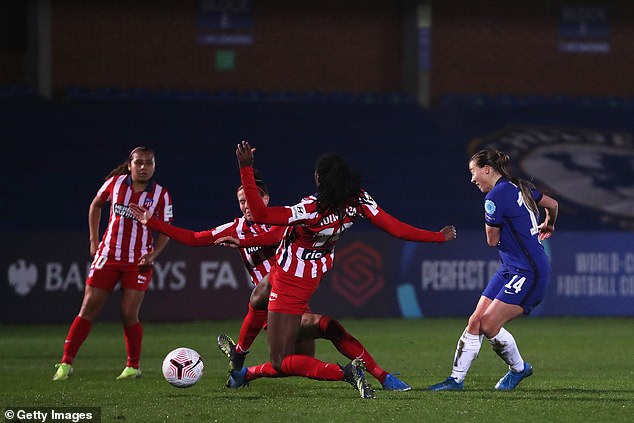 Despite Atletico’s numerical advantage they could not push on to take the lead, with Chelsea finding the breakthrough when Maren Mjelde scored from the penalty spot just before the hour mark, and Fran Kirby added a second less than five minutes later.

Atletico Madrid have knocked Manchester City out of the Champions League for the past two seasons, but Chelsea boss Hayes had said before the game that it was the tie her club wanted.

Chelsea had a chance to take an early lead inside five minutes but Ji So-Yun put the ball wide of the far post after being played through.

Atletico had an ideal opportunity to go ahead when Ingle fouled Rasheedat Ajibade, resulting in her red card, but Berger was able to deny Castellanos from the subsequent spot-kick. 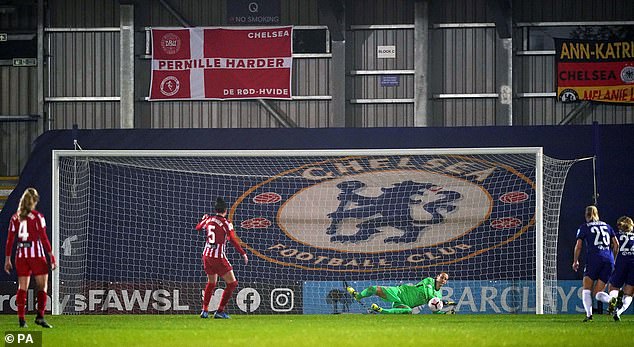 The home side came close to finding the breakthrough at the start of the second half when Sam Kerr fired into the side netting after being played through on goal.

Mjelde converted from the spot after Kerr was brought down by Aissatou Tounkara inside the area to hand the Blues the advantage.

Kirby then doubled the Blues’ lead, turning home a Kerr pass in the 64th minute.

However, 10 minutes from time, Atletico had the chance to score an important away goal when Berger brought down Ludmila da Silva, but the goalkeeper was able to make up for her error and deny Merel van Dongen from the penalty spot. 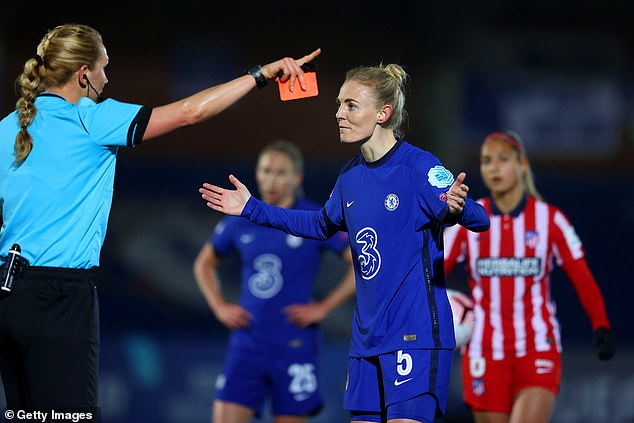