The hope around Manchester City is that a share of the new American armada and the returning cavalry from Lyon will restore some of the team’s old invincibility, though the evidence of the season’s first significant fixture is that they are a long way from that.

Chelsea showed a capacity to mix up their football, going long as well as short, and exploiting the galaxy of attacking talent at their disposal. They counter-attacked with an instinct and acceleration which made City’s technical build-up look ponderous. And they provided powerful evidence that new signings are not everything in football.

Amid all the talk of Sam Kerr and Pernille Harder, the diminutive South Korean Ji So-Yun has barely warranted discussion. She’s 29, 5ft 3in and has been at Chelsea for six years now, calmly doing her thing. She was the one who devastated City, demanding possession, exhorting team-mates to advance with ‘go, go, go’, dispatching the 20-yard passes over the top and into channels which left the opposition defence retreating in desperation. 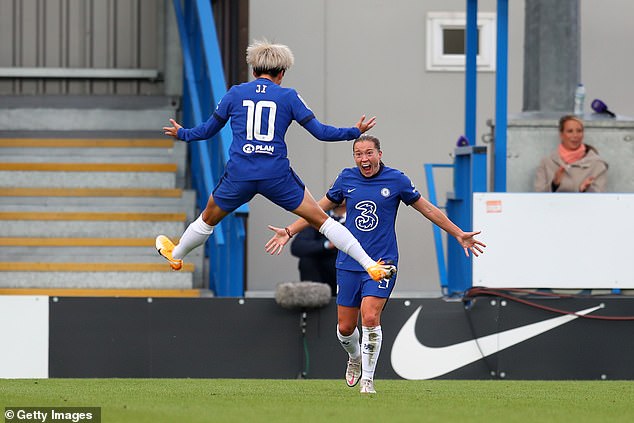 It was Ji’s clipped ball which Fran Kirby crossed, just before the hour mark, for Kerr to tap in Chelsea’s decisive second goal. But Ji covered all the central areas, rendering City’s extra midfielder meaningless.

Chelsea superior physicality also told. Their manager Gareth Taylor’s said they were ‘a bit slow to second balls’. That was putting it mildly.

Erin Cuthbert was another huge contributor, nullifying any impact from Lucy Bronze down City’s right. Her long, flat ball behind Bronze saw Kirby round Ellie Roebuck to slide in a third, 10 minutes from time. 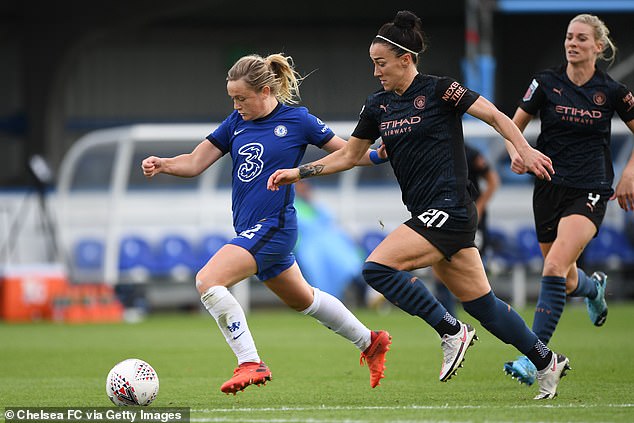 The game’s point of contention was the penalty, for handball, which sent Chelsea ahead in the first half.

Referee Rebecca Welch booked Ellen White for the infringement when the ball actually struck Demi Stokes, who was standing behind her. The ball did hit Stokes on the elbow, though the full back’s arm was by her side and not in the ‘unnatural position’ which has caused a rash of early season penalties in the men’s game.

‘I’ve heard it was a shocker,’ said Taylor, which certainly summed it up.

But the incident was insignificant in the broader context. White had far more reason to be frustrated by her side’s failure to locate her. She was an isolated presence before trudging off after an hour. 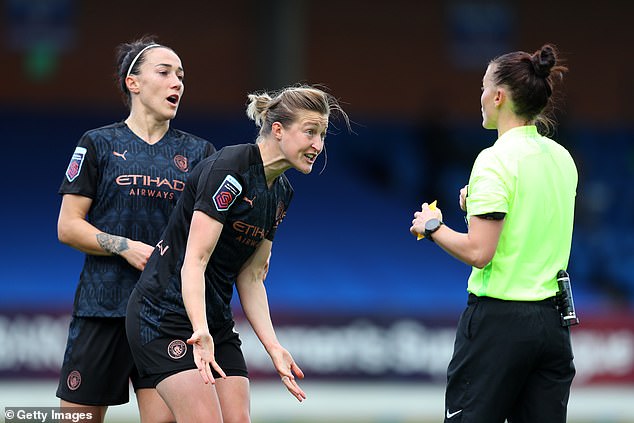 City commanded 57 per cent of possession but had mustered just one shot on target before the late penalty kick, for a Millie Bright handball, which Chloe Kelly converted.

Sam Mewis, one of City’s new American World Cup winners, fleetingly threatened. She shrugged off the challenge of Melanie Leupolz and struck a shot against the base of Chelsea’s post on 25 minutes. But she could not wrest the game back for City.

The scoreline would have been more empathic had Kerr’s finishing been better. The handful of chances she spurned included a cross from Kirby, which she headed over, eight minutes before scoring.

Kirby eclipsed a rather anonymous Harder, wreaking havoc down City’s right flank having previously struggled with the debilitating virus which left her sidelined for much of last season. 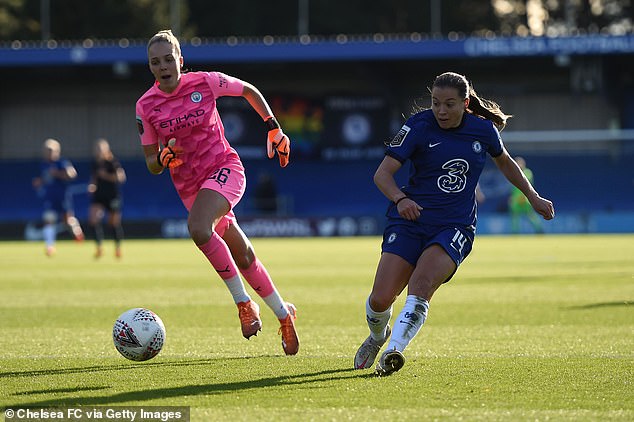 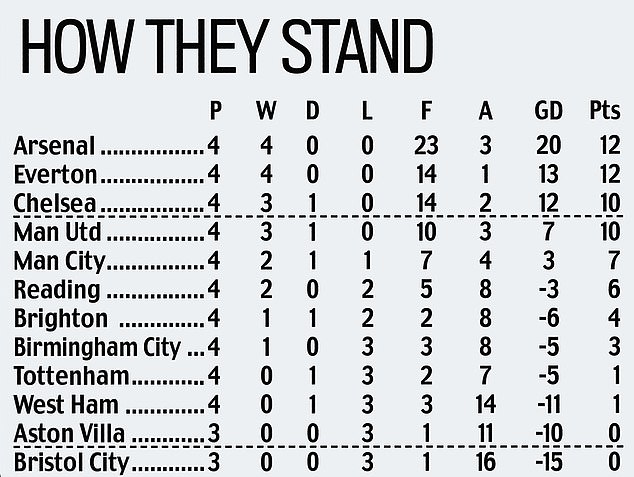 ‘She’s the most talented attacking player in the England squad,’ Chelsea manager Emma Hayes said of Kirby last night. ‘Look after her, because for England to win something it’s important to recognise what a special talent she is.’

The day’s results provided more evidence that this will not be a two-horse race. Arsenal took their goal tally to 23 in four league matches, winning 5-0 at Brighton. Everton beat West Ham convincingly.

Hayes claimed Chelsea’s win has no significance if her players don’t take more of their chances. That sounded like humility talking. This was a serious statement of intent.

Why is Euro 2020 being played in multiple countries?