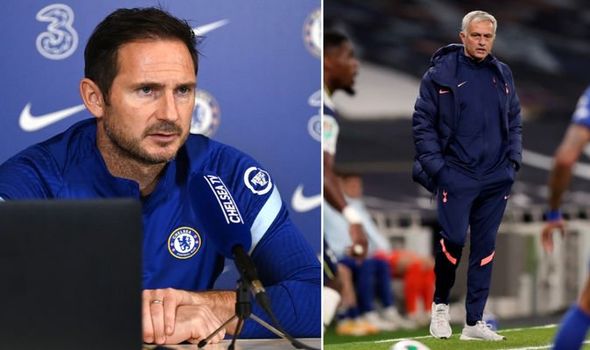 Frank Lampard has hit back at his former manager Jose Mourinho and insisted he does not need “advice” from the ‘Special One’. The Chelsea boss had a touchline spat with his former Stamford Bridge head coach and current Tottenham supremo on Tuesday night, when his team crashed out of the Carabao Cup after a penalty shootout.

Erik Lamela cancelled out Timo Werner’s strike late in the second half to force spot-kicks with only Mason Mount missing from 12 yards out.

Lampard and Mourinho exchanged words and afterwards the Spurs manager insisted he was only offering “advice” on how a coach should act when his players are losing.

But Lampard, whose team face Crystal Palace at Stamford Bridge on Saturday, responded: “I don’t think any remarks on the touchline during a game can be called advice. 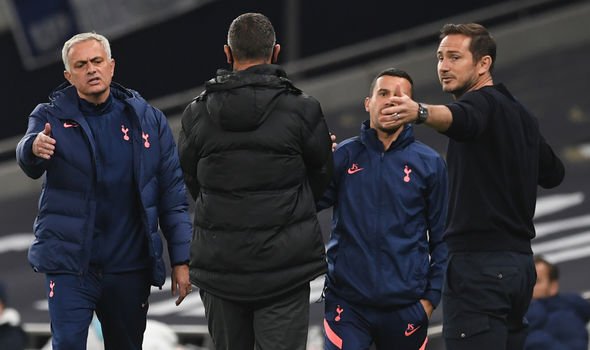 “They can probably be wrapped up as advice afterwards, when you manage to get back into the game and win on penalties.

“I will always be happy to take advice not just from fellow managers, but everyone around me, people that I respect, inside or outside football.

“I don’t think that Jose incident was ever advice.”

Lampard denied he was laying down a marker that he was not going to be pushed around by an older hand like Mourinho. 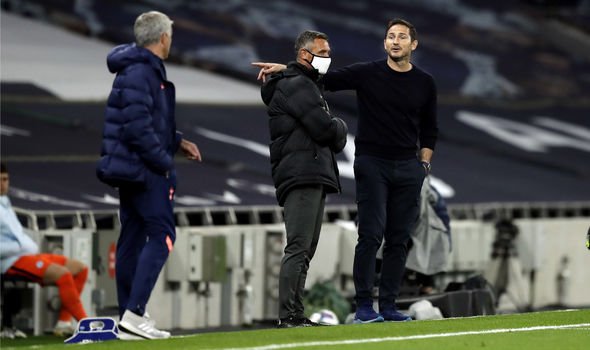 He said: “It is not a case of putting down a marker. If you look like you are false, trying to be arrogant, trying to portray a character, that can become not real, or boring.

“I don’t do that. I react as I see fit in the game. I don’t think people should expect you to not get caught up in the excitement.”

And Lampard pointedly insisted there would be no touchline spats with Palace boss Roy Hodgson: “Roy has been a straight down the line manager.

“His career is exceptional. I have got too much respect for him. He is brilliant as a man.”

Spanish full-back Marcos Alonso is desperate to be out of Chelsea by Monday’s transfer deadline, after a bust-up with Lampard at West Brom last week.

The Spaniard went to sit on the team coach after being taken off with the side 3-0 down at West Brom, prompting a showdown.

Inter Milan are pushing for a permanent deal after having a loan bid rejected. Lampard said: “All I ask from players is that for good or for bad, they stick together. That is the only thing that brings a successful group.”

Midfielder Ruben Loftus-Cheek is meanwhile in talks with West Ham over a loan deal.