Chelsea boss Frank Lampard has been told he will need to lend Timo Werner a “shoulder to lean on” in order to get the best out of the Germany international. For months it looked as though Liverpool would be the next destination for Werner after several hints from the player himself favouring a move to Anfield.

But Liverpool grew reluctant to pay Werner’s release clause in the current financial climate caused by the coronavirus pandemic.

That allowed rival teams to pounce with Chelsea making their move and agreeing terms on a contract.

The transfer is yet to be confirmed by Chelsea or RB Leipzig but it is expected Werner will join the Blues once the transfer window opens later this summer.

Southampton boss Ralph Hasenhuttl signed Werner during his time as manager of Leipzig back in 2016 and knows the striker better than most. 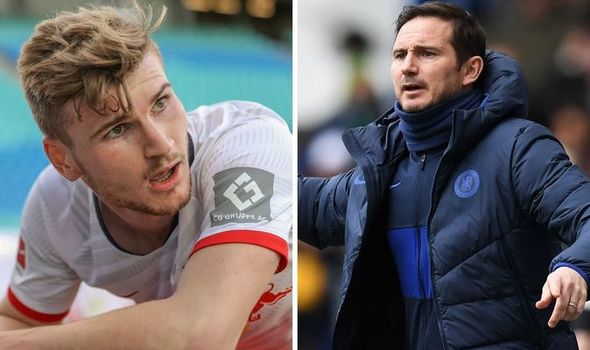 And the 52-year-old has a piece of advice for Lampard in order to get the striker firing on all cylinders at his new club.

“Timo is a player who needs a shoulder to lean on, or a little more encouragement,” he told Sportbild.

“But what I always liked about him is that he scores goals that nobody else scores.

“Give him some space and it’s hard to stop him. Getting through elsewhere as a striker is only difficult if you don’t immediately show that you have qualities. But I’m not worried about him at all.”

Werner has established himself as one of Europe’s most feared strikers for his deadly finishing in front of goal.

But Hasenhuttl goes on to explain what other attributes will make Werner a success in the Premier League.

“A very physical player, good on one-on-one. What they don’t like here are players who roll away or act,” he added.

“Football is very intense and fast. This in turn suits Timo: With his speed he is a brutal weapon in the right team.” 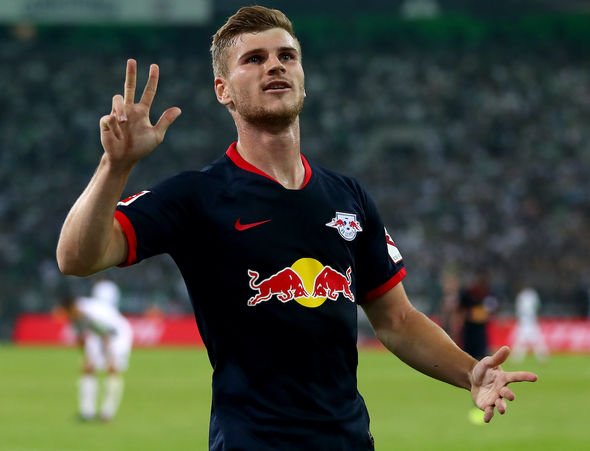 Chelsea have already spent £37million on signing Ziyech from Ajax and a deal for Werner will take their spending close to £90m.

But reports have suggested Lampard will still have funds available to strengthen even further.

Kai Havertz has been touted as a top target for the Blues in a deal which could cost a club-record fee.

A left-back though is also on the agenda for Chelsea with Leicester’s Ben Chilwell linked with a move to Stamford Bridge.