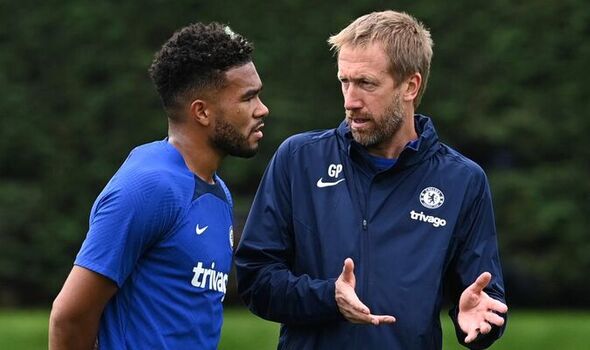 Chelsea boss Graham Potter has been left impressed by the way his players have reacted to both his appointment and the sacking of Thomas Tuchel as he prepares to take charge of his first match as the club’s new head coach. The 47-year-old tactician penned a long-term contract at Stamford Bridge last week following the ruthless dismissal of the German and now he is ready to kick off the new era when Chelsea host RB Salzburg in Champions League action on Wednesday night.

Even Potter himself has struggled to come to terms with the events of the past seven days which included the passing of Queen Elizabeth II.

However, Chelsea’s players have remained resolute and have shown commitment to turning the club’s season around in the early stages of his tenure following a challenging start to the 2022/23 campaign.

“The response has been really positive. A really honest group, a really responsible group,” Potter explained in his first press conference as Chelsea boss.

“They’ve been positive around the training ground. They want to achieve and do well. I am happy with the team and the squad.”