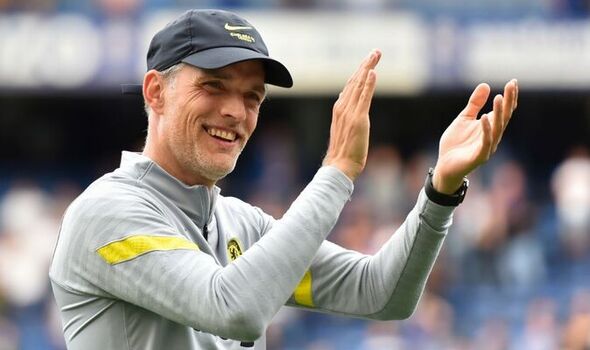 Reports claim Chelsea boss Thomas Tuchel ‘would love to sign’ Robert Lewandowski this summer as the club’s new owners prepare to kickstart the new era at Stamford Bridge with a bang. The German has had to endure a raw deal in recent months, both on and off the field, after the Blues were hit by government sanctions due to their attachment to former owner Roman Abramovich following Russia’s invasion of Ukraine.

On the pitch, Chelsea suffered penalty-shootout heartache in both the Carabao Cup and FA Cup finals to Liverpool before limping to a third-place finish in the Premier League.

But clear skies are now ahead following the completion of the £4.25billion takeover, led by Los Angeles Dodgers part-owner Todd Boehly.

The American businessman is now ready to invest heavily this summer and Chelsea have already devised big plans to make a statement in the market.

According to The Guardian, Lewandowski is one name Tuchel would love to bring through the door but the Poland international seems set on joining Barcelona from Bayern Munich.

Yet he is not the only name on Chelsea’s attacking shortlist, which features five other marquee names.

Chelsea are also interested in signing Raheem Sterling from Manchester City, as the England international’s contract at the Etihad Stadium runs down.

RB Leipzig’s Christopher Nkunku, who won Bundesliga Player of the Year in Germany, is also strongly admired by Tuchel.

The German tactician worked with the player during their time together at Paris Saint-Germain but Nkunku has since come on leaps and bounds in the Bundesliga.

Benfica’s Darwin Nunez is another name on the agenda with Chelsea expected to recruit another striker.

Nunez is set to leave the Portuguese giants before the start of the new season with Manchester United and Liverpool also among those keen.

Lille’s Jonathan David, who will leave the French club this summer, has also attracted admirers at Chelsea.

Finally, Barcelona’s Ousmane Dembele is out of contract with the club at the end of June and his situation means he could be up for grabs.

Tuchel worked with Dembele at Borussia Dortmund and is seemingly confident he could get the best from the Frenchman if they were to reunite in west London.

Chelsea’s plans to overhaul their attack are expected to be affected by the future of Romelu Lukaku, who could leave Stamford Bridge for the second time after just one season under Tuchel.

The club-record £97.5million move simply hasn’t worked out to date and Inter Milan are now discussing the prospect of re-signing the Belgian with his lawyer.