Thomas Tuchel wants to become the first long-term manager of the Roman Abramovich era and has told the Chelsea owner he can build a dynasty. Victory in the Champions League final against Manchester City capped a stunning turnaround in four months for the German.

But he laid out his long term vision to Abramovich at a meeting yesterday to hammer out a new deal which could see him stay at the club until 2024.

Asked whether he could be the man to end the hire-and-fire policy at Stamford Bridge in order to create sustained long-term success, Tuchel said: We have to check with the owner if this is his plan, I think it’s possible.

“It’s always possible because the foundation is very, very strong.

“If we really want to build something, I’m all in, I can tell you. And I’m happy to talk about it and discuss it. If our beliefs match, we go from there.”

Saturday’s victory over Manchester City triggered an extension clause in Tuchel’s 18-month contract which was set to run out next summer. 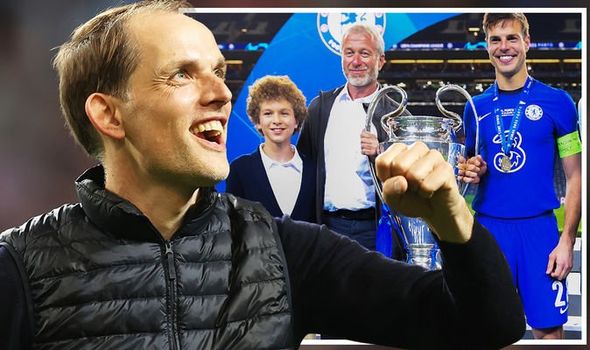 Abramovich is ready to reward Tuchel with a longer-term deal which could see him stay at Stamford Bridge until the end of 2024.

“I think that I have a clause that makes my contract a bit longer if I win the League or the Champions League.

“But there are no doubts I want to stay and it’s even not the most important thing.

“It will not affect my input and my energy. I’m very happy to be here, it’s a fantastic beginning and we go now for the next one.”

The manager met the Chelsea owner for the first time on the pitch in Porto but was set for further meetings to hammer out a new deal yesterday.

And he will use his position of strength to pitch for summer signings to boost his squad.

“Two or three could be very, very good,” said Tuchel. 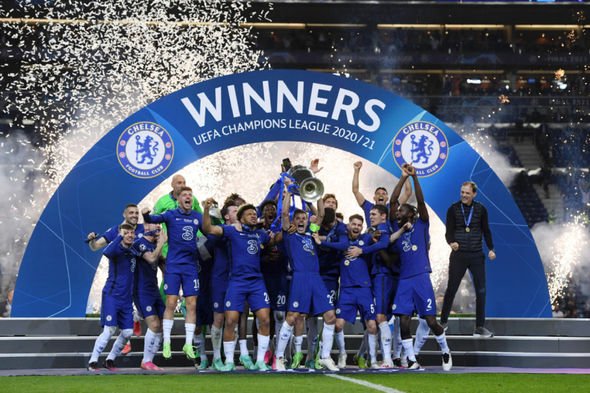 “That you always bring new energy, new guys who question the old beliefs, who challenge everybody in the training and in matches, so I think it’s a good thing.”