Declan Rice will be 'held back' at West Ham says pundit

Chelsea transfer chief Marina Granovskaia will reportedly only give Frank Lampard the green light to make one signing in the January transfer window after splashing the cash this summer. Lampard was heavily backed ahead of the 2020/21 season with the likes of Timo Werner, Kai Havertz, Ben Chilwell and Edouard Mendy all arriving at Stamford Bridge.

Lampard still feels he has a piece missing from his transfer jigsaw.

The Blues were proactive in the last transfer window and got the majority of their business done early.

Most of Lampard’s targets were brought in – besides West Ham holding midfielder Declan Rice.

Chelsea are still keen to sign the England international and are considering a January move.

West Ham are under no pressure to sell the 21-year-old and David Moyes has recently warned it would take the ‘Bank of England’ to prise Rice away from east London. 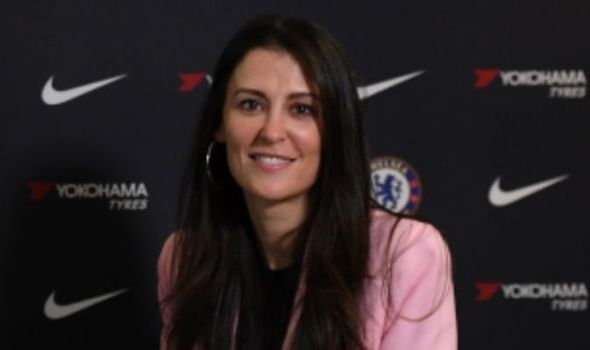 Chelsea could look at alternative options but the Athletic claims Granovskaia will only sanction a move for Rice.

The West Ham star was released by the Blues academy in 2014 and fits the mould for the exact type of player they are looking to recruit.

The midfielder has yet to reach his peak and he would be an investment for many years to come.

But it will not be easy to convince West Ham to sell Rice, as Moyes issued a warning earlier this year.

“I am confident he will be here because he is under contract, but whatever club you are at, even the biggest clubs sell their best players at the right value,” the Scot said.

“We can’t stop other clubs making offers but I’m guessing you [the media] will speculate, but the truth is we have had no offers for anybody.

“He is a really good player and I see him helping us, I hope that he sees what we are trying to add which will make him excited about being at West Ham. 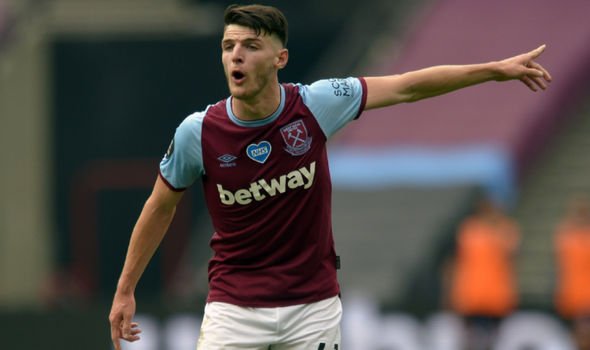 “Declan was reassured when he signed a five-year contract, when you do that you decide you are committed to the club. If somebody then turns up and offers you a bundle of cash, that’s the club’s decision.

“I think Declan is the future captain of West Ham going forward. When Mark Noble comes to an end I think it will be Declan Rice.

“We have no intention of letting him go but if it does come it will need to be ‘Bank of England’ money.”