Chelsea have announced the signing of 20-year-old forward David Datro Fofana on a six-and-a-half year deal from Molde.

Becoming their second signing of what is expected to be a busy January window, Chelsea announced the arrival of the Ivory Coast international on Saturday.

Fofana’s arrival at the club follows Chelsea’s policy of buying youthful players as they seek to rebuild their squad under the tutelage of Graham Potter. 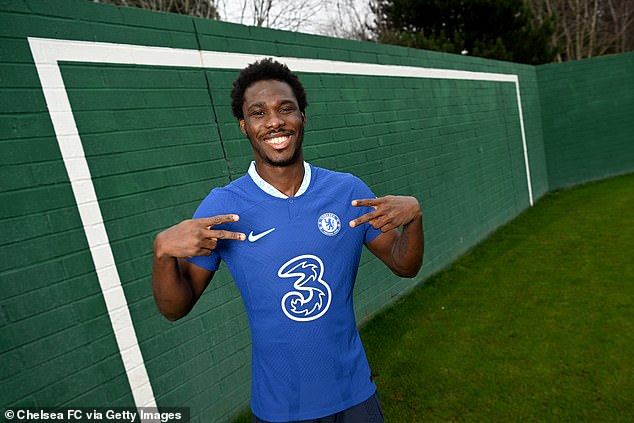 Speaking to the club’s official website upon the completion of his move, Fofana said he had joined the ‘club of my dreams’.

‘Hello dear fans, I’m here, I’ve arrived well and I’m very happy to sign for the club of my dreams,’ he said. ‘I’ll see you soon on the pitch, cheers!’

Fofana is a quick and pacy forward who has impressed in the Norwegian top division since he joined from the Amadou Diallo Football Academy in his homeland in 2021.

He scored 24 times and assisted a further 10 in that time.

Potter has been quizzed on the moves Chelsea will make this month to try and improve their side as their position in the league becomes increasingly more perilous as the year goes on.

But the Blues boss was not drawn on any speculation ahead of Thursday night’s Premier League clash with Manchester City.

‘It’s a good question but the problem is if I answer it and I’m specific in that answer, every single player in that area will be linked with Chelsea,’ he said. ‘So I have to dodge it – and I hope you can understand why I’m dodging it. 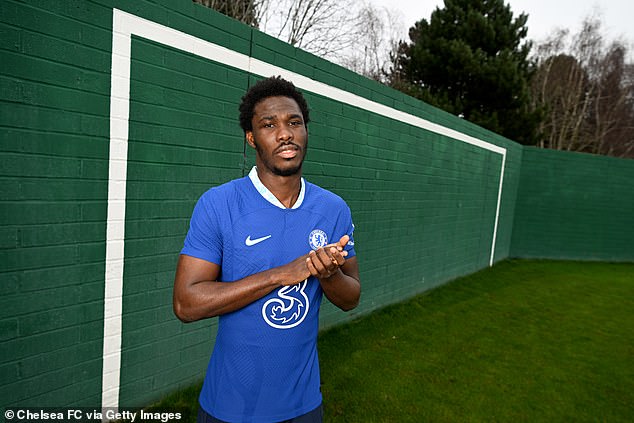 Speaking to the club’s official website upon the completion of his move, Fofana said he had joined the ‘club of my dreams’

‘I always answer that part of the question by saying that I’m the head coach and my responsibility is to the players that are here.

‘We will try in every window to improve, but January is a complicated one because it’s the middle of the season.

‘And in the meantime, we have to deal with all the noise of Chelsea getting linked with everybody and I don’t comment on any player that isn’t a Chelsea player.

‘As always, and it’s a boring answer, but my job is to help the players that are here and support the club in terms of decisions they make in terms of how to improve.’