Chelsea manager Frank Lampard is hoping to freshen up his squad with several new signings in the summer transfer window. Borussia Dortmund winger Jadon Sancho and Lille defender Gabriel Magalhaes are top of the Blues’ wishlist, but they won’t come cheap.

Sancho is also wanted by Manchester United so the England international is expected to cost at least £120million.

Meanwhile, Chelsea are one of four teams who have had bids accepted for Gabriel as Lille look to make a profit on the 22-year-old.

Everton and two unnamed Italian clubs are reportedly also in the hunt for the centre-back, who is currently valued at around £30m.

Additionally, Chelsea are targeting Porto left-back Alex Telles and have been linked with Philippe Coutinho, Moussa Dembele and Victor Osimhen while a new goalkeeper is also on Lampard’s radar as the future of Kepa Arrizabalaga remains uncertain. 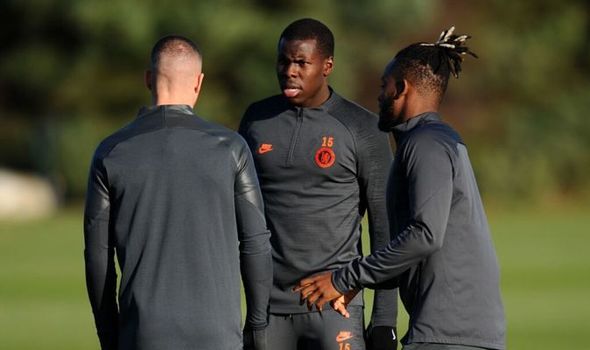 The Blues have already signed Hakim Ziyech from Ajax in a deal worth £33m and with so many other potential new arrivals on the horizon, they will need to generate a significant transfer kitty through player sales in order to fund a summer spree.

Football.London have identified four players who could all be on their way out of Stamford Bridge at the end of the season, generating a windfall of over £100m.

Firstly, Marcos Alonso reclaimed his spot at left-back shortly before the Premier League season was put on hold due to the coronavirus outbreak – meaning he is now expected to stay at Chelsea for the foreseeable future.

Therefore, Emerson Palmieri is likely to be offloaded in order to make space for defensive reinforcements and Juventus has been touted as a possible destination for the Italian.

Using valuations from Transfermarkt, it is suggested that Emerson could bring in £27m if he reunites with former Blues boss Maurizio Sarri in Turin.

Chelsea are well-stocked in central defence with Antonio Rudiger having been partnered by Fikayo Tomori, Kurt Zouma and Andreas Christensen at various times this season.

The Dane now appears to be Lampard’s preferred choice alongside Rudiger while Tomori is considered to have a big future at Stamford Bridge, so Zouma is the odd one out.

The Frenchman impressed on loan at Everton last season and has proven himself in the Premier League, meaning a number of clubs could be interested in meeting his £31.5m valuation if Chelsea wish to sell. 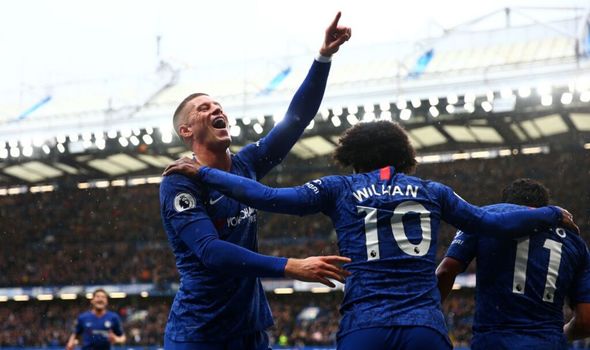 Football.London then suggest it may be time for the Blues offload Ross Barkley after an inconsistent two-year spell at Stamford Bridge.

Chelsea would still make a profit on the playmaker if he leaves for his £24.3m valuation, having joined from Everton for Just £15m in January 2018.

Finally, Michy Batshuayi is expected to depart this summer after falling behind Olivier Giroud in the pecking order at Stamford Bridge.

Both are playing second-fiddle to Tammy Abraham, but out-of-contract Giroud appears to be favoured by Lampard and has reportedly been offered an extension on his current deal.

Even if Giroud does depart, Batshuayi would only be second-choice until a new striker is signed so the Belgian would generate some useful funds if he was sold for around his £19.8m valuation.

The total sum of all four players comes to £102.6m, which would bolster Chelsea’s sizable existing transfer budget after a summer without spending last year due to a transfer ban.

Meanwhile, this pot could be supplemented further if Victor Moses (£7.65m) completes a permanent move to Inter Milan and the Blues can find buyers for Danny Drinkwater (£5.4m) and Tiemoue Bakayoko (£28.8m).