Chelsea could be one of four high-profile Premier League clubs said to be monitoring Josh King ahead of a summer transfer. The Bournemouth striker has established himself in the top flight after a number of eye-catching seasons and is now being linked with a move up the table.

King is well-regarded in the Premier League, maintaining a strike-rate of nearly a goal every three games for the Cherries since moving to the Vitality Stadium in 2015.

And four of the traditional top-six clubs are interested in signing up the 28-year-old, according to Sky Sports.

Manchester United made a £20million bid for King on deadline day in January, although this was rejected so the Red Devils signed Odion Ighalo on loan from Shanghai Shenhua instead.

With Ighalo due to return to China when his loan expires, United are on the hunt for a new striker and it is logical that they could revisit their approach for King. 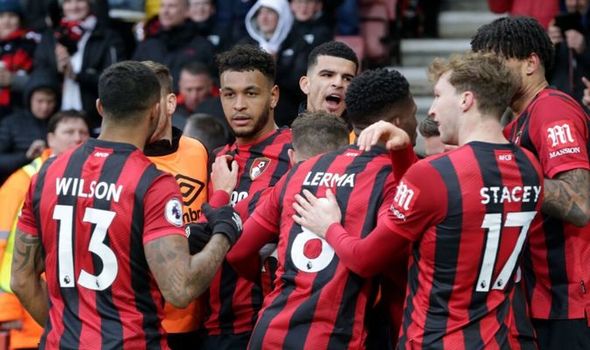 Meanwhile, the report from Sky Sports points out that Chelsea are also on the lookout for attacking reinforcements this summer.

Manager Frank Lampard is hoping to sign a frontman who can ease the goalscoring burden on Tammy Abraham, with Moussa Dembele, Timo Werner and Victor Osimhen all linked.

Olivier Giroud has recently signed a 12-month extension on his contract at Stamford Bridge but Michy Batshuayi is expected to move on after failing to convince the Blues boss of his worth.

King could therefore fill the void left by the Belgian and would provide the west London club with vital attacking versatility.

The Norwegian is renowned for his link-up play, often dovetailing well with England international Callum Wilson, and can also play out wide due to his impressive pace.

He has scored 48 times for Bournemouth in 163 appearances, while notching 17 goals in 46 international outings.

King has just one year left on his current contract and is expected to leave this summer as the Cherries cash in.

Meanwhile, Tottenham are searching for a back-up to Harry Kane as the north London outfit often struggle on the rare occasions when their captain is sidelined due to injury. 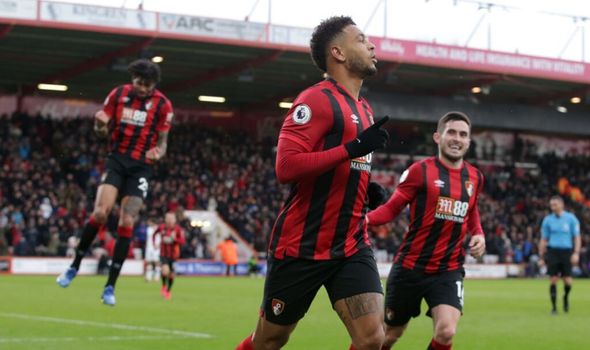 Spurs could therefore be the third club monitoring King while Arsenal would complete the quartet, with Liverpool and Manchester City presumably happy with their attacking options.

King started his career in the Manchester United academy and was frustrated that a return to the club did not come to fruition earlier this year.

Speaking to Norwegian broadcaster TV2, he said: “How close it was I have no complete answer to.

“I have to watch what I say. I had some faith that it was going to happen.

“And it was a bit sensitive for me considering that I moved to England as a 16-year-old to achieve my dream and wanted to reach that goal at Manchester United.”