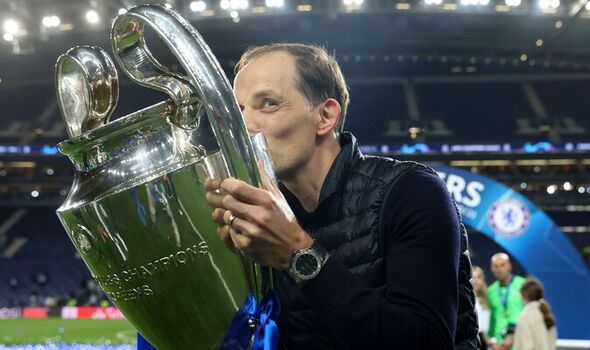 Chelsea fans showed their appreciation for Thomas Tuchel with a touching tribute in the 21st minute of their Champions League clash with Red Bull Salzburg. Tuchel was unceremoniously sacked by Todd Boehly less than 24 hours after Chelsea’s defeat to Dinamo Zagreb last week.

It brought an end to the German’s 18-month stint in charge at Stamford Bridge having started off with a bang. Tuchel led Chelsea to their second-ever Champions League title after just a few months in charge and oversaw a huge overhaul in the Chelsea squad.

Big things were expected of Chelsea this season with Boehly breaking records with his backing of his manager in the market. But a stuttering start to the Premier League with two defeats in six games saw Tuchel coming under pressure.

And Boehly surprisingly pulled the trigger soon after last week’s loss to Dinamo Zagreb in Chelsea’s Champions League opener. The decision proved unpopular among many Chelsea fans and he’s still clearly well respected by most at Stamford Bridge.

Potter was given a nice welcome for his first game in charge against Salzburg, but the biggest applause came in the 21st minute for Tuchel. The Chelsea fans had planned to pay tribute to Tuchel in that specific moment of the match due to his Champions League title coming in 2021.