Chelsea fans have trolled Bayer Leverkusen following their failure to qualify for next season’s Champions League. The Blues are eager to sign Kai Havertz from the Bundesliga giants when the transfer window reopens. And supporters now think they’ll land the Germany international for cheaper.

Leverkusen beat Mainz 1-0 in their Bundesliga clash on Saturday afternoon, with Kevin Volland scoring the only goal of the game.

However, with rivals RB Leipzig beating Augsburg 2-1 courtesy of a Timo Werner double, Havertz’s side won’t be in the Champions League next season.

And Chelsea fans have been quick to rub salt into Leverkusen’s wounds, with one saying: “Havertz is cheaper then. Nice.”

“Hand over Kai already,” were the words of a third supporter.

And a fourth said: “Thank you for cheaper Havertz.” 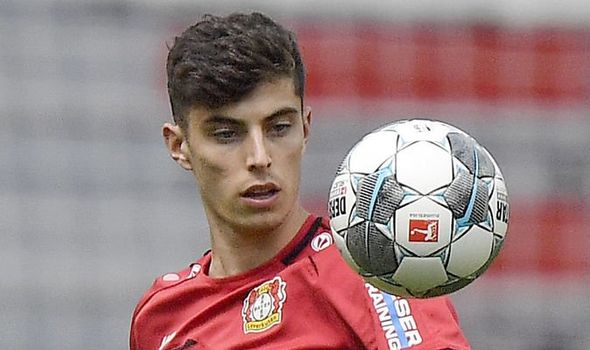 Chelsea have already enjoyed a fruitful start to the summer transfer window, securing the arrivals of Werner and Hakim Ziyech.

But Havertz is who Frank Lampard wants to sign next, with the Blues boss blown away by the 20-year-old’s performances this season.

And ESPN pundit and former Chelsea star Craig Burley recently urged his old side to land the Leverkusen star, saying: “You can’t have enough good players.

“It would be a statement of intent to go out and get one of Europe’s most exciting young talents.

“It does fit with the narrative that Chelsea and Lampard are going down. 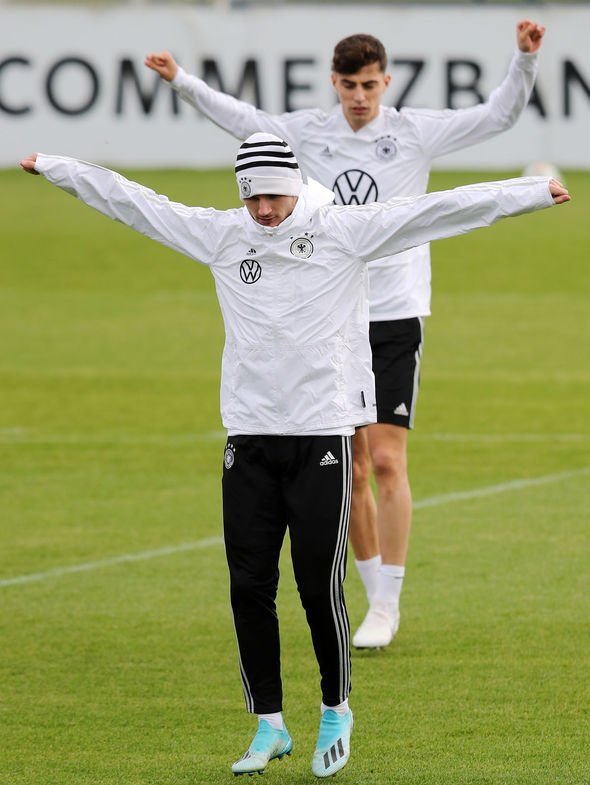 “They are looking to sign younger players with sell-on value but who can also produce the goods now.

“If they get Werner, he can play wide or through the middle. Havertz is flexible as well. They may be a little top-heavy, in terms of their forward line.

“But it would be a statement from [Roman] Abramovich to say, ‘we’ve given you Werner and we also want Havertz, one of the brightest talents in European football’.

“But I doubt they will be in that race alone because Havertz is probably on everybody’s radar.”

Speaking before Leverkusen’s clash with Mainz, manager Peter Bosz insisted there were no sure signs that his star asset wanted to leave the BayArena behind.

“I certainly don’t have the impression that this will be his last game for the club,” he said.

“He is still under contract with us and I have to assume that he will be with us next season too.

“That will include the German Cup Final next month and the next Europa League game against Rangers in August.

“Of course, that’s all dependent on nothing happening before then.”

David Villa was the underrated star of Spain's golden age