The Chelsea Supporters Trust (CST) has slammed the way the club are allocating tickets for the return of fans to Stamford Bridge.

CST says it is “appalled” the club is charging £75 – the most in the Premier League – for the majority of tickets against Leeds, labelling it “exploitation”, and via a ballot following talks with the club this week.

A maximum of 2,000 Chelsea fans will be allowed back into the ground for the first time since March after London was placed into the second-highest tier of new Covid19 restrictions, and tickets are being allocated for Leeds in the Premier League and the Krasnodar Champions League game in December.

But the group said: “The CST is extremely disappointed with the CFC announcement regarding the return of supporters to Stamford Bridge.

“Throughout all discussions we have had with the club, the consensus was that tickets would be sold on 50 per cent loyalty points and 50 per cent on a first-come, first-served basis with potentially a one-price ticket for any part of the stadium.

“The club, in their wisdom, have decided to charge an eye-watering £75 for the majority of sold tickets. The CST is also appalled to learn that this price is the highest that any PL club is charging for tickets. At a time of financial uncertainty, for CFC to charge supporters £75 for a match ticket, the CST believe that this is a clear exploitation of supporter loyalty. 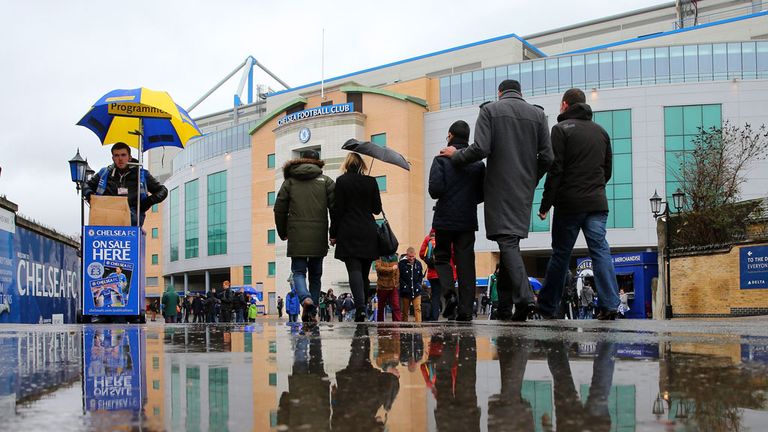 “The CST have expressed our disappointment and anger to the club representatives in a phone meeting (on Saturday morning) and will continue to push for a more appropriate scheme in the upcoming months.”

On announcing ticket availability for the two December games, Chelsea said: “With seats only available for a small percentage of our normal attendance at Stamford Bridge, we empathise with the many who will be disappointed to initially miss out when the tickets are allocated, which will be by a ballot system.

“Before deciding on this method of ticket allocations, the club consulted with supporter groups. We listened to all the feedback, and we appreciate that not everyone will agree with the system being put in place, but at the very heart of all the decisions we have made on this matter is the desire to be as fair as possible to as many as possible.”

Chelsea are offering tickets in only two areas of the ground; 80 per cent of which will be in the west stand lower tier, and 20 per cent in the shed end lower tier. For the Leeds game, tickets will be £75 in the former and £40 in the latter, while all tickets for Krasnodar will be £35.