Chelsea are looking to follow up their signing of Omari Hutchinson by securing the services of fellow wonderkid Zak Sturge. Sturge, who has won three caps for the England under-18s, revealed on social media last week that he had left Brighton following the expiration of his contract.

Chelsea are at the start of a new era following their takeover by Todd Boehly. And they are desperately trying to bolster their ranks. At the weekend, it was confirmed that 18-year-old attacking midfielder Hutchinson had penned a deal at Stamford Bridge after quitting Arsenal. And he is set to be joined by Sturge.

According to the Daily Mail, Chelsea are set to beat off competition from Leeds as well as a number of clubs in the Bundesliga to snap up the left-back. The Blues held an interest in the 18-year-old before they were sanctioned during Roman Abramovich’s final months in charge and finally look set to get a deal over the line.

Sturge was highly thought of at Brighton and was a regular for their under-18s side last season. But he turned down the offer of a new contract on the south coast amid interest from other clubs. The teenage sensation has also gained supporters in the England set-up and helped his country’s under-18s win their Four Nations tournament in Croatia earlier this summer. 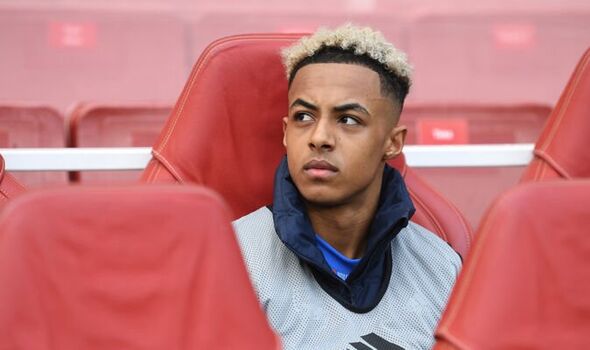 And the player will now be hoping to make his mark at Stamford Bridge. “I’ve spent three special years down on the south coast with Brighton, but it’s now time to say goodbye,” Sturge wrote on Instagram last week as he announced his departure from the Seagulls.

“During my time at the club I have learnt a lot about myself as a player and made some life long friends along the way. That being said, it’s now time for me to start the next chapter in my footballing journey. I would like to thank all the Brighton coaches that have played a part in developing me as a player over the past three years. And I would like to wish everyone (staff & players) all the best for the forthcoming season.” 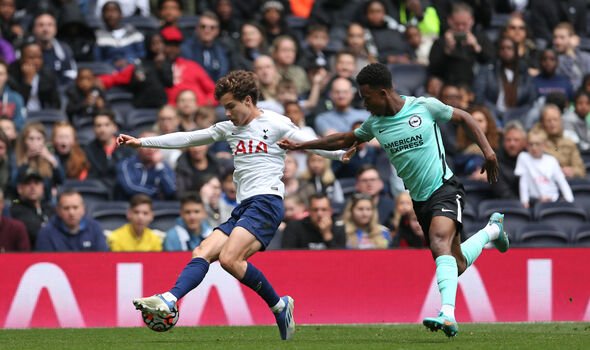 Meanwhile, Chelsea are also looking to add Southampton youngster Tyler Dibling to their ranks this summer. The 16-year-old grabbed the headlines in April after scoring a hat-trick of almost identical goals during an under-23s match against Newcastle.

Southampton are now braced to lose the talented attacking midfielder, having already seen their Wales under-19 goalkeeper Eddie Beach join Chelsea for around £250,000 at the end of last month.