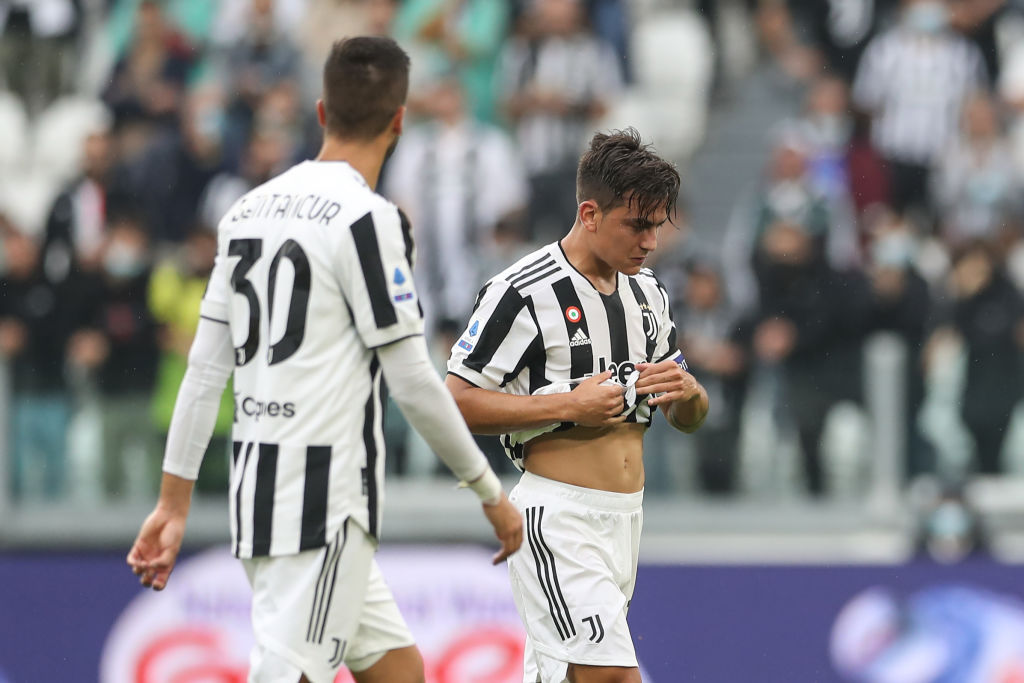 Chelsea’s trip to Turin in the Champions League on Wednesday night just got a little bit easier after Juventus duo Paulo Dybala and Alvaro Morata both picked up injuries on Sunday.

The Old Lady hosted Sampdoria and took an early lead through the in-form Dybala, but barely 10 minutes later the Argentine was forced off the pitch with an injury and exited the field in tears.

Leonardo Bonucci doubled the hosts’ lead from the penalty spot but Maya Yoshida pulled a goal back just before half-time.

Summer signing Manuel Locatelli added a third goal after the restart and it proved to be crucial, with Sampdoria rallying late on and netting what ultimately proved to be a consolation goal through Antonio Candreva as Juve earned a 3-2 win.

But the victory was bittersweet for manager Massimiliano Allegri, with striker Alvaro Morata also signalling that he had picked up an injury and asking to be taken off.

That has robbed Juventus of their two biggest attacking weapons for the visit of Chelsea in the Champions League, with Allegri confirming after the game that neither player will be involved.

‘Dybala and Morata certainly won’t play against Chelsea or Torino. That is for definite,’ said the clearly frustrated Juve boss.

‘We can only hope that we get them back after the break for international duty.

‘This is part of the game and we have to keep going.’

Dybala and Morata have both scored three goals apiece for Juventus this season and have been shining lights in a rather frustrating start to the campaign.

Their win over Sampdoria – just their second of the season – has taken them up to ninth place in the Serie A table but they are already 10 points adrift of leaders Napoli and Allegri is under serious pressure ahead of facing the Champions League holders.