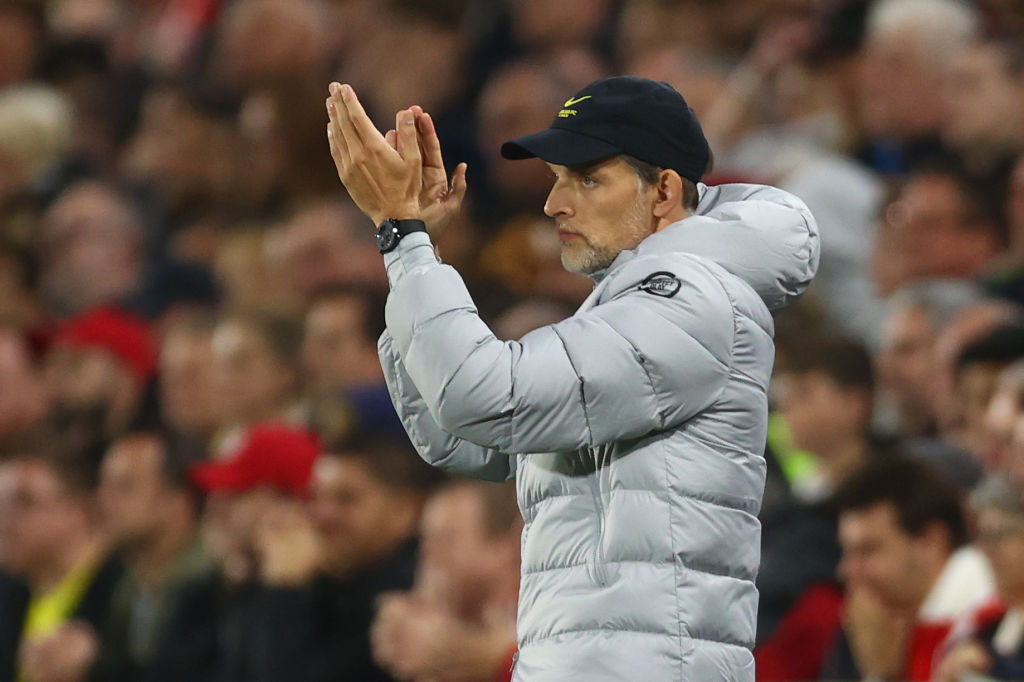 Gary Neville insists Chelsea are in with a ‘great shout’ of winning the Premier League title this season because of the side’s resilience and never-say-die attitude.

The Blues beat Brentford 1-0 on Saturday night thanks to a Ben Chilwell goal on the cusp of half-time but Thomas Tuchel’s side were fortunate to leave north-west London with all three points and had Edouard Mendy to thank for a number of crucial saves.

The victory ensured Chelsea returned to the top of the Premier League table but the form of Manchester CIty and Liverpool has seen many commentators tipping a two-horse race this term.

Neville, though, believes Chelsea have a ‘great shout’ of winning the title for the first time since 2017.

‘I think Chelsea can win the title, I know people say Liverpool or City. But I do think this Chelsea team are resilient, and there isn’t anyone in the league that will like to play against them,’ Neville told Sky Sports.

‘Brentford have enjoyed playing against them in ht last 15-20 minutes but that was a tough game for 60-70 minutes, they had to change things up to even get back into the game.

‘That was a Chelsea team missing key players, they’ve got so many players to come back, they’ve got players coming off the bench. I think they are in with a great shout of winning the title I really do.’

Chelsea were missing the likes of Thiago Silva and Antonio Rudiger for their visit to Brentford but they managed to keep a clean sheet, despite conceding 26 shots from the Bees.

Mendy made a number of fine saves in the closing stages to ensure Chelsea kept their lead and Tuchel was quick to praise the Senegal international in his post-match interview.

‘He was concentrated in the first half,’ said Tuchel.

‘They trouble you with long throws and set pieces. They created big chances and he was the key to the clean sheet.’

Abramovich pushed for Havertz deal and he is FINALLY flourishing

Klopp recalls how secret meeting with Liverpool led to his appointment