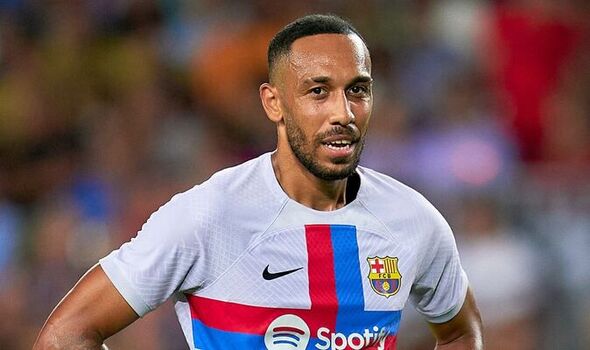 Chelsea could be just ‘hours away’ from signing Pierre-Emerick Aubameyang from Barcelona as the Catalan giants look to make room within their squad to register new signing Jules Kounde, according to reports in Spain. The Gabon international has been at the heart of long-winded discussions between the Blues and Barca as the two clubs seek to reach an agreement over a transfer.

Chelsea would be keen to include Barcelona target Marcos Alonso as part of the operation but at this stage, any transaction is expected to be separate.

Barcelona are determined to get Kounde on board before this Sunday’s La Liga clash with Real Valladolid and in order to do so, Aubameyang could be the man to depart.

Mundo Deportivo claim a deal could be struck in a matter of hours with Chelsea ’emptying their pockets’ to try and finance a deal – both in terms of a fee and the player’s salary.

It’s no secret that Thomas Tuchel is determined to reunite with his former Borussia Dortmund striker, who he shares a close bond with following their time in Germany. 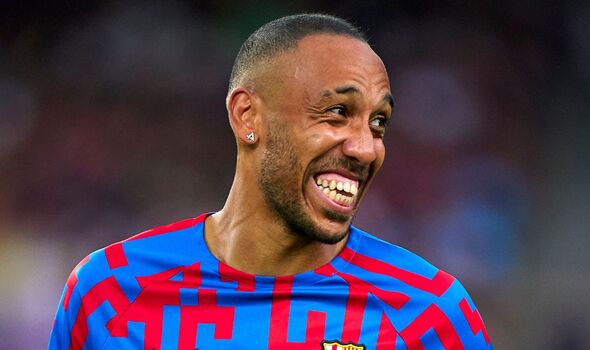 Aubameyang hit a career-best 31 league goals in the 2016/17 season under his former manager before eventually moving to Arsenal in January 2018.

The Gabon international found the net 68 times in four years in the Premier League and won the 2018/19 Golden Boot alongside Mohamed Salah and Sadio Mane.

He only joined Barcelona on transfer deadline day in January but just seven months later, he appears to be edging closer to the exit door.

The forward was spotted at Barcelona-El Prat airport on Thursday, sparking speculation he could be heading for London.

But instead, Aubameyang headed to Paris to resolve a personal issue relating to family matters.

Chelsea are said to have held further late-night talks with Barcelona over a deal in the early hours of Friday morning.

Barcelona are keen to net at least £20m for the 33-year-old, who featured in the midweek friendly with Manchester City.

Aubameyang waved goodbye to the Barcelona crowd as he left the field to a standing ovation in what appeared to be a clue that he was off.

Dynamo Moscow wonderkid Arsen Zacharjan could be next through the door after a bid worth £12.7m was submitted to the Russian club.

The Blues are still also hopeful of signing Wesley Fofana from Leicester as they prepare to try again with a four bid worth up to £75m.

Frank Lampard has denied Everton have received an offer worth £60m from Chelsea for Antony Gordon, who will be in the squad for this weekend’s trip to Brentford.

Europa League group stage draw: All you need to know