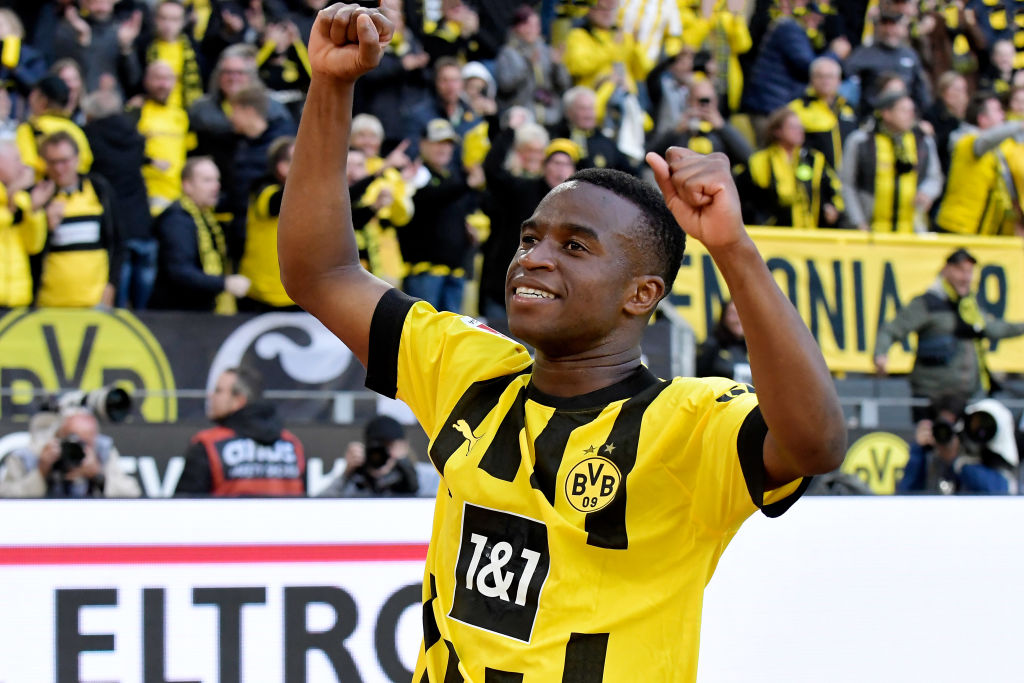 Chelsea are hoping to secure the signing of Borussia Dortmund starlet Youssoufa Moukoko.

A number of clubs have shown interest in the 18-year-old striker whose contract with Borussia Dortmund is set to expire at the end of the season.

The Blues are among them with Graham Potter keen to bring in a new long-term option at centre forward with Chelsea now exploring the possibility of bringing him to Stamford Bridge, The Athletic report.

Moukoko, who became the youngest player to represent Germany at a World Cup when he came off the bench in the group stage against Japan, is out of contract at the end of the season with Chelsea laying the groundwork for a summer deal.

But the report adds Chelsea may also explore the possibility of bringing the German to west London in January.

Moukoko is also on Liverpool and Manchester United’s radar but has also not ruled out the possibility of signing a new contract with Dortmund.

‘I feel very comfortable in Dortmund, I feel the confidence of the coach,’ he told a Germany press conference last month. ‘You’ll find out in the end whether I decide to stay or not.’

Chelsea currently have the options of Pierre-Emerick Aubameyang and Kai Havertz to lead the line, having scored seven between them with Raheem Sterling leading the club’s goal scoring charts with five.

But Potter was handed a huge injury blow on Sunday with another forward option in Armando Broja stretchered off with a suspected knee injury.

The 21-year-old was left in considerable pain 19 minutes into the game out in Abu Dhabi on Sunday afternoon having collided with Ezri Konsa after chasing down a loose ball.

Broja was left screaming and clutching his right knee and was carried off after a prolonged stoppage in play.

Speaking after the 1-0 defeat, Potter said it was too early to say how long the player is facing on the sidelines but conceded ‘it doesn’t look positive’.

‘It was an unfortunate action, I think he got caught up with their player and the ground,’ Potter told Chelsea’s official website. ‘It doesn’t look positive at the moment but it is too early to say. Fingers crossed but it is an awkward one.’

The Albania international has made 18 appearances for the Blues this season, starting just two Premier League games.