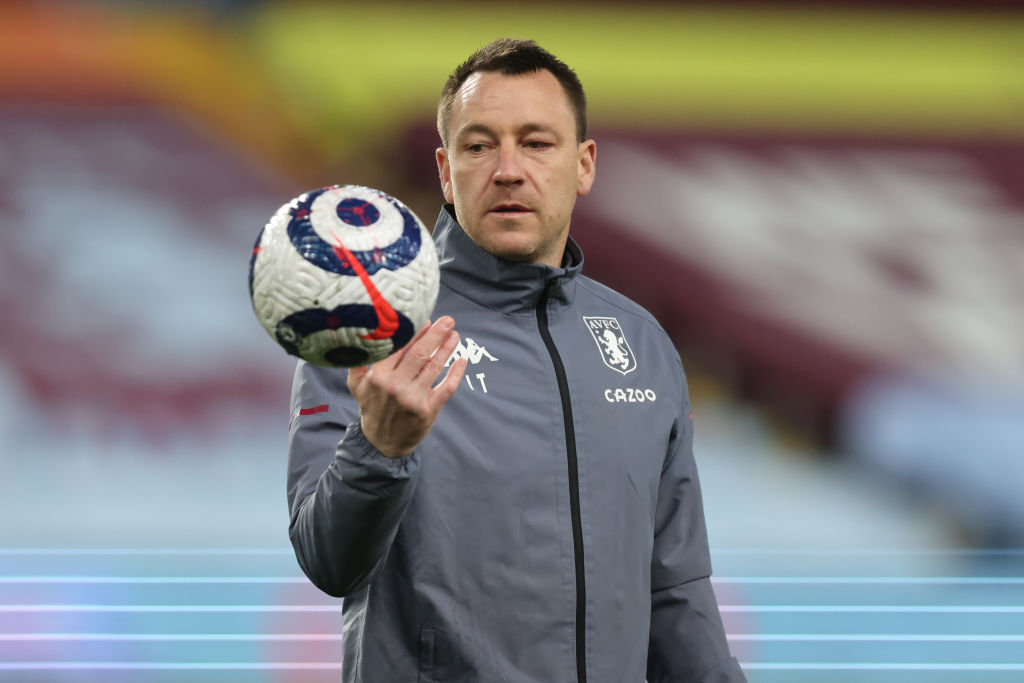 Former Chelsea captain and Aston Villa coach John Terry ruthlessly mocked Tottenham both during and after his side’s 2-1 victory over the north Londoners on Wednesday night.

Spurs went ahead early on through Steven Bergwijn but conspired to gift Villa two goals in quick succession, with Sergio Reguilon slashing the ball past his own keeper before presenting Ollie Watkins with an easy chance to put the visitors ahead.

Although Tottenham improved a little in the second half, they struggled to breach the Villa defence and limped to defeat in their last home game of the season as their hopes of a Europa League finish all but evaporated.

With just one game to play, Ryan Mason’s side sit in seventh place in the Premier League table and need to beat Leicester City on the final day of the season and hope West Ham lose to Southampton in order to finish in the Europa League spots.

During Wednesday’s defeat, a large swell of supporters – who were allowed into the stadium as lockdown restrictions ease – decided to give Terry some stick, singing a chant about Ledley King (‘Oh Ledley, Ledley, He’s better than John Terry’) which belittles the Chelsea legend.

The former Blues centre-back, who was on the touchline, responded by turning to the supporters and lifting an imaginary trophy, with Terry having won significantly more honours than Spurs – though they did beat Chelsea in the Carling Cup final in 2008.

Terry’s mocking of Tottenham continued on Instagram after the match, sharing a post of his banter with the Spurs fans and adding 17 trophy emojis as well as two crying-laughing emojis.

He also took another dig at Tottenham in a post of his own, referencing the fact that Chelsea used to call White Hart Lane ‘Three Point Lane’ because they had such a good record there.

‘Great way to bounce back tonight,’ he wrote. ‘I enjoyed that one.

To make matters worse for Tottenham, if they manage to beat Leicester on Sunday they will effectively hand Chelsea a place in the Champions League and could still end up playing in the Europa Conference League themselves.

Spurs’ latest defeat was their 12th of the season and leaves them tied on 59 points with Everton, while Arsenal are just one point further back and have a rather easier final game at home to Brighton.

Clarke-Harris aiming to power Peterborough back into the Championship