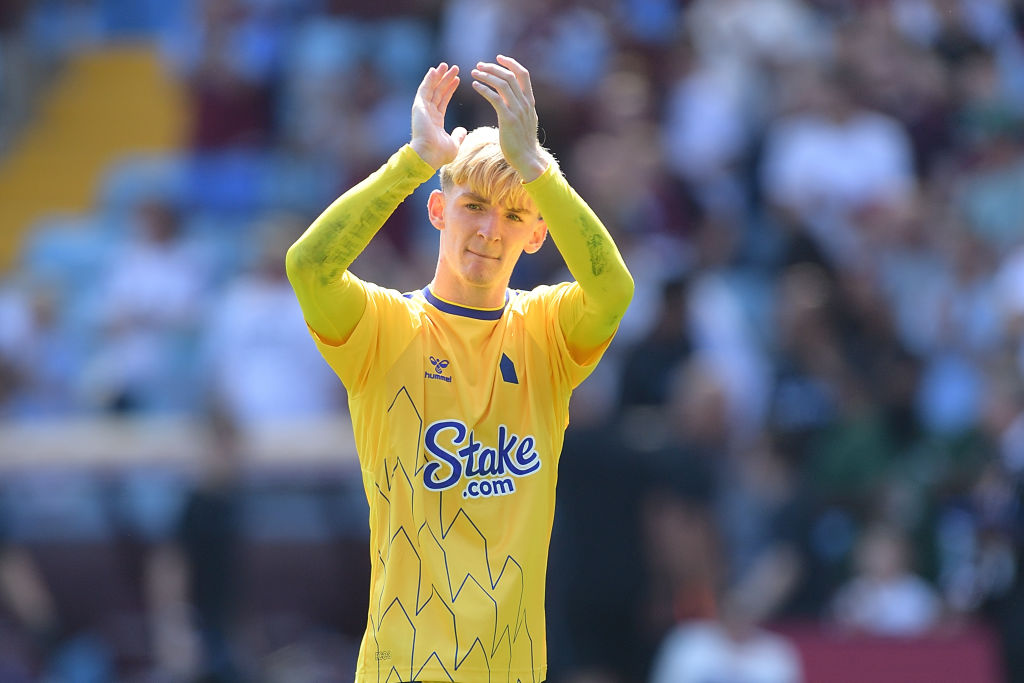 Chelsea have put in a £40m bid for Everton forward Anthony Gordon as they look to strengthen their attacking powers, according to reports.

Sky Sports report that the substantial bid has been made for the 21-year-old, who has started both of Everton’s games so far this season, failing to score in the two defeats.

The BBC have since reported that Everton have turned down the offer and Chelsea are expected to come back with a larger bid.

Gordon became a regular in the Toffees team last season and has made 60 appearances in total across all competitions, scoring just four goals.

Everton have already lost one of their best forwards this summer, with Tottenham signing Richarlison, while Dominic Calvert-Lewin has been out injured so far this season.

This has left Gordon leading the line, when he is generally has been seen as a winger in his young career so far.

Liverpool legend Jamie Carragher reckons that, given their lack of numbers up front, Everton could not accept a bid of that nature for Gordon.

‘It’s a lot of money for a young player, just coming onto the scene, but I don’t see how Everton could accept that,’ Carragher told Sky Sports.

‘The position they’re in right now, lacking attacking players, he’s the one big hope for the club

‘They need an attacking player coming in, so there’s no way they can let him go. Certainly being a local lad, he’s the one they’re hanging their hats on, as supporters. I think it would have to be a lot higher than that.’

Chelsea are in the market for forward players after Romelu Lukaku and Timo Werner left the club this summer, while there is uncertainty over the futures of Callum Hudson-Odoi, Hakim Ziyech and Christian Pulisic.

However, it was thought that the Blues would be pursuing a centre-forward as they only have youngster Armando Broja in that position, with summer signing Raheem Sterling playing there so far this season, but he too is more obviously suited to the wing.