Kepa Arrizabalaga is reportedly wanted by Valencia and could join the La Liga outfit, either permanently or on loan for the 2020/21 campaign. Chelsea are set to replace the Spaniard with Ajax stopper Andre Onana, although the Blues have also been linked with a host of other targets.

Kepa has endured a tough time at Stamford Bridge since his world record £71million move from Athletic Bilbao in 2018, falling out with former boss Maurizio Sarri before being dropped by Lampard midway through the current season.

But the 25-year-old has still made 33 appearances across all competitions so far this season and has a number of admirers around Europe.

Mundo Deportivo claim Valencia are the latest club to show an interest in signing the Chelsea goalkeeper.

The Spanish publication suggest Kepa is viewed as a solid replacement for Jasper Cillessen, who has seen injuries plague his time at the Mestalla. 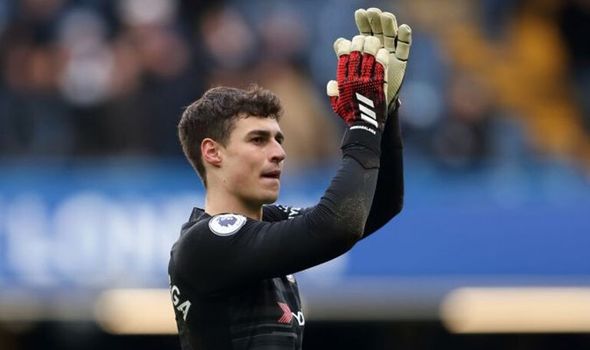 The Dutchman moved from Barcelona last summer but has managed just 16 La Liga outings and other reports indicate that he is now being touted for a return to Ajax.

Such a transfer would fit nicely with Chelsea’s plans, as the Blues have been monitoring Ajax keeper Onana ahead of a potential move.

However, Barcelona are also said to be keen on the Nigerian and any move from the Catalan giants would cast doubt on Neto’s position at the Nou Camp.

The Brazilian moved from Valencia at the start of last season, trading places with Cillessen to provide cover for Marc-Andre ter Stegen.

If Chelsea manage to snap up Onana, Kepa will be more than likely to move on as he looks for guaranteed game time ahead of the rescheduled Euro 2021 tournament.

The Blues have already confirmed Willy Caballero will remain at Stamford Bridge next season, with the Argentine having signed a 12-month contract extension last week.

However, the 38-year-old is unlikely to be Frank Lampard’s first choice in a team focused on bringing through youth talent.

The Blues boss is expected to be busy during the summer transfer window, looking to make a number of signings in key positions. 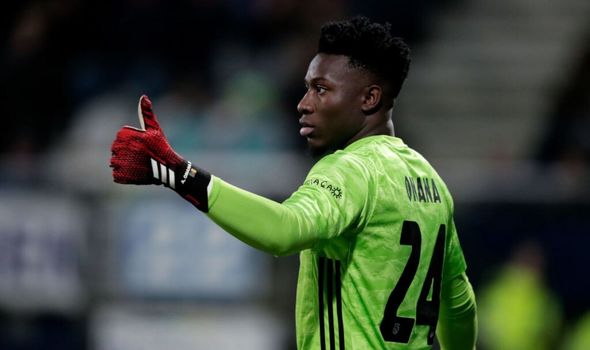 A new left-back is required with both Marcos Alonso and Emerson Palmieri expected to depart, although it remains to be seen whether Chelsea have the funds to spend £80million on Ben Chilwell.

However, the England international is also wanted by Manchester United and valued at £120m so Philippe Coutinho or Kai Havertz may be more realistic signings.

Finally, the Blues desire a striker to share the goalscoring burden with Tammy Abraham and Lyon frontman Moussa Dembele appears favourite to make the move to west London.