The Blues have been struggling with a coronavirus crisis in recent weeks with Tuchel announcing seven positive cases in their team ahead of last week’s 0-0 draw at Wolves.

And despite being able to field a full first-team squad for their quarter-final clash against west London neighbours Brentford, Tuchel chose Soonsup-Bell and Vale, aged 17 and 18 respectively, to start up front amid a striker crisis. 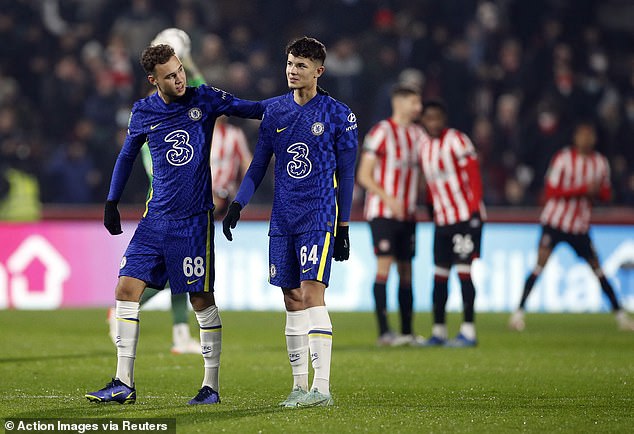 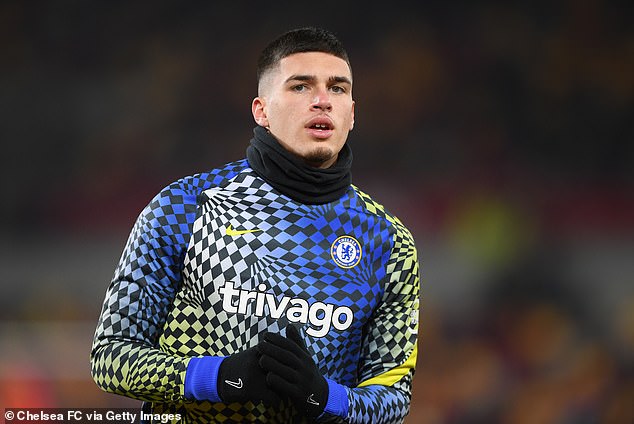 Tuchel decided to rest attackers Mason Mount and Christian Pulisic – who are on the bench at Brentford on Wednesday night – meaning 18-year-old striker Vale gets the nod.

The 18-year-old attacking midfielder has five goals in 11 Premier League 2 matches for Chelsea this season, while 17-year-old Soonsup-Bell has just one in ten appearances in the same competition.

Simons, meanwhile, is understood to be defensive midfielder and has played 15 times for Chelsea’s youth squads this season. 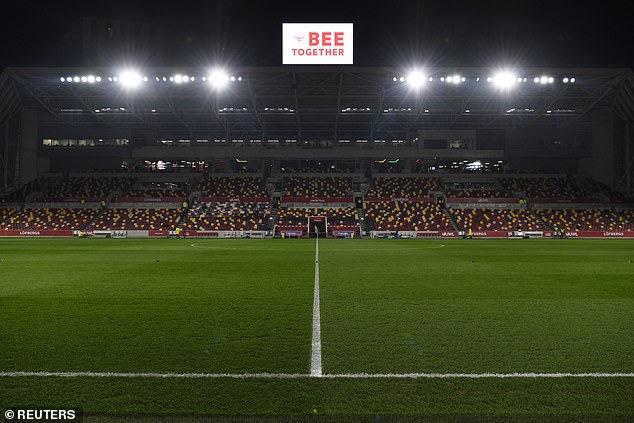 The 18-year-old used to be on the books at Wednesday’s opponents Brentford and moved to Stamford Bridge five years ago.

Other than the three teenagers, Chelsea named a relatively strong squad for the last eight clash at the Brentford Community Stadium.

Trevoh Chalobah managed to shake off a knock he picked up at Wolves last week to line up in the Blues defence, with Cesar Azpiliceuta captaining the side in west London.

Ross Barkley is the most senior member in attack, while there are also starts for Malang Sarr, Marcos Alonso and Saul Niguez. 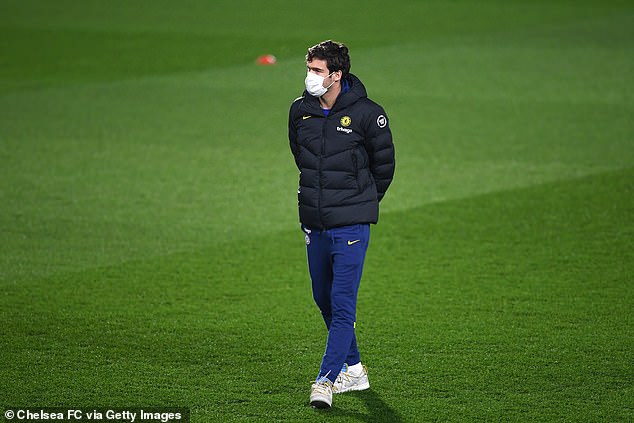 Reece James, Jorginho, N’Golo Kante and Antonio Rudiger were named alongside Mount and Pulisic on the Chelsea bench.

Meanwhile, Brentford named a strong line-up filled with first-team players after they came through a coronavirus crisis of their own last week.

Ethan Pinnock was one of the players to contract the virus last week and he came into the starting line-up on Wednesday, but striker Ivan Toney – who was also infected – had to settle for a place on the bench.

Goalkeeper Alvaro Fernandez, who is deputising for regular first-choice shot stopper David Raya who is out until March, has also recovered in time for the Carabao Cup quarter-final.