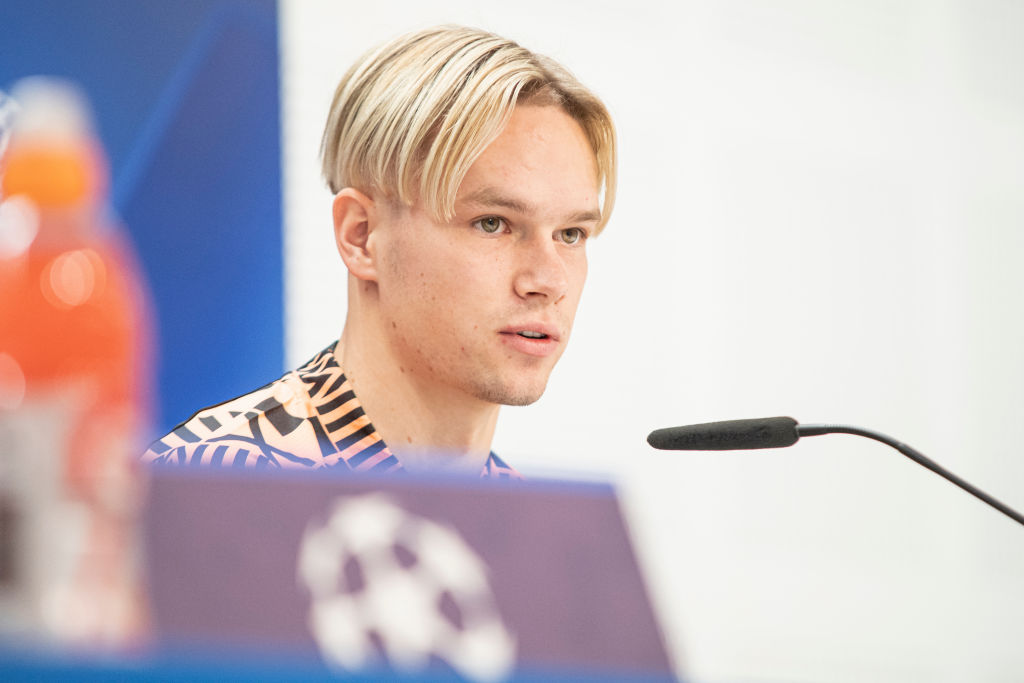 Chelsea have officially announced the signing of Mykhailo Mudryk after successfully hijacking Arsenal’s deal for the Shakhtar Donetsk star.

Arsenal had appeared to be the favourites to land Mudryk in January and the player was keen on a move to the Emirates but the Gunners were not prepared to pay his price tag while Chelsea also offered him a much more lucrative contract.

Mudryk has now penned a eight-and-a-half year deal at Stamford Bridge, keeping him at the west London club until 2032.

‘I’m so happy to sign for Chelsea,’ Mudryk told the club’s website. ‘This is a huge club, in a fantastic league and it is a very attractive project for me at this stage of my career.

‘I’m excited to meet my new team-mates and I’m looking forward to working and learning under Graham Potter and his staff.’

Chelsea owner Todd Boehly and co-owner Behdad Eghbali said in a statement: ‘We are delighted to welcome Mykhailo to Chelsea.

Mykhailo Mudryk has finalised his move from Shakhtar Donetsk after agreeing personal terms with the Blues. ð¤

‘He’s a hugely exciting talent who we believe will be a terrific addition to our squad both now and in the years to come. He will add further depth to our attack and we know he’ll get a very warm welcome to London.’

Mudryk was spotted at Stamford Bridge on Sunday after being invited to watch Chelsea’s Premier League clash against Crystal Palace.

The Blues will pay €70million (£62m) up front, with a further €30m (£26.5m) in add-ons, which was significantly more than Arsenal were willing to splash out.

Chelsea also handed Mudryk a bigger salary and a longer contract, with Arsenal only offering him a five-year deal.

It has been reported that Blues boss Graham Potter played a key role in convincing Mudryk to move to Chelsea.

Arsenal are currently top of the Premier League table while Chelsea have been in abysmal form this term and find themselves 10th and 10 points off the top four prior to Sunday’s match against Palace.