Chelsea owner Roman Abramovich is demanding his club “take the fight to Liverpool and Manchester City next season”, according to Sky Sports News reporter Kaveh Solhekol. The Blues are attacking the transfer window before it officially opens on Monday, having already completed two signings.

Chelsea have added Hakim Ziyech and Timo Werner to Frank Lampard’s squad and are closing on a deal for Bayer Leverkusen sensation Kai Havertz, who is eager to make the move to Stamford Bridge.

The Blues’ aggressive recruitment drive shows their intent to cut the gulf in class to Liverpool, who ran away with the Premier League title, and runners-up City.

Their spree has, so far, been funded by last summer’s sale of Eden Hazard to Real Madrid but the fact Roman Abramovich is willing to splash the cash is encouraging. 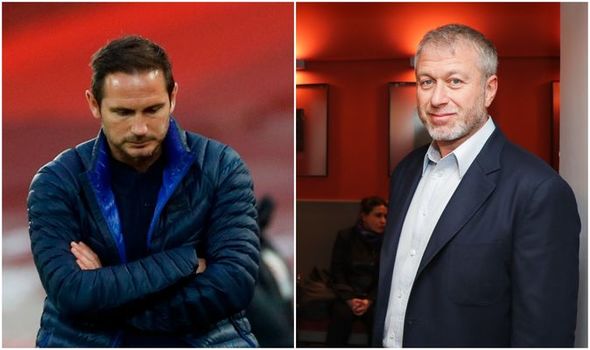 “Roman Abramovich is kind of reengaged at Chelsea, he seems to have got the hunger back, he seems to have really backed Frank Lampard, he wants to take the fight to Liverpool and Manchester City next season, and he knows that to be the best you have to buy the best.

“He’s in this incredible position this summer where he has got a lot of money when a lot of other clubs – Chelsea’s competitors – don’t have money to spend.

“Also, prices have come down a bit so being the great businessman that he is, he spotted a great opportunity in the market and he’s going to take advantage of it and buy some really good young players for Chelsea.”

Chelsea will take their summer spending rocketing past the £150million barrier if they complete a deal for Havertz.

Solhekol claims the Germany international is on the brink of sealing the switch.

“The state of play is that Chelsea want to sign him, he wants to move to Chelsea, Bayer Leverkusen will sell him this summer simply because he’s got two years left on his contract and he’s not going to be signing a new deal so this is the time they’re going to get the biggest transfer fee for him.

“Bayer Leverkusen want €100m which is about £90m. I don’t think Chelsea are going to stretch as far as that, we think they’re going to do a deal probably for something like £70m but everything is pointing to the fact this deal is going to be done pretty soon.”

Chelsea are also looking to sign a goalkeeper, centre-back and left-back as part of their summer recruitment drive.