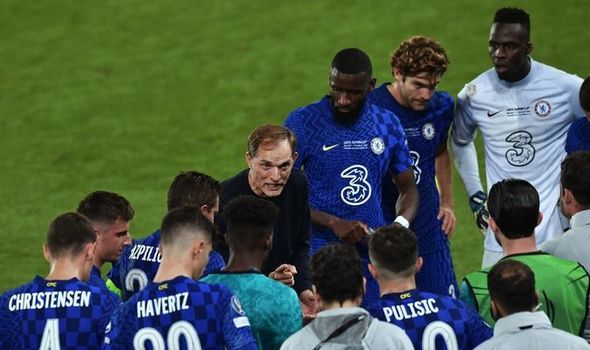 Chelsea will wait to hear from FIFA on their plans for the Club World Cup after Japan decided to pull out of hosting the tournament despite successfully staging the Olympics Games and Paralympics in the past two months. The decision has been made following the country’s decision to extend emergency COVID-19 restrictions in Tokyo and other regions of Japan until at least the end of the month.

The Blues were set to join the likes of Al Ahly from Egypt and New Zealand’s Auckland City in the Far East this December.

It’s a competition Chelsea know well from back in 2012 when they were beaten 1-0 in the final by Brazilian side Corinthians.

This time around, the European champions are hopeful of returning to London with the trophy but as of now, there is widespread uncertain surrounding this year’s competition.

FIFA have confirmed in a statement that Japan will no longer play host to this year’s event, with alternative plans now under discussion.

It read: “FIFA can confirm that it has been informed today by the JFA that, due to the COVID-19 pandemic and hosting situation in the country, they are no longer in a position to host the FIFA Club World Cup 2021.”

Qatar, who played host to the 2019 and 2020 tournaments that were won by Liverpool and Bayern Munich respectively, is now expected to replace Japan as the host nation.

The United Arab Emirates also have experiencing staging the tournament in recent times having put on a show in 2017 and 2018.

This year’s competition was the first time the tournament has been played in Japan since 2016, when Real Madrid lifted the trophy after beating Japanese side Kashima Antlers.

Chelsea are automatically set to enter at the semi-final stage, meaning they will have to win just two matches to reign supreme.

For the latest news and breaking news visit: /sport/football