Chelsea are set to complete the signing of Malang Sarr on a five-year contract. The former Nice defender will join the Blues on a free transfer. He will become the latest arrival at Stamford Bridge in what is shaping up to be an exiting summer of transfer activity.

Chelsea are eager to strengthen their defence after recording the worst goals-against record of the Premier League top 10 last term.

Frank Lampard has set his sights on PSG veteran Thiago Silva to provide a quick fix but long-term options are also being sought.

And Chelsea have seen off competition from clubs in Italy for Sarr, who held talks with Lampard before agreeing to make the switch.

The 21-year-old has been earmarked as one for the future so an imminent loan move to the Bundesliga is likely, according to Fabrizio Romano. 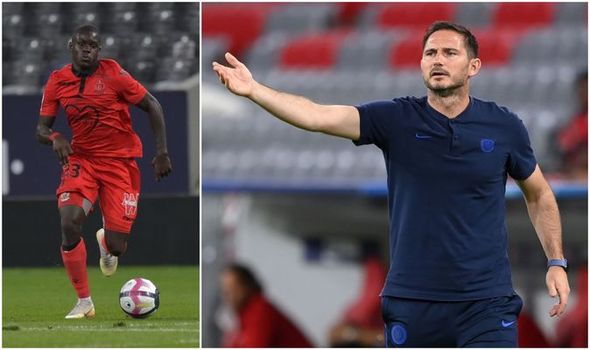 Romano wrote on Twitter: “Chelsea have decided to sign Malang Sarr as a free agent! Total agreement reached until June 2025.

“The club will now consider with Lampard to loan him out (many requests from Bundesliga clubs).”

He added: “Malang Sarr will sign his contract on next hours with Chelsea in London.

“He turned down bids from Italy and also had a talk with Lampard on last hours. Here we go!”

Chelsea have already spent around £80million on Hakim Ziyech and Timo Werner.

The total is set to rocket past the £200m barrier in the coming days, however.

Kai Havertz is edging closer to a £90m switch from Bayer Leverkusen.

While Ben Chilwell is set to be put through a medical ahead of a £50m transfer in the next 48 hours.