Chelsea signing Hakim Ziyech has been branded a “world-class player” by Mason Mount. The Ajax playmaker is set to move to Stamford Bridge after agreeing an initial €40million (£35.1m) transfer fee. He signed a five-year contract in February after finalising personal terms on the switch.

Ziyech’s transfer is due to go through on July 1 but the coronavirus pandemic has cast doubt on when he will officially complete the move because the Premier League and Eredivisie seasons are likely to still be running by that date.

Mount, however, cannot wait to link up with the playmaker, who he faced in the 2017/18 campaign while on loan at Vitesse Arnhem.

The England international was playing in the Combat Corona FIFA tournament when he was asked whether he was looking forward to playing in the same team as Ziyech.

“Yeah,” he replied. “So two years ago I was in Holland on loan so I knew a bit about him then and obviously how good of a player he is. 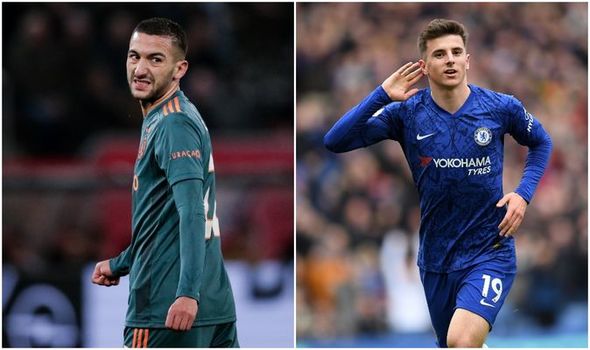 “So obviously it’s another amazing, world-class player joining the club.

“So yeah buzzing to work with him, train with him and hopefully play with him.”

Ziyech has carved out a reputation as one of the continent’s leading playmakers while at Ajax.

The 27-year-old has contributed 82 assists and 48 goals in 165 appearances for the Amsterdam giants.

Chelsea will hope Ziyech can bring that flair to Stamford Bridge and the Morocco international is excited to be heading to the Premier League. 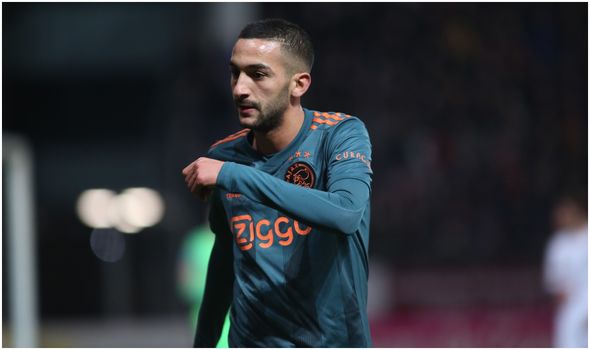 “I am delighted and proud to have signed for such a huge club as Chelsea,” he said.

“I am looking forward to next season and hope we can achieve great things together.”

After Ziyech penned the five-year contract, Chelsea director Marina Granovskaia said: “We are delighted Hakim will be joining us in the summer, having been a key target of the club’s in this last window.

“He has consistently been one of the most dangerous attacking players in Europe in recent years, which we saw first-hand in our two games against Ajax in the Champions League.

“We wish Hakim and Ajax all the best for the rest of the season and look forward to welcoming him to Stamford Bridge in the summer.”