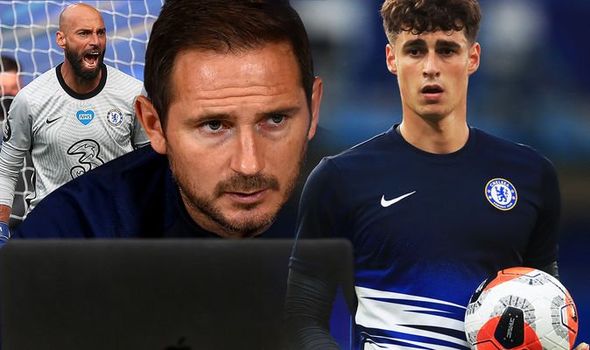 Willy Caballero has paid tribute to the support that Chelsea misfit Kepa Arrizabalaga has given him – and insisted that he should stay at Stamford Bridge.

The 38-year-old is expected to take Arrizabalaga’s place in Chelsea’s goal in their FA Cup final clash with Arsenal on Saturday (5.30pm kick-off), with £71.6 million club-record signing Arrizabalaga fearing that he will be left on the bench again by manager Frank Lampard.

Arrizabalaga, 25, was dropped for the second time this season last week when Chelsea beat Wolves to secure their place in the Premier League’s top four.

Now, second-string goalkeeper Caballero looks set to keep his place for the Wembley final in another major snub for the Spanish No 1 goalkeeper, who expects to be left out and fears he may have played his last game for the club. 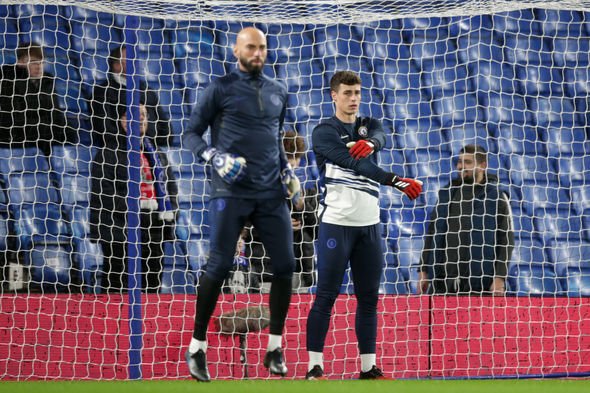 Arrizabalaga was also dropped for five games in March, but won his place back, only to be axed again for errors in the 5-3 defeat by Liverpool.

The troubled Spaniard is now a target for both Seville and Valencia – but the high price Chelsea will put on him plus his high wages will be a problem for virtually every club.

Caballero though wants the former Athletic Bilbao man to stay. He said: “Of course I hope he stays.

“I have known him for two years. Last season was very good for him. This season there were some other things happening, but last year was fantastic. He is still the no1 goalkeeper for Spain, and is a great goalkeeper.”

Argentine Caballero added: “We have a great relationship – first of all because we speak the same language.

“We work together well in training. It was the second time that Frank left him out, but in terms of our relationship he has been very good. 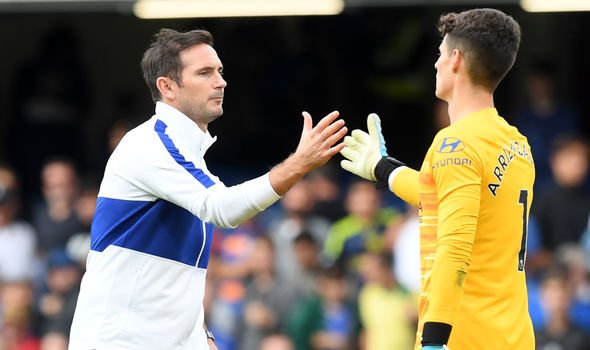 “He has been behind me, helped me with everything in the games that I have played.

“Thats all I can say about Kepa. He has shown me and all of us a great face, even in the worst moments for him. That is so professional from him.

“The way that he worked during those weeks and in the last week, he was excellent.”

Sky Sports pundit Jamie Carragher recently warned about Arrizabalaga however: “Chelsea will go no further unless they change the goalkeeper.

“I know they keep buying a lot of attackers but you see how many goals they have conceded. I think a lot of that is down to the goalkeeper, if I am being totally honest.

“It is an area that – if they want to compete with Liverpool and Manchester City – they will have to rectify in the summer.”