Chelsea striker Olivier Giroud is reportedly set to join AC Milan on a free transfer this summer after agreeing a two-year deal with the Italian club. Giroud is out of contract with the Blues at the end of June and has already lined up his next club.

The French striker has always appeared likely to leave the west London club at the end of the season, having been a peripheral figure in 2020/21.

The 34-year-old has scored 11 goals in 31 appearances across all competitions for Chelsea this season, but just 12 of those have been starts, with both Frank Lampard and Thomas Tuchel preferring other players.

Chelsea had to convince Giroud not to leave last summer and in January, with the experienced forward seeking assurances that he would play enough to secure a place in France’s squad for this summer’s European Championships.

He has done that, but having rarely featured in recent months under Tuchel’s management, he is moving on at the end of June. 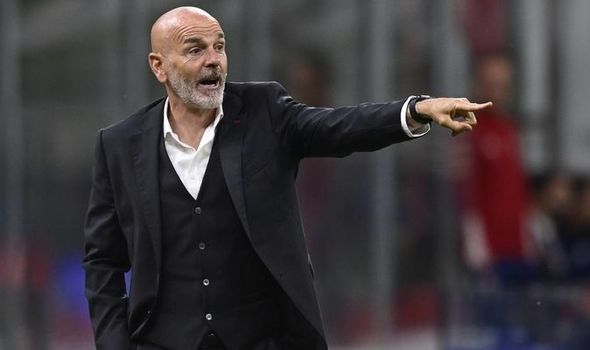 According to Milan News 24, Giroud has already agreed to a two-year deal worth £3million (€3.5m) per season plus bonuses with Milan.

Giroud has reportedly already begun searching for houses in Milan and is expected to provide competition with Zlatan Ibrahimovic in Stefano Pioli’s side next season.

AC Milan finished second in Serie A this season, 12 points adrift of rivals Inter, and are already planning how to bridge the gap in the 2021/22 campaign.

Despite enjoying a decent season, the need for a new striker is clear in Pioli’s side.

Ibrahimovic finished as Milan’s top scorer with 15 goals, with Franck Kessie (13), Ante Rebic (11) and Theo Hernandez (7) all chipping in.

Liverpool on pointless transfer mission if other issues aren’t fixed

Beyond Ibrahimovic, Pioli only had youngsters Rafael Leao and Brahim Diaz to call upon up front – a stark contrast to Inter’s dual threat of Romelu Lukaku and Lautaro Martinez.

Despite playing a bit-part role since arriving at Stamford Bridge from Arsenal in 2018, Giroud has scored 39 goals in 119 appearances for Chelsea and could be just what Pioli is looking for.

“I’m already thinking about the next season, I want to raise the bar and we are ambitious,” Pioli told Milan TV after the end of the season.

“It would be great to win something with Milan, but I remember when Paolo Maldini said that in order to be competitive, we need to play the Champions League for two or three seasons in a row. We must have ambition because we are Milan.

“I am already preparing for the next season, I dream overnight and work during the day. Dreams can come true.”