PICTURED: Chelsea target Kai Havertz training today as Bayer Leverkusen prepare to play him against Rangers while stand-off over his dream £75m move to Stamford Bridge rumbles on

The 21-year-old attacker has been linked with a £75million move to the Premier League side this summer, as part of a new-look Chelsea attack including fellow German Timo Werner and ex-Ajax star Hakim Ziyech.

Leverkusen admitted earlier this week that Havertz could join Chelsea at any time this summer, though he is clearly part of his current side’s preparations ahead of their European tie against the Scottish outfit. 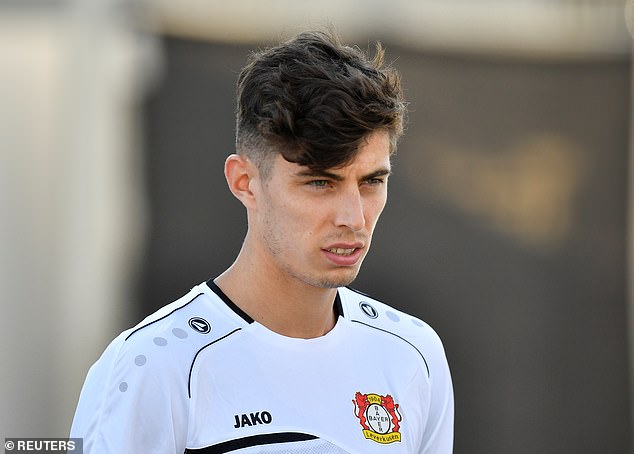 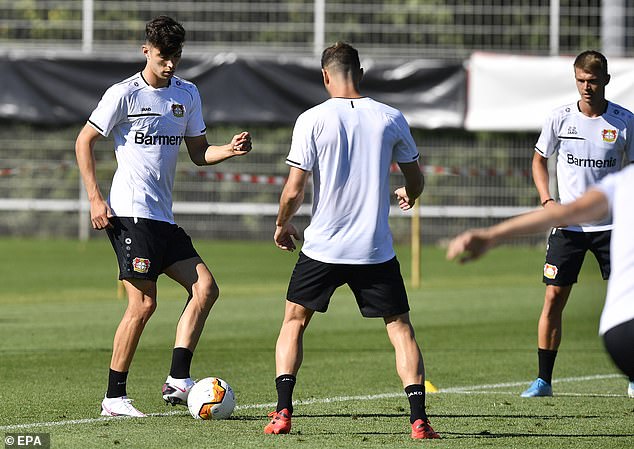 The Bundesliga club host Rangers on Thursday night with a 3-1 advantage from the first-leg back in March.

Leverkusen boss Peter Bosz believes Havertz is in the right mindset to play against Rangers, depsite the speculation surrounding his future. 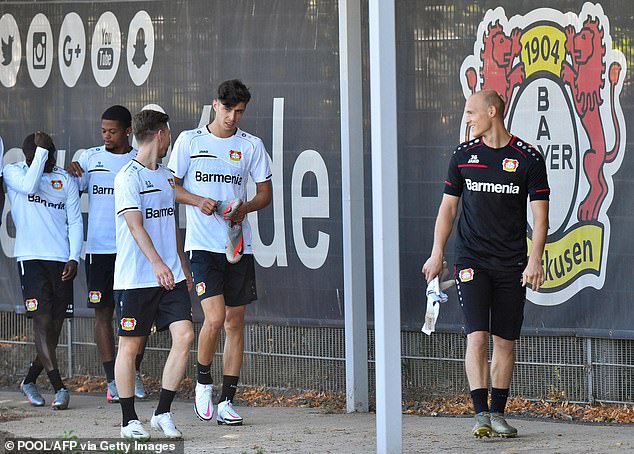 But the Leverkusen head coach admitted earlier this week that the German attacker could join Chelsea at any point.

He told Deutschen Presse-Agentur last week: ‘I know what he wants to do, but of course I’m not going to give it away, it’s up to him.

‘I couldn’t say. Perhaps the crucial call will come today, maybe next week, maybe not at all.’ 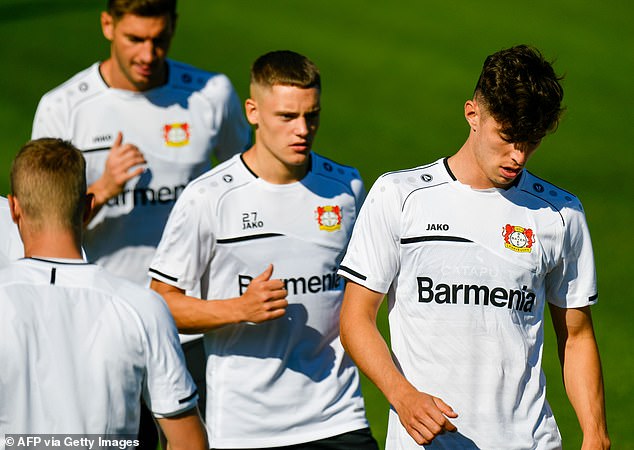 Havertz already has three Europa League goals this season, with the young German netting 17 goals in all competitions so far this season.

The 21-year-old will be looking to surpass last season’s goal total of 20 during the final few matches of the Europa League tournament.

Chelsea, meanwhile, have already secured a spot in the Champions League next season after a fourth-placed finish in the Premier League.