Chelsea travel to Goodison Park to begin their Premier League season away to Everton on Saturday evening, and the big question is whether new signing Marc Cucurella could feature alongside fellow arrivals Raheem Sterling and Kalidou Koulibaly. Chelsea have recently struggled away to Everton, losing on each of their last four visits to the Blue side of Merseyside, but will hope to end their hoodoo and begin the new campaign on a positive note. Thomas Tuchel’s side have already been handed a boost as Everton talisman Dominic Calvert-Lewin has been ruled out of the match, and deputy Salomon Rondon is suspended due to his red card against Crystal Palace on the penultimate weekend of last season. Chelsea completed the signing of Cucurella on Friday in time to register him for the game, but it remains to be seen whether Tuchel will throw him into the deep end or not.

Chelsea’s Cameroon stopper quickly claimed the No 1 spot in Tuchel’s side since he was signed from Rennes two years ago, and looks set to continue as first choice this season. Mendy’s understudy Kepa Arrizabalaga has been linked with a move away from the club this summer.

The Spaniard, who joined Chelsea for £72million in 2018 as the most expensive goalkeeper of all time, but could be set to leave on loan to Napoli before the end of the month. Gabriel Slonina arrived from Chicago Fire this window, but has already been loaned back to the MLS club. 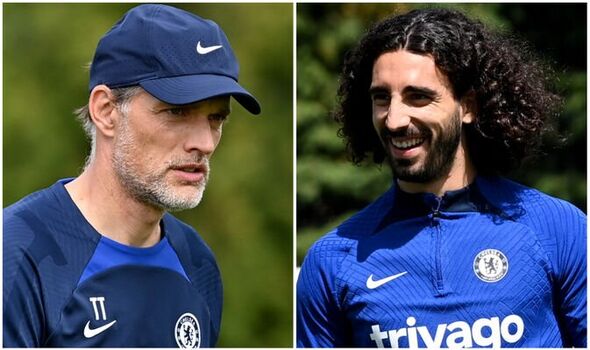 Koulibaly is expected to make his Premier League debut alongside Thiago Silva while club captain Cesar Azpilicueta could complete the back three after the 32-year-old ended any speculation surrounding his future by signing a new two-year contract to remain at the club.

Reece James should start on the right, but the left wing-back role is the most uncertain position in the side. Cucurella could be put into the team but Tuchel’s pre-match comments suggested he was more likely to feature in the back three and following speculation around his future at Brighton, Seagulls boss Graham Potter did omit the full-back from training with the rest of the squad and Cucurella could be short of fitness.

Chilwell has only played 157 minutes of pre-season following his comeback from an ACL injury he suffered last year but could start and be given an hour before being subbed off, and reports linking Marcos Alonso with Barcelona have recently intensified so there may be a decision to leave him out of the side.

Only Mendy and Silva played more pre-season minutes than Jorginho, who is expected to orchestrate the Chelsea midfield once again despite rumours of Frenkie de Jong joining from Barcelona.

Any one of N’Golo Kante, Mateo Kovacic or Ruben Loftus-Cheek could join the Italian in midfield, but despite the French World Cup winner missing the club’s US tour he was given the full 90 minutes against Udinese and may get the nod against Everton. 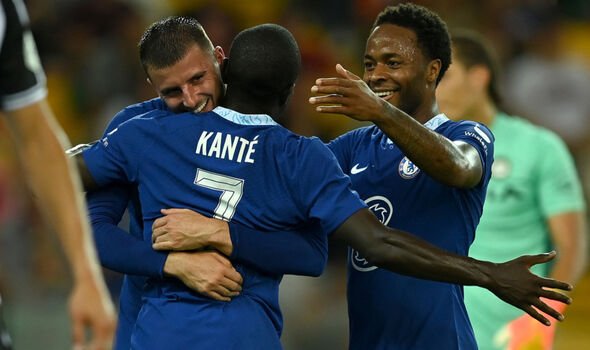 Sterling is set to make his Premier League debut in a front three alongside Mason Mount and Kai Havertz. The fluid trio are expected to provide the majority of goals for Tuchel’s side as they attempt to catch Liverpool and Manchester City while also fending off Tottenham, Arsenal and Manchester United.

Despite links to Cristiano Ronaldo and more recently Pierre-Emerick Aubameyang, Tuchel’s side are unlikely to begin the season with a recognised number nine as Armando Broja and Michy Batshuayi have not looked in favour during pre-season.