Barcelona striker Pierre-Emerick Aubameyang gave a shifty answer when quizzed on links to Chelsea, with the London club reportedly hoping to organise a Premier League return for the former Arsenal star. The Blues are in need of attacking reinforcements after letting go of Timo Werner and Romelu Lukaku during the course of the summer.

Aubameyang only joined Barcelona in February after the Gunners forked out millions to terminate his contract following a spat with manager Mikel Arteta. To rub salt into Arsenal’s wounds, the Gabon frontman hit the ground running in La Liga, scoring 11 goals in 17 matches.

But the arrival of Robert Lewandowski could convince Xavi to part company with Aubameyang if the right offer comes in. Barca have had issues registering their new signings due to financial difficulties and shifting another big name off the wage bill would have its benefits.

With a price tag in the region of £25million, Chelsea are thought to be posturing for a bid and while links grow louder, the player himself was reluctant to give too much away when asked about his potential switch to Stamford Bridge. 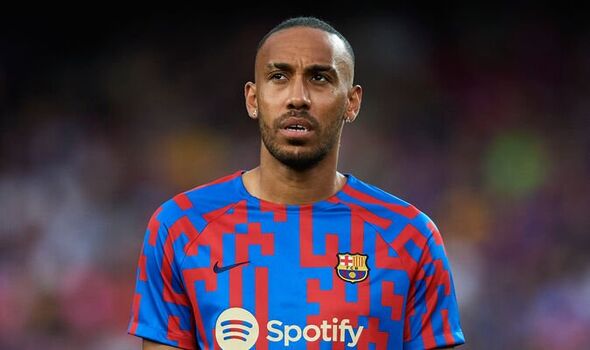 In an interview with Spanish TV, he responded to a question about his future with: “I have nothing to say.” While Aubameyang offered little in the way of insight into his feelings on a potential Premier League return, he refused to rule out the possibility of leaving the Camp Nou just months after he arrived.

The 33-year-old spent three years working with Tuchel at Borussia Dortmund, where he scored at a rate of just under one goal per game. His prolific streak continued after signing for Arsenal in 2018, ending up with an impressive record of 92 goals in 163 matches.

It remains to be seen whether Aubameyang would be willing to betray his former side by signing for rivals Chelsea, with whom Arsenal are expected to battle for fourth spot this campaign. His spell at the Emirates ended on a bitter note as a rift with Arteta saw him stripped off the captaincy and unceremoniously shipped out of north London.

Chelsea have started the season with Kai Havertz, Raheem Sterling and Mason Mount up top as Tuchel opts for a system without an out-and-out striker. Armando Broja can provide that option from the bench and while the boss prevented him from leaving earlier this summer, Aubameyang would bring plenty more pedigree and experience. 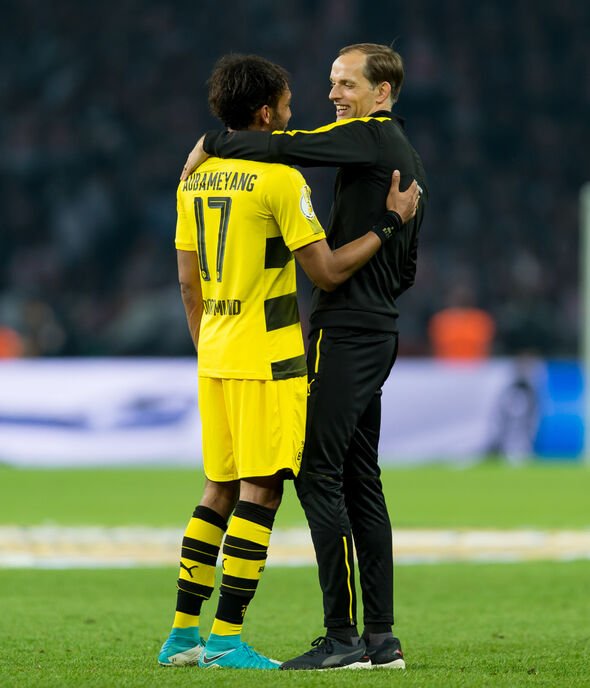 Barcelona could have an added incentive to keep things sweet with the Blues as they try and finalise a deal for left-back Marcos Alonso. The small details are taking a while to iron out despite an agreement on personal terms, with the 31-year-old poised to call time on a six-year spell at Stamford Bridge.

Barca were also interested in signing Chelsea captain Cesar Azpilicueta earlier this summer and despite the player’s desire to leave, Tuchel stepped in. “I am not sure if I want to give Azpi what he wants,” he said. “At some point it is about what we want.”