Home » Soccer » Chelsea vs Liverpool at ‘high risk’ of being postponed

Chelsea’s Premier League clash with Liverpool next Sunday is at high risk of postponement due to the lack of available police and television cameras, according to reports. Several London-based fixtures are set to be subject to police confirmation as mourners travel to the capital to grieve the death of Queen Elizabeth II.

London is set for the biggest police operation in recent history in the days before the Queen’s funeral on Monday, September 19. That leaves a lack of available police for the biggest games on the football calendar.

Chelsea are scheduled to host Liverpool on September 18 but the match is one believed to be of high risk of postponement. The football authorities are trying hard to ensure games go ahead where they can this week, but a lack of available police partly leaves the decision out of their hands.

Sky Sports could also be without enough television cameras, with the fixture set to be screened by the broadcaster. There is a shortage of television trucks due to the wall-to-wall coverage of the mourning of the late monarch. 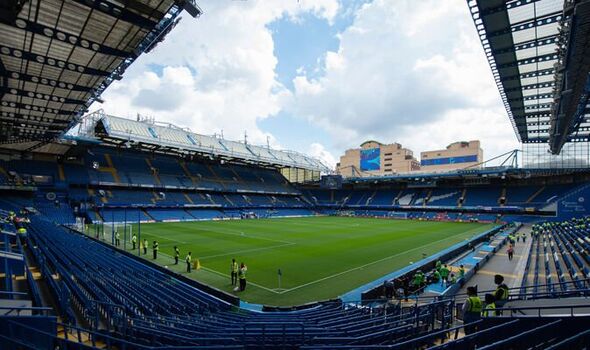 According to the Daily Mail, Sky Sports are low on trucks as their quota are being used by their sister channel, Sky News. The broadcaster is set to televise eight matches across next weekend.

A lack of television trucks has emerged as a complication in talks over whether the game can go ahead. A more pressing concern is the lack of available police who could be deployed at Stamford Bridge and in the surrounding area on the day of the match.

Millions of people will travel to London to pay their respects to the Queen over the next seven days. The police operation required on the ground is being described as one of the biggest in modern history.

Football was postponed at every level over the weekend but is hoping to re-emerge this week. However, London-based fixtures could be at risk of postponement due to the lack of police resources.

The Athletic claimed that one suggestion set to be put forward is for all London clubs to play away from home, regardless of where their match was initially scheduled to take place. That plan would receive huge pushback from clubs and the Football Supporters’ Association.