Frank Lampard insists the relationship between him and Jose Mourinho has always been cordial but accepts their roles as managers of two of England’s biggest clubs has changed the dynamic between them.

Lampard enjoyed some of the greatest success of his illustrious career during Mourinho’s first spell as Chelsea manager, with the duo collecting two Premier League titles, an FA Cup and two League Cups in just over three seasons together.

The current Chelsea boss ended his 13-year playing career at Stamford Bridge in 2014 – one year after Mourinho returned to the club for a second spell in charge – and they will meet again when Tottenham travel to Chelsea on Sunday, live on Sky Sports.

Both teams have enjoyed impressive starts to the season, with Spurs two points above Chelsea in the Premier League table, and Lampard accepts that managing clubs with such a strong historic and competitive rivalry has affected his relationship with his former boss. He said: “I left Chelsea in 2014 and my life went in different directions, and when you are a professional generally you are so consumed and busy in your life that the relationship changes.

“We were always very cordial. If I see Jose, if I talk about him or if we send messages to each other, we’ve always had a good relationship.

“Naturally now, when we are managers of big clubs that are rivals, I think it does change the relationship. Not in a bad way – I’ve got no problem with him. We are very competitive people and we both want to do well.

“I think when I speak about Jose I always show how much respect I have for him. I’ve always felt that back from him.”

Spurs’ visit to Stamford Bridge on Sunday will not only be a clash between two of the country’s most in-form sides, but will also mark the 1,000th match Chelsea have played under the ownership of Roman Abramovich. 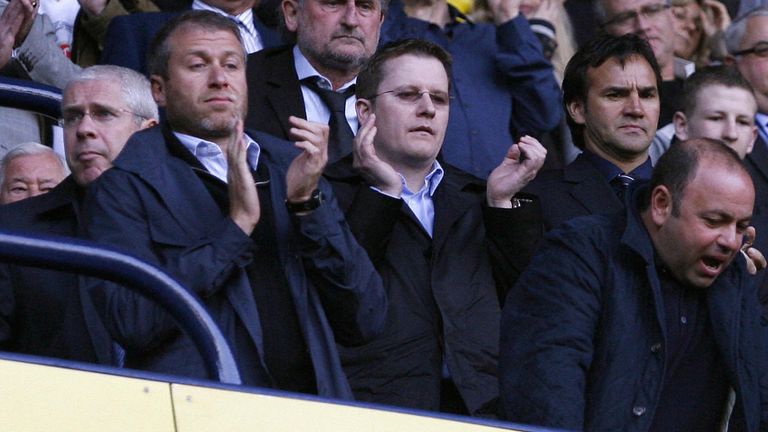 The Russian billionaire helped to transform English football when he bought the club in 2003 and his investment in the playing squad and facilities has helped Chelsea to win 16 major titles during his 17 years in west London.

Lampard has benefitted more than most from Abramovich’s ownership, both as a player and now as a head coach, and he says he is determined to repay the support he has received from the 54-year-old.

“I certainly have always felt his support over the years, as a player when he first came to the club and as the years have gone by – whether he is here or not,” said Lampard.

“I’m very thankful for him doing what he has done for the club because it changed my career as a player. Now I am fortunate enough to be working at this fantastic club as a manager.

“I remember the early days of the Roman Abramovich era and it maybe put a lot of other fans’ backs up that an owner came in, spent some money and we became successful quickly. But I think you can see how we’ve sustained it over a period of time.

“Some of the recent actions over Covid times have shown a big heart and empathy from the owner, because it always comes from him. I’ve been proud to be associated with the club through thick and thin.

“Last year, with the ban, was transitional, and I felt the support of the club. Now we have invested and now we want to improve and that is my job as head coach – to try and take that forward.

“I am genuinely very thankful for what Roman Abramovich has brought to the club and my part of the deal is to do my absolute best to get us back fighting for titles. The gap had opened, now we’re working to try and close it.”

Battle of the Bridge revisited

Premier League leaders Tottenham visit Chelsea on Sunday with their eyes on the title, just as they did four years ago when the London rivals went head to head in what became known as ‘The Battle of the Bridge’.

Tottenham travelled to Stamford Bridge in May 2016 knowing they simply had to win in order to stay in touch with Leicester at the top of the table and remain in the hunt for a first top-flight title since 1961.

However, Mauricio Pochettino’s side made their journey back across the capital with their title hopes up in smoke after what has gone down as one of the most bad-tempered clashes in Premier League history.

So what exactly happened in west London that night? Why was it such an ill-disciplined contest and what was the fallout?

Tyler Adams’ game-winning Champions League goal is big for him, but massive in boosting USMNT