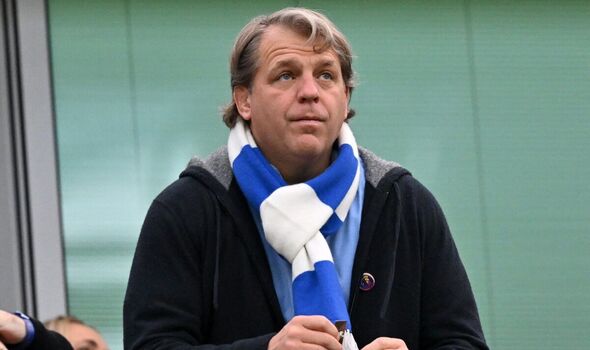 Chelsea will have to find a new way to structure their deals after exploiting a loophole in UEFA’s transfer guidelines with the football governing body reportedly now rewriting the rulebook. Todd Boehly has made plenty of noise in the short time he’s been at the helm of Chelsea after the consortium he led bought the west London club in a deal worth up to £4.25billion.

He didn’t take long before backing Thomas Tuchel in the market, with big money spent on Raheem Sterling, Marc Cucurella, and Wesley Fofana among others. And that spending has continued in the January window with five new signings arriving at the club, as well as Joao Felix joining on loan until the end of the season.

In total, Chelsea have already completed deals worth a combined £460million and that could even continue with the Blues still looking to do business in the final week of the January window. But their agreement to sign Mykhaylo Mudryk from Shakhtar Donestk raised a number of complaints from rival Premier League sides.

Those complaints have reportedly seen UEFA move to act with Chelsea able to find a loophole in the system which allowed them to circumnavigate Financial Fair Play rules. Chelsea signed Mudryk on an eight-and-a-half-year deal while Benoit Badiashile also joined on a contract longer than the usual ones dished out by clubs.

It’s been reported that Chelsea have been able to use amortisation to spread the cost of those transfers for the duration of those contracts. The deals have now caught the attention of UEFA officials, who the Daily Mail now claim are set to bring in tighter restrictions on such deals taking place.

The report states that UEFA will ‘close the loophole’ once and for all, putting a stop to Chelsea continuing their transfer trend. It won’t reportedly affect any of their current signings, but it will mean that they need to find a new plan in the future.

Liverpool boss Jurgen Klopp “couldn’t explain” Chelsea’s lavish transfer outlay, but appeared to take a dig at the club for not believing in improving the squad from within as opposed to bringing in more and more players. “I don’t think Chelsea can do this in the same manner for the next 10 years – I don’t know, maybe they can,” he said.

“Other teams will have ups and downs and we just have to be there. I can’t see investment stopping in the future and that means we have to do it as well. We don’t talk about now because it’s always slightly different, but in general. I believe in coaching, I believe in developing, I believe in team-building and using those things 100 per cent.

“Meanwhile there are so many good managers out there it’s crazy so they believe in that as well – and if they start really properly spending and do those things as well, then you cannot not spend or you will have a little bit of a problem. The moment you build a new team, it doesn’t mean you have to build it every year new, (you) give players the chance to make the next step.

“We have quite a few of them already here. Then a lot of things are possible again. That’s the plan for the future. It’s not worrying that other teams can spend, it’s probably a matter of fact. We have to react to that as well but not just to that.”