Chelsea may have inadvertently helped Arsenal to move one step closer to signing Thomas Partey from Atletico Madrid, as Bayer Leverkusen weigh up a swoop to sign Hector Bellerin from the Gunners. The Paris Saint-Germain-linked right-back is also on Leverkusen’s radar with the German club boasting healthy cash reserves after selling Havertz last week.

The 21-year-old Germany international completed a long-awaited move to west London in a deal that could cost up to £71million including add-ons, per BBC Sport.

On top of the fee gained from the sale of Kevin Volland to Monaco, Leverkusen now have plenty to play around with as they look to rebuild their squad, which finished 19 points off of champions Bayern Munich last term.

And the Daily Telegraph claim that Bellerin, who has been at Arsenal almost a decade, is one of their targets in defence alongside Tottenham’s £17m-rated Serge Aurier.

Aurier would be much cheaper but the Ivorian has fallen out of favour under Jose Mourinho at Spurs after a series of errors so former Barcelona full-back Bellerin may be seen as a safer option for the German side, with PSG said to also like the Spain international. 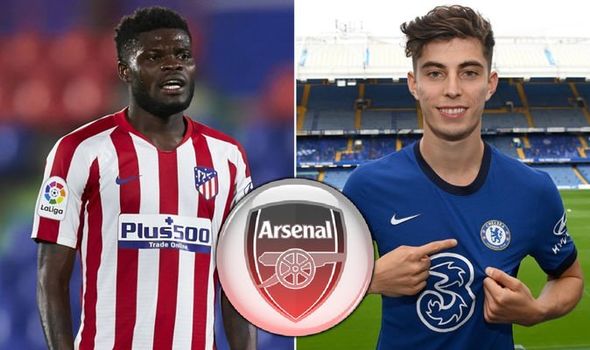 Still just 25, Arsenal would want a big fee for their first-choice right-back, reportedly as much as £35m, although they are said to be willing to sell.

While it has also been claimed that German giants Bayern, who beat PSG in the final, are also interested.

Arsenal may have to drop their valuation of Bellerin slightly if they are to agree a deal with Leverkusen but brokering a deal at around £30m would be a significant boost to the north Londoners’ chances of signing Partey, who it has long been established is Mikel Arteta’s top summer target.

The Ghanaian has proven out of reach so far this summer as Atletico demand his £45m release clause be paid in full, refusing to agree to a player-plus-cash deal.

Though Arsenal recently agreed a £22m deal rising to £27m for centre-back Gabriel Magalhaes, they are short on cash and are reliant on player sales if they are to make more additions.

As Arteta priorities the recruitment of a top-class midfield enforcer, Bellerin is one player who could bring in a healthy fee even if in an ideal world, Arsenal would not have to sell the man Arteta sees as his go-to option on the right-hand side.

Arsenal will know Leverkusen have plenty to spend after the club-record sale of playmaker Havertz and will not let Bellerin leave cheaply, but must know £35m is unlikely to be feasible for a player still getting back to his best after a lengthy time out with a knee ligament injury.

Bellerin is one of Arsenal’s more senior players in the dressing room having amassed over 200 first-team appearances for the club since arriving as an academy prospect from Barca in 2011.

He has regularly been tipped to return to the Nou Camp but his career progress was halted by a severe knee injury in February of last year.

And Arteta has Cedric Soares and Ainsley Maitland-Niles as alternatives options at right wing-back if he persists with his three-at-the-back system, which may convince him to part ways with Bellerin.

Selling the defender would go a long way to providing the funds for a serious attempt at prising Partey from Atletico.

It has been previously claimed that Partey would be receptive about a move to the Emirates despite there being no Champions League football on offer at Arsenal. 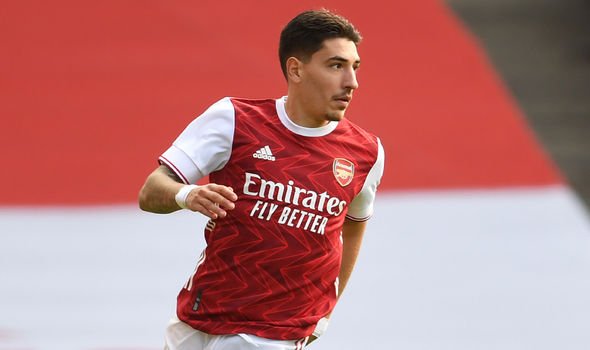 And he would help offer the kind of technical and physical qualities, defensively and offensively, to help take Arteta’s team up another level as they seek a top-four finish this term.

Arsenal have already signed Cedric and Pablo Mari to permanent deals as well as bringing in Willian on a free, buying Gabriel from Lille for an initial £22m and most recently re-signing Dani Ceballos on loan from Real Madrid.

FA Cup winner Ceballos said after rejoining: “I’m very pleased to be back with Arsenal – I’m very happy to have come back to a club where I feel important.

“It’s true that I had other options, such as staying at Real Madrid and going back to the Spanish league, where there were teams interested in me.

“I spoke to the coach last year, before the [FA Cup] final, and told him that I wanted to stay at Arsenal and win titles. 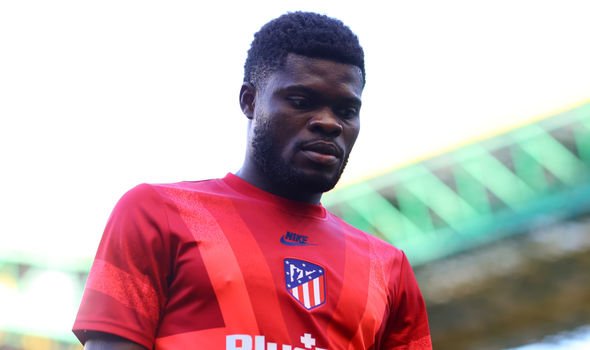 “I’d been really happy with what Mikel had built at the club since he came in. I had a great time at this club last season and there was never any doubt in my mind that I wanted to come back.

“I think everybody can see what Arteta is doing at the club. He’s only been here for eight months. There were three competitions we could fight for.

“We got knocked out of the Europa League, unfairly in my view, but then we won the FA Cup and the Community Shield, which were well-deserved titles.

“More than that, though, it’s about what he’s created here – there’s real positive energy in the dressing room, the players are happy and everyone is doing their bit.

“We’re bringing through young players, which I think is really important for this club, because it’s something that’s always been done here.

“Mikel is the right person to get this club back to where it deserves to be, which I believe is in the Champions League, competing against the best teams in Europe.”