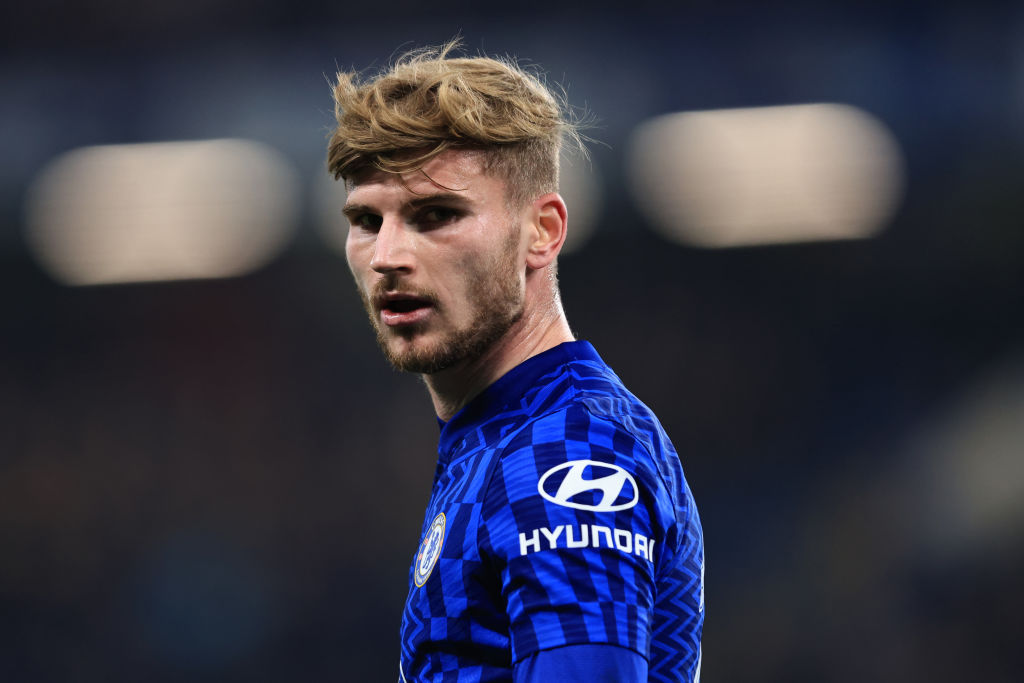 Timo Werner insists he has no regrets over his decision to snub Liverpool in favour of Chelsea as the two teams prepare to meet in the FA Cup final.

Germany forward Werner was close to joining Liverpool in the summer of 2020 but eventually signed for Chelsea in a £47.5m deal from RB Leipzig.

Werner has endured a turbulent spell at Stamford Bridge, helping Thomas Tuchel’s side win the Champions League, Club World Cup and Super Cup but struggling to nail down a starting position and receiving criticism for his inconsistency in front of goal.

The 26-year-old will look to secure a fourth trophy since joining Chelsea on Saturday when the Blues face Liverpool at Wembley in the 141st FA Cup final.

Asked how close he came to joining the Anfield club before his move to Chelsea, Werner told the Evening Standard: ‘The only thing I can say is they have a German manager.

‘I have known him for many years before, because when I was in Stuttgart, he talked about going to Dortmund. Then I played not so well, so it was done.

‘When I was in Leipzig, I had the possibility to come to the Premier League. Liverpool were also in my thoughts and were a big possibility for me, but at the end I decided for Chelsea and I won the Champions League title last year. It was not the worst decision.’

Werner also hailed Liverpool boss Jurgen Klopp, who excelled in Germany before moving to Merseyside and has since won the Premier League and Champions League.

‘He is one of the best coaches we had in Germany,’ Werner added. ‘Not to attack our manager, but over the past years he won the most titles.

‘He has a very nice personality – a personality that the German people love, because he seems like fun.

‘The Germans love the types like Thomas Muller, Jurgen Klopp – they have empathy. They say what they think, and that is really important in this business, to not fake something.

‘He’s real. He is a funny guy and also, with his power on the sideline, he tries to bring the people with him. That’s what we Germans like.’

Chelsea will also have a world-class coach on the sidelines for Saturday’s FA Cup final. Tuchel led the Blues to Champions League glory last season and is set to take charge of his second FA Cup final in a row.

Asked about the qualities of his own manager, Werner said: ‘He is on a level now where, when you say who are the best managers, you have only now Klopp, him and Pep Guardiola maybe.’

Chelsea will look to win their ninth FA Cup trophy tomorrow, while Liverpool can join the Blues on eight titles if they repeat their EFL Cup final success at Wembley.